1 dead after helicopter crashes into townhouses near William & Mary

Update from state police: 'We cannot get into the building'  because of hot spots

WILLIAMSBURG, Va. – At least one person was killed after a helicopter crashed and sparked a fire at the Bristol Commons Townhomes near the College of William & Mary in Williamsburg Sunday afternoon.

Virginia State Police said troopers responded to a 911 call about an aircraft crashing into a "residential structure" in the 1100 block of Settlement Drive just before 4:45 p.m.

Officials at the College of William & Mary said the crash happened near the Dillard Complex.

Here is a photo right after the crash. Witness says he will never forgot the sound of the helicopter colliding with the side of this townhome complex. @CBS6 #Willamsburg pic.twitter.com/VINxzPoIsp

"The impact of the crash caused a fire within the townhouse structure," troopers said.

Photos from Kaeley Clardy show firefighters batting a blaze at the building.

Chopper video from the area from after 6:30 p.m. showed most of the flames had been knocked down and firefighters working on the ground.

The crash happened at the Bristol Commons Townhomes in #Willamsburg. One resident told me he spoke to a man who was 10 feet away from where the aircraft struck. That man was able to get to safety. No official word yet on injuries. @CBS6 pic.twitter.com/qjlPqhAAWw

State police said there was one confirmed fatality inside the townhouse complex as of 8:15 p.m.

"Federal, state and local police, with the assistance of the Williamsburg Fire Department, are working to locate and identify the pilot of the helicopter," troopers said.

Another image from directly after the crash. The man who took it says police responded within 30 seconds of crash. He thinks they may have known the helicopter was in distress prior, but no official word on if that is the case. #Williamsburg @CBS6 pic.twitter.com/JX4v5D06qr

A witness told Burns that he will never forgot the sound of the helicopter colliding with the side of this townhouse complex.

"One resident told me he spoke to a man who was 10 feet away from where the aircraft struck," Burns said. "That man was able to get to safety."

NEW: video from right after helicopter crash in #Williamsburg. Heard from one surivor that the whole experience was surreal. She spoke through tears, saying her dog is likely lost and her possessions. Neighbors here are sheltering and caring for the survivors. @CBS6 pic.twitter.com/JtmY3rYTtq

That witness suspected that authorities may have known the helicopter was in distress prior since he estimated crews arrived "30 seconds" after the crash. However, there has been no official word if that is the case.

Additionally, Burns said parts of the helicopter were strewn across the complex’s parking lot and driveway.

Officials said the FAA and NTSB are investigating what caused the crash.

The crash remains under investigation and officials said the processing the scene could take two or three days. 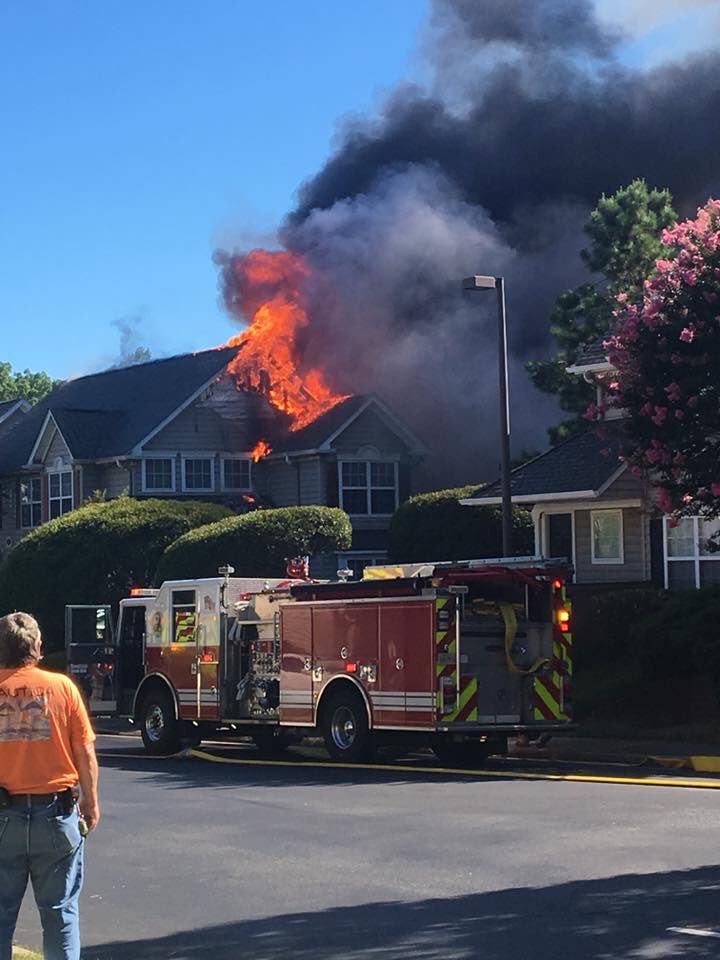