SUV snaps pole in half, pulls down wires on Southside

RICHMOND, Va. — Jaw-dropping photos show the damage left behind in a hit-and-run crash where a driver slammed into a power pole in Richmond’s Manchester neighborhood early Saturday morning.

That is where officers found a blue Chevrolet Suburban that had run onto the sidewalk next to the Hopper Lofts apartments and crashed head-on into a power pole.

Arturo Flores Montes captured photos that show the impact of the crash left the SUV with a crumbled front and snapped the pole in half.

That sheared pole – and wires – were left teetering on the rear of the vehicle’s roof.  The impact also damaged two adjacent power poles. 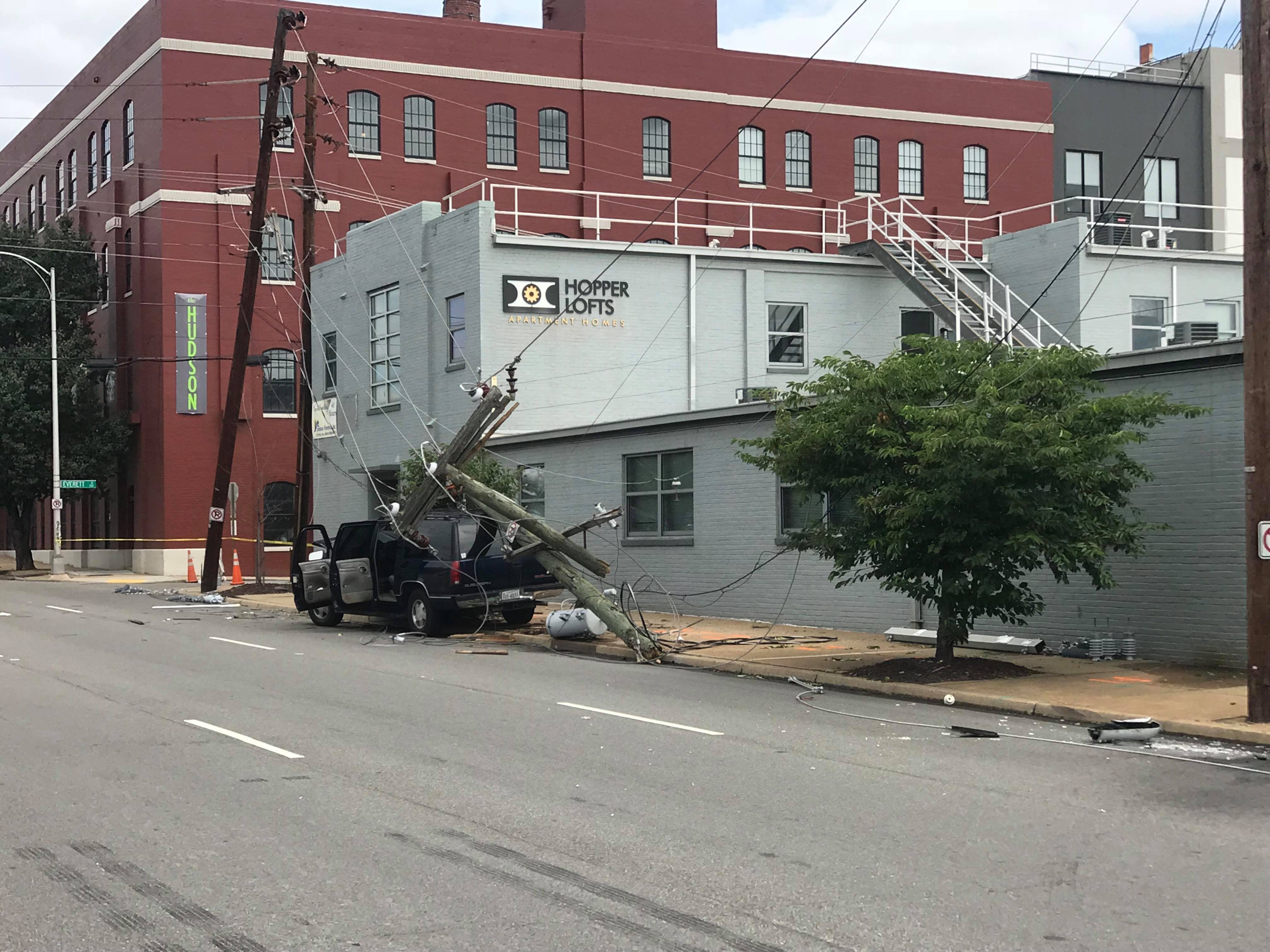 There is no word if anyone was injured since police said the driver ran away from the scene.

Police are looking for the driver.

Montes said that when he snapped the photos the car was empty.

Officers as well as Dominion Energy and Richmond Public Utilities crews were on the scene restoring power and cleaning up the damage.