Trailer hauling 70,000 pounds of ground up tires overturns on I-95

HENRICO COUNTY, Va. – A trailer hauling 70,000 pounds of ground up tires overturned on Interstate 95 Monday afternoon after being involved in a crash. 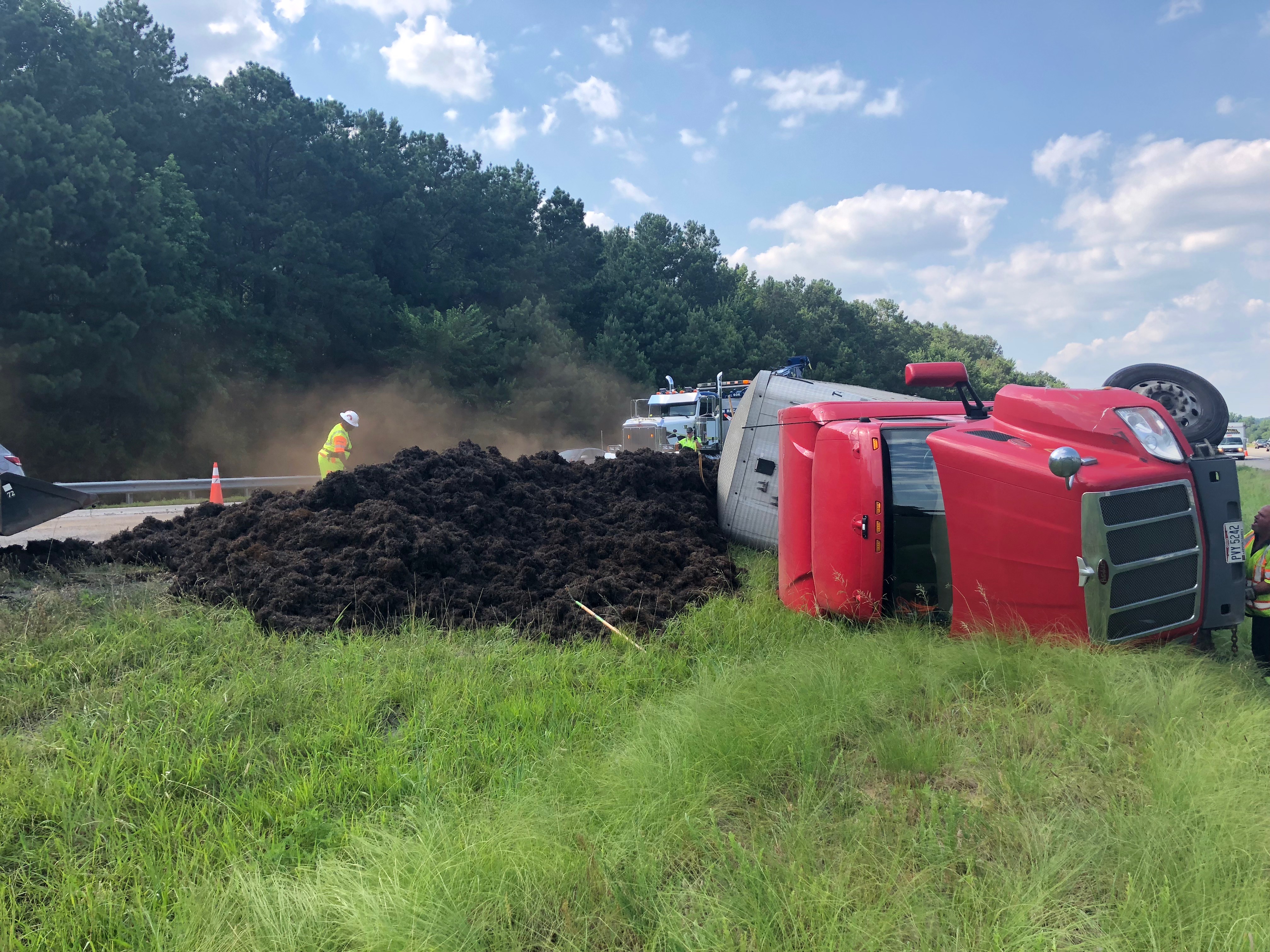 “The Trooper’s preliminary investigation reveals that a 2006 Chrysler Sebring, driven by Christine M. Chambers, 61, of Maryland was attempting to merge back into traffic from the gore area that divides the interstate,” Virginia State Police spokesperson Sgt. Keeli Hill said.  “As a result, a 2015 Peterbilt tractor hauling 70,000 lbs of ground up tires, driven by Matthew Martin Jr., 32, of Fredericksburg, Va., struck Chambers in the rear forcing the truck to jack knife and overturn. A portion of the load was lost.”

Martin sustained minor injuries but was not transported to the hospital. No other injuries were reported. Both drivers were wearing their seat belts.

Chambers has been charged with failing to obey highway lane markings.