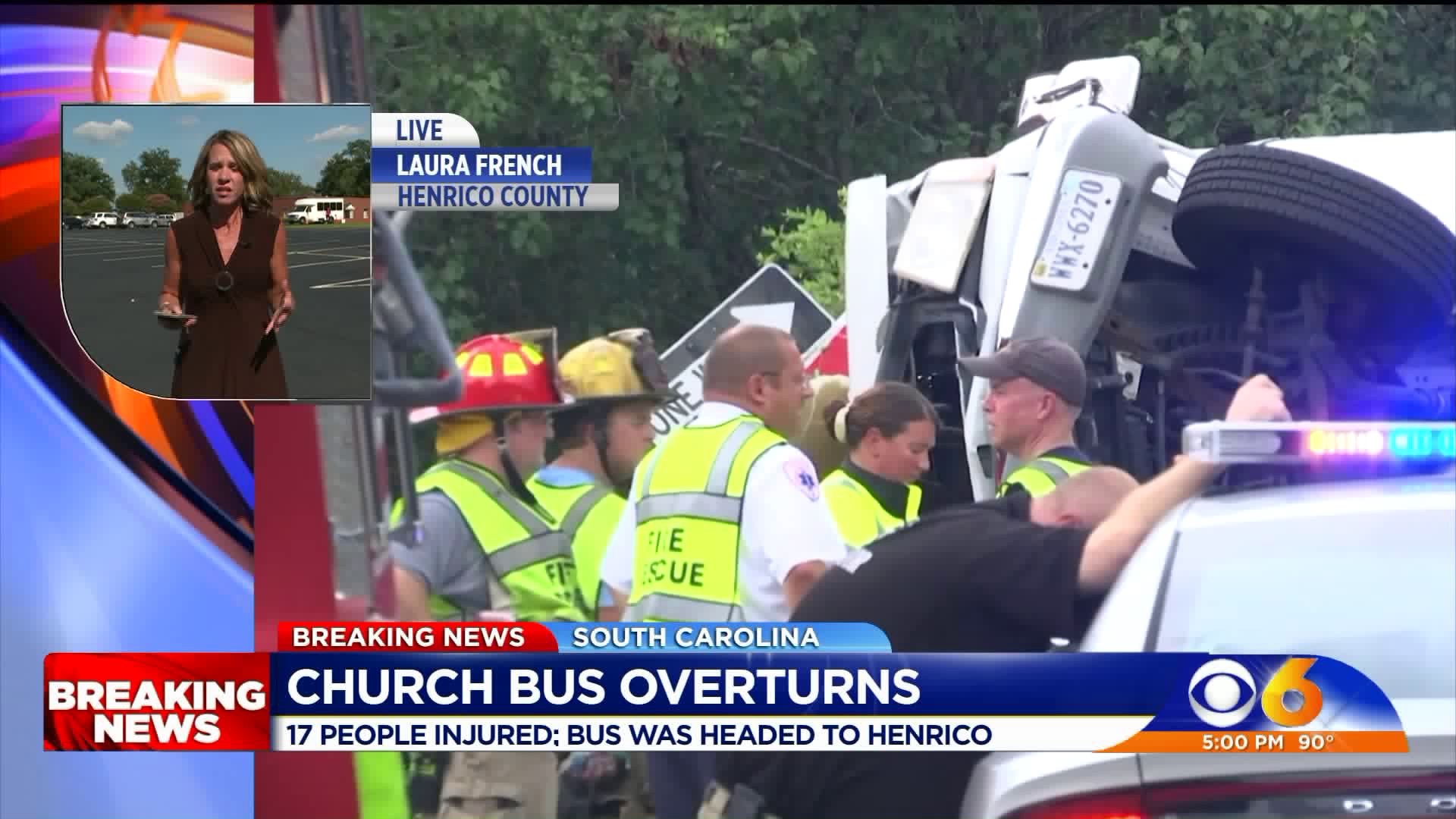 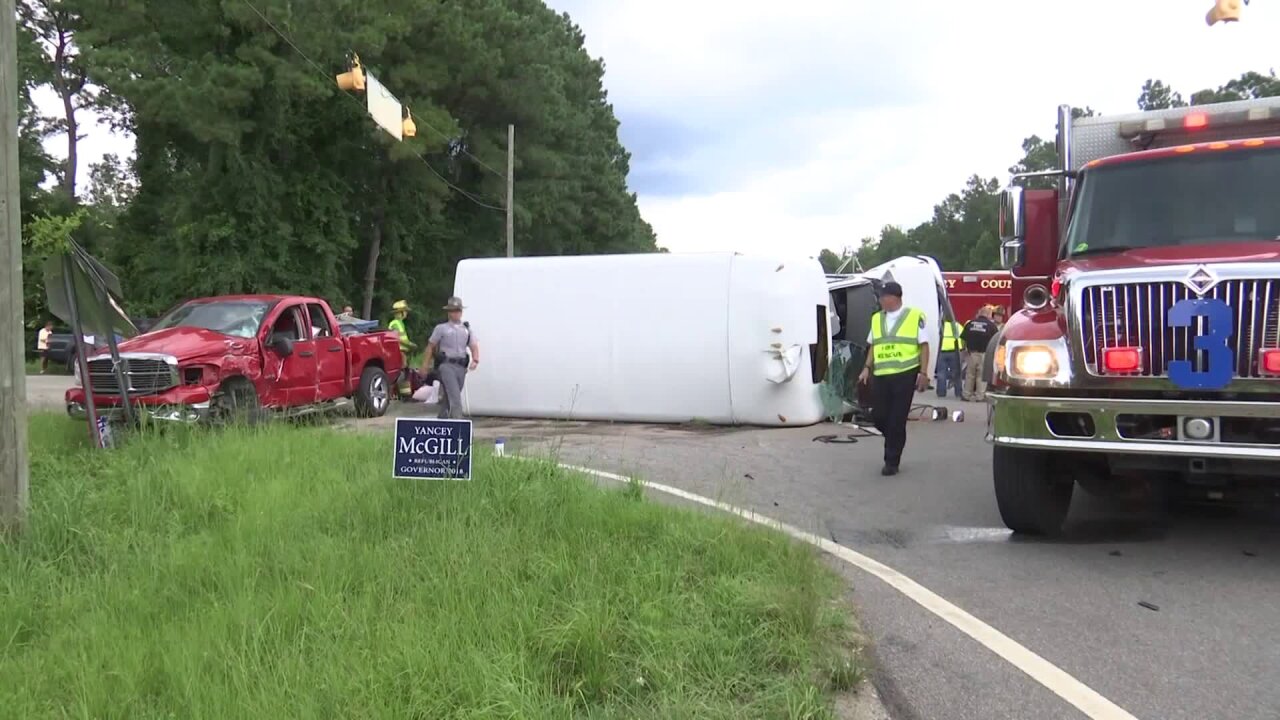 LORIS, SC  -- Multiple injuries were reported aboard a church bus from the  Ridge Baptist Church in Henrico County that crashed in South Carolina.

A tweet from the Horry County Fire department said crews responded to the intersection of Green Sea Road and W. Highway 9 Bypass for an overturned bus with multiple injuries around 1:15 p.m. Friday. 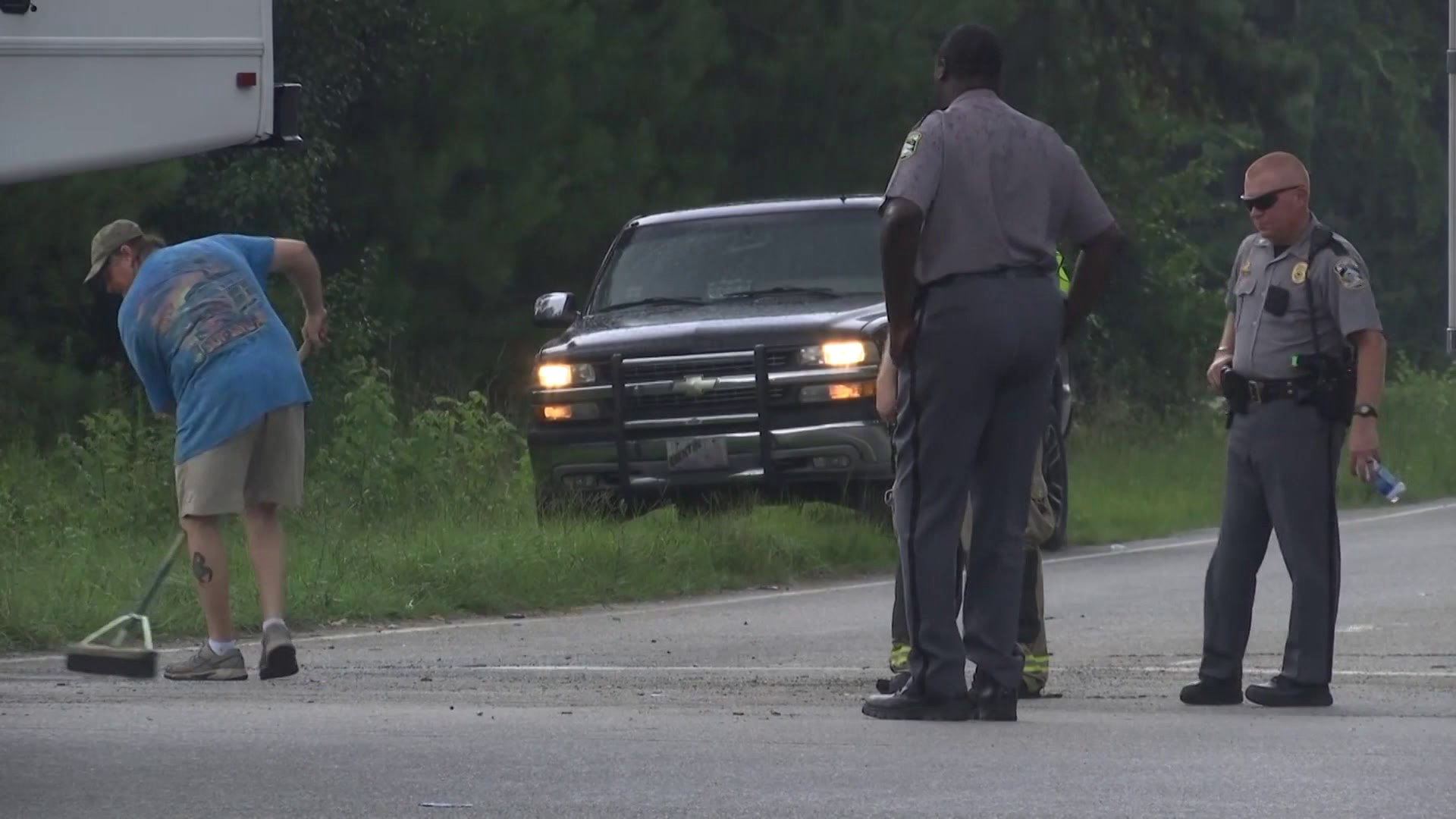 The crash involved two cars and the bus from Henrico, officials said. The church was there for a mission trip, reports WBTW.

Police said the bus failed to stop for a stop sign and was struck by a pickup truck. Another car was at the stop sign at the intersection and was hit, but Collins couldn't confirm if the car was hit by the truck or the bus.

Horry County Fire Rescue  Public Information Officer Mark Nugent said 11 teenagers and two adults were on the bus and a child was extricated from the bus.

Of the three critical patients, one was in the other cars involved, one was a child on the bus, and one was an adult on the bus, the station reported.