HENRICO COUNTY, Va. – Eight people have been injured, one seriously, after a crash involving a car and a GRTC bus in eastern Henrico, according to Henrico Fire.

The crash shut down Route 60 in both directions at JB Finley Road in Sandston.

The crash happened after a car, coming from the opposite direction, crossed the double yellow lines and struck the bus head-on, according to GRTC spokesperson Carrie Rose Pace.

Video from the scene shows shattered glass on the driver side window of the GRTC bus. 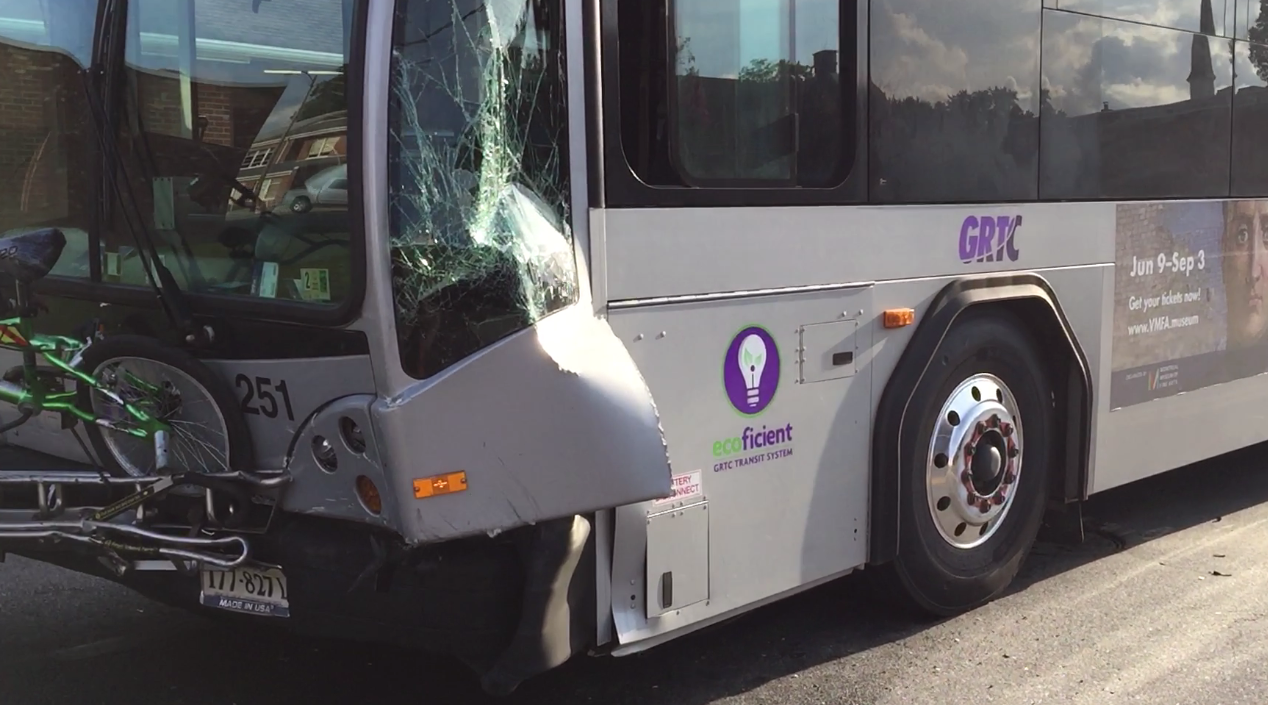 The GRTC bus driver and a passenger were transported to the hospital with minor injuries. Five bus passengers declined to be transported.

The driver of the car was also transported to the hospital. Charges will be filed against that driver, according to Henrico Police.