The credit cards were stolen from a vehicle in the 6300 block of Mechanicsville Turnpike on June 16, 2018, according to the Hanover County Sheriff’s Office.

During the theft, deputies say the suspects smashed the driver’s side window and stole the victim’s wallet from the vehicle. 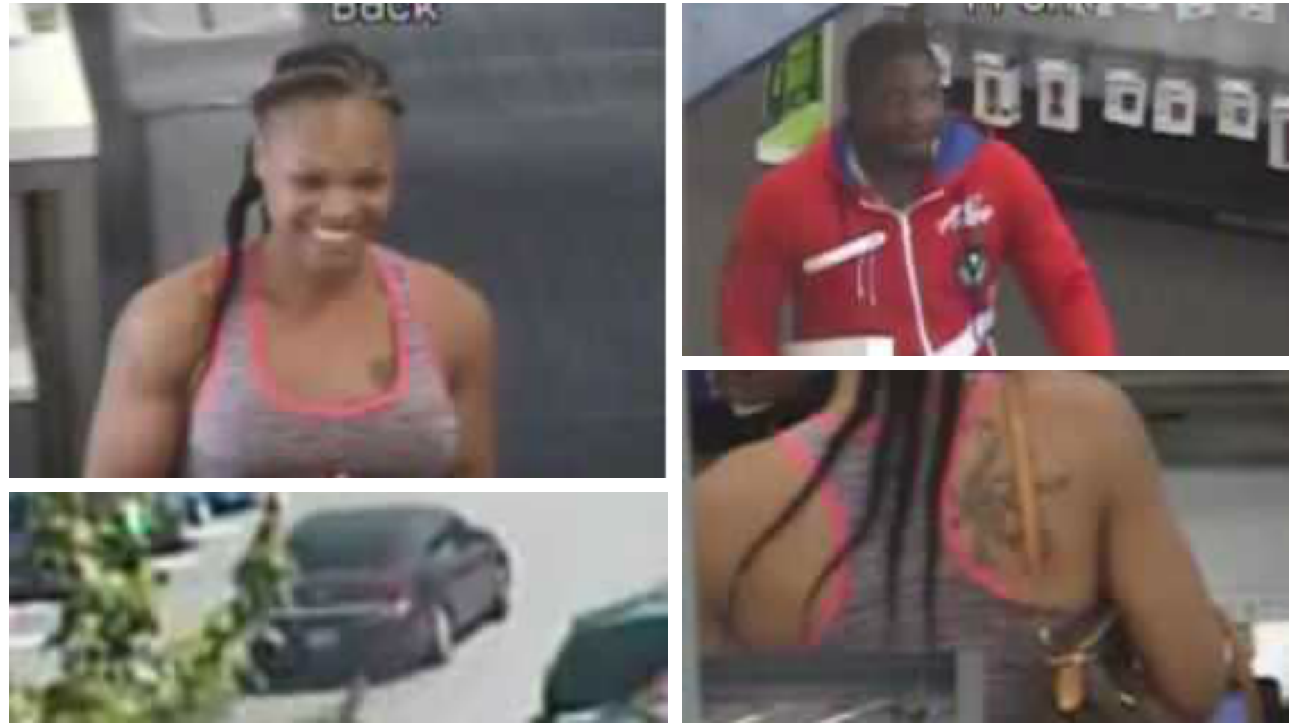 Shortly after the larceny occurred, the victim’s credit cards were used at two separate businesses in Mechanicsville and then another business in Henrico County.

Surveillance photos captured images of the suspects and their vehicle after using the stolen credit cards.

Anyone with additional information about this incident, or who can help identify these suspects, is asked to contact the Hanover County Sheriff’s Office at (804) 365-6140 or the Metro Richmond Crime Stoppers at (804) 780-1000.