Southside apartment floods 5 times: ‘Coming in under my baseboards!’

RICHMOND, Va. – Dark clouds have become an ominous sign for some tenants at Abbington Hills Apartment, owned by Weinstein Properties.

Tenant Leah Ley said her apartment has flooded five times in the past six weeks, and each time she captures the soggy mess on video. Ley contacted the city after the third bout of flooding, and an inspector came out and cited the property owner.

Ley, who moved to the complex in February, said they were told there could be structure damage that could warrant condemnation.

“The city can condemn my property and that immediately terminates my lease...and gives me 24 hours to vacate the premises,” she said.

Ley contacted the CBS 6 Problem Solvers after two more rounds of flooding this past weekend. 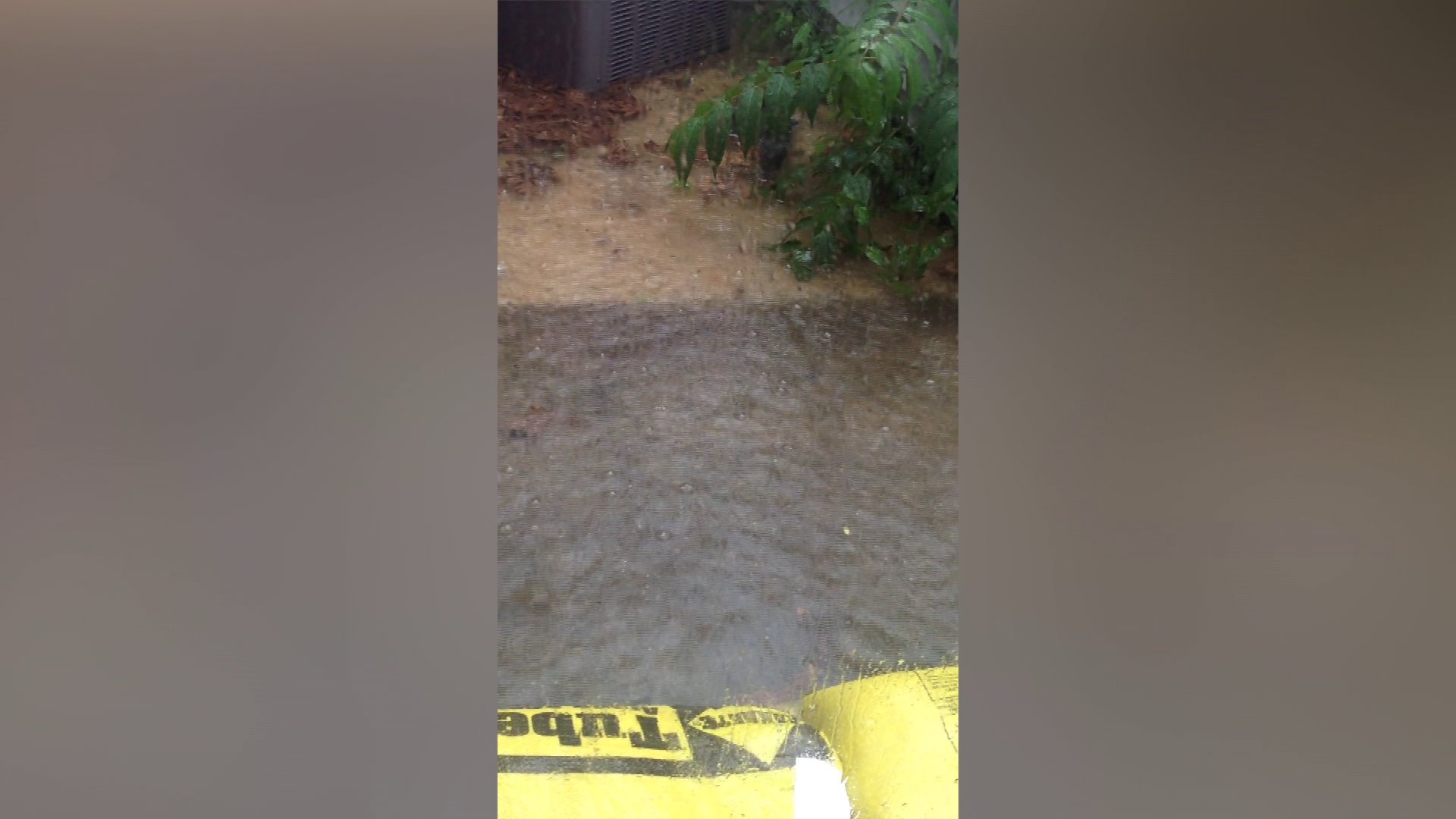 She said the property owner did previously put her family and her neighbors up in a hotel twice, but she`s upset the drainage problem outside of her unit still isn`t fixed. The city required that

Property officials said they are required by the city to fix the drainage issue, but added that they are in the process of getting proposals from contractors. Ley points out that they have had weeks to secure a contractor.

Ley is worried that the walls and floored repaired by the complex are now compromised because the flooding has happened again since then.

“Even with less rain we’re still getting more water in and it's not so much coming in the front door as it is coming in under my baseboards,” she explained. “Water was meant to run around the building and into the parking lot but it's going into my living room.”

Ley believes the complex should relocate her and her neighbors to other units, which she said she saw advertised on Craiglist as available in mid-July. She showed printed copies of the two ads she has seen for units at the same address that were never offered to her.

Weinstein Properties manager Regina Banks said there are no available units at that site, but she said as they work to remedy the drainage problem their offer to relocate them to another property is still on the table.

Ley said what Weinstein actually did was offer to terminate the lease at no charge and give her a new lease at another property, but at higher cost.

Reach out to Problem Solvers