Surveillance video captured both suspects entering the store. Police say one suspect displayed a gun and demanded cash from the clerk. After the clerk complied with the demands, police say the suspect fled the store.

Police say the second suspect acted as a lookout during the robbery. 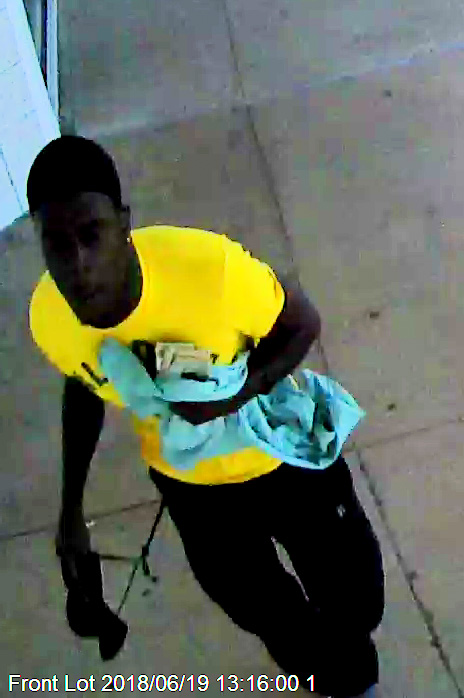 The suspect who entered the business is described as a black male in his 20s. He was wearing a black bucket hat, a yellow shirt, black pants and gray tennis shoes. He held a cloth over his mouth during the robbery.

The suspect who acted as lookout is described as a black male wearing a white shirt, black pants and light-colored shoes.

Police continue their investigation into this incident. Anyone with information should contact the Chesterfield County Police Department at 804-748-1251 or Crime Solvers at 804-748-0660 or through the P3 app.