THORNBURG, Va. -- Deputies area are looking for the person responsible for illegally dumping tires numerous times near a hotel in Spotsylvania County.

Richard Bowles, who runs the Holiday Inn Express at the Thornburg Exit off Interstate 95, said someone started dumped a large pile of tires where Dan Bell Lane dead ends about a month ago.

"We've had about four dumps of tires," Bowles said.

Those four times left 300-plus plus tires along the private road with two hotels nearby. Additionally, the land that surrounds the site is private, so the county stepped in to clean up the mess.

"Approximately three, 30 yard containers (about 300 tires) were removed Wednesday, June 6.  The County cleanup involved five staff.  The cost to dispose of the tires is estimated at over $3,000," county officials said in a statement sent to CBS 6.

Bowles said that two huge piles of roofing materials were dumped at the same spot about three years ago.

That was cleaned up and the area stayed relatively clean until last month.

With the cleanup completed last week, Bowles decided to install cameras in the area.

Less than one week later, more tires appeared, but time other items were also mixed in.

Richard Bowles points out the latest pile of tires and trash dumped near the hotel.

"This is a lot of garbage, other elements, sign post, buckets, it could be something very hazardous," Bowles said.

The tires and debris sit in front of a "No Dumping" sign installed by county officials after the June 6 cleanup.

But this time Bowles' cameras captured the culprit.

"This was actually about 7:30 at night in the daylight," Bowles explained. "[It was a] very bright teal green dump truck".

The photo also allowed Bowles to learn a guest at his hotel had seen what appears to be the exact same truck dumping tires last month. 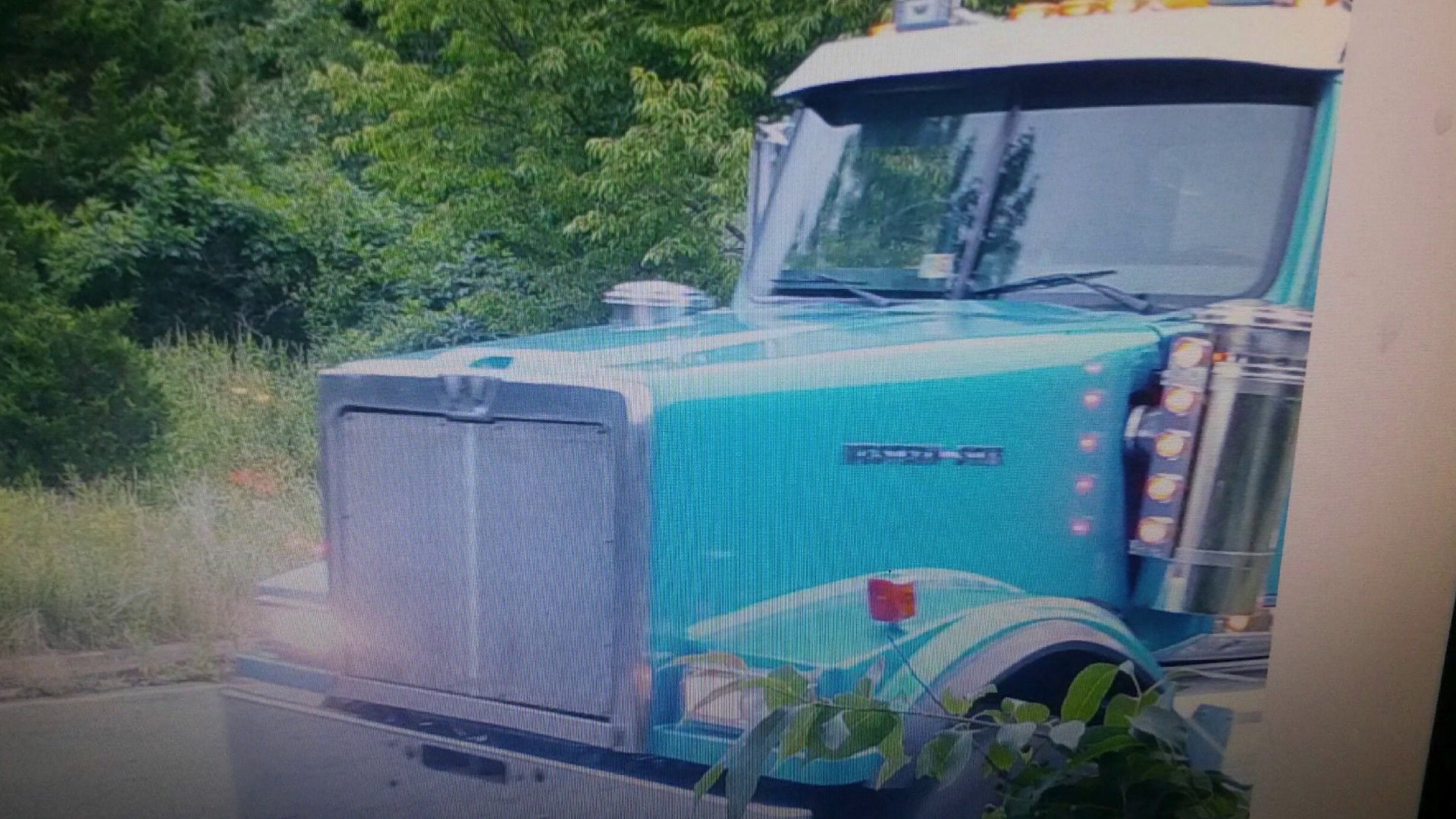 In a statement to CBS 6, Spotsylvania County officials urged residents to help fight illegal dumping by reporting it:

"The Spotsylvania County Department of Public Works assists residents in dealing with illegal tire disposal several times each year.  The illegal dumping of tires can have major negative impacts on our community, the environment and the quality of life enjoyed by our commercial and residential property owners.  Illegally dumped tires can also lead to public health concerns, such as providing mosquito breeding sites.  In addition, illegally dumped tires results in increased costs to the local taxpayer for proper disposal."

The Department asks that the following steps be taken to report illegal tire dumping in the county: