PETERSBURG, Va. -- A tow truck driver barely escaped a potentially deadly situation when a giant piece of metal crashed through his windshield along Interstate 95 Tuesday morning.

Mike Hulford said he was driving on I-95 south, headed to a call in Petersburg, when he spotted an object coming from the northbound lanes. He was just inside the city limits around 8 a.m.

Hulford said he swerved a “little bit to the left” just before the impact. He move likely saved his life, he said, since the object missed him by “less than a foot."

Hulford said he was still driving about 60 mph with a shattered windshield.

"There was about a 4 or 5-inch hole in it and it just sprayed glass everywhere," Hulford said.

Tricia Palmer, the owner of B & T Towing, said what happened before and after the impact illustrated Hulford’s skill behind the wheel.

"He could have hit the jersey wall, he could have went into traffic, he could have ran somebody over,” Palmer said. “The control he showed by keeping it together, swerving, not hitting anything or anybody else, says a great deal for him and his ability to drive."

Once Hulford stopped, he discovered the culprit: "It's a piece of quarter-inch, three by three angle iron about a foot and a half long."

Both Hulford and Palmer said there was no way to find out where the giant piece of metal came from or how long it had been on the interstate.

"I'm just glad it hit me instead of some young kid driving down the road,” Hulford said.

Hulford said everything happened too fast for him to be scared. That said, when he looked over the damage later, he said what happened was frightening. 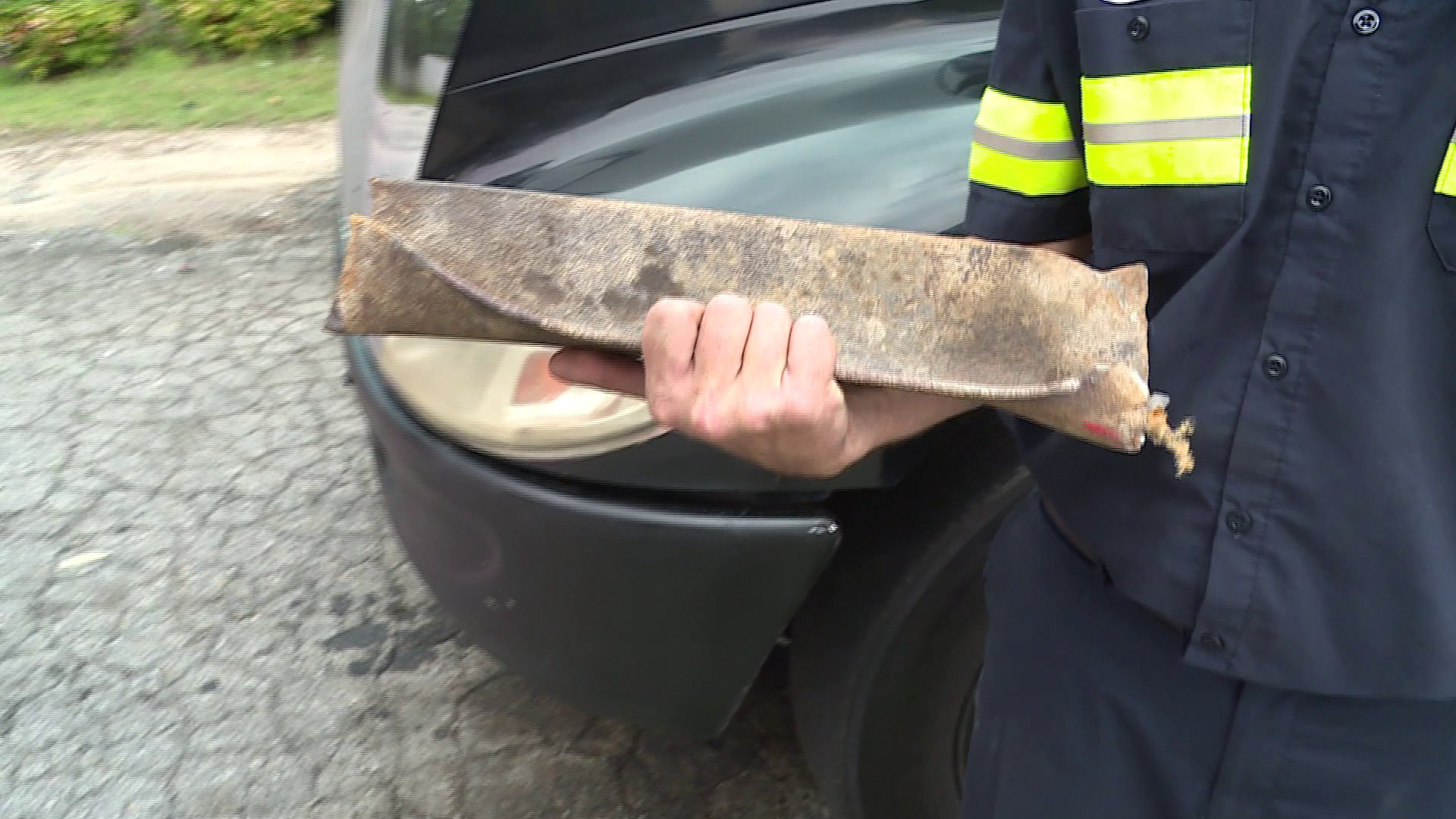