Paralyzed veterans compete in fishing tournament on the James River

HENRICO COUNTY, Va. -- Paralyzed veterans from across the country competed in a fishing tournament on the James River Sunday.

Dozens of veterans weighed in their catches at Osborne Landing for the final day of the Mid-Atlantic Paralyzed Veterans of America Bass Tournament.

Raymond Kenney, Vice President for the Mid-Atlantic Chapter for Paralyzed Veterans, was out fishing during Sunday's event -- just like he's done in many years past.
But things haven't always been smooth sailing for Kenney.

Kenney served in the military for four years, getting out in 1982. More than a decade later, the real trial began.

"Just when I came over the overpass, I fell asleep behind the wheel, and went into the oncoming traffic. The car hit me in the side, rolled it over," Kenney said.

He went on to describe the next moments he remembers.

"I woke up I was at MCV. And I cracked the bone in my neck. It was like a light switch -- so from here down -- I do thank God have some feeling -- but not as much, not normal."

Years later Kenney found the group, Paralyzed Veterans of America, where he could help others like him.

"Just being there to talk, conversate... listen," Kenney said.

Veterans who couldn't walk were given the opportunity to go out on a boat, Sunday, to try to catch the biggest fish -- to prove 'can't' is just a word.

"Either you do or you don't. You don't have no choice," Kenney said. 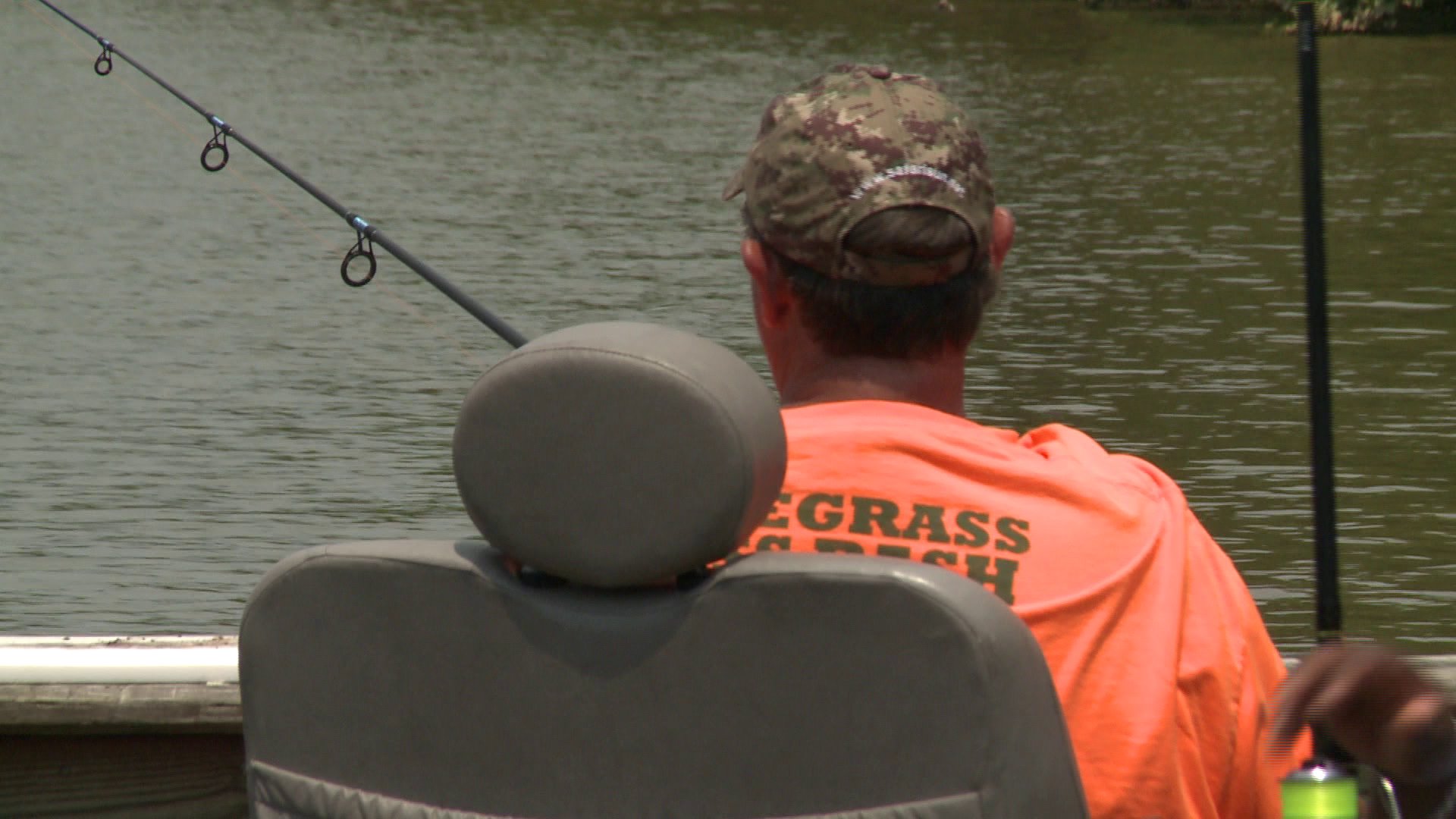