CLEVELAND, Ohio -- A house explosion in a suburban neighborhood of Cleveland left one person dead and another critically injured, Cleveland Fire officials said.

Photos of the explosion's aftermath from Cleveland Fire show a stunning scene of destruction, with debris thrown all about the area. Several neighboring houses also suffered damage in the incident, as the explosion knocked down walls and blew out windows.

Sgt. Jennifer Ciaccia of the Cleveland Police Department said the original call was for "wires down" at 1067 East 125th Street and that EMS and the fire department were notified and were responding.

The entire area around the explosion is closed.

Neighbors told WJW that the impact from the blast blew out windows five homes down. 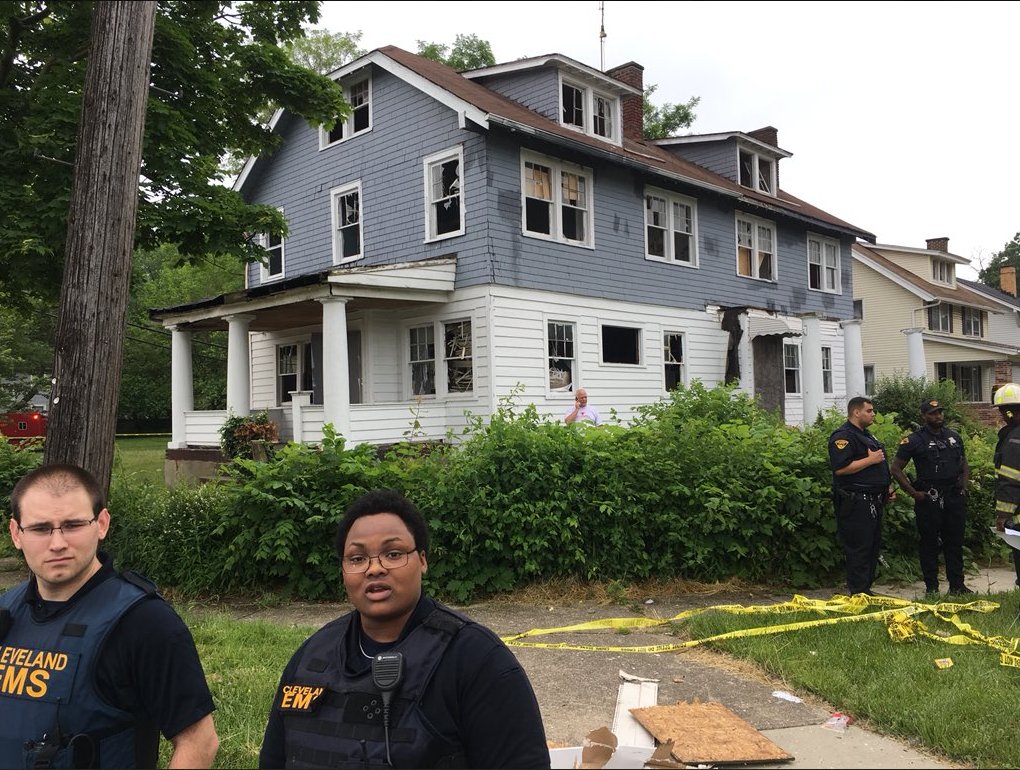