4 vehicles hit, arrest made after police pursuit through Chesterfield

CHESTERFIELD COUNTY, Va. – Several vehicles were damaged, and no one was injured Thursday after a police pursuit through Chesterfield County ended in a suspect being arrested.

The incident started at approximately 11:56 a.m., when a Virginia State Police Trooper initiated a traffic stop with a 2004 Ford Explorer traveling at a high rate of speed near Jahnke and Buford Roads.

The pursuit began when the trooper activated his emergency lights and siren in an attempt to stop the vehicle, but the driver refused to stop.

“During the course of the pursuit the suspect vehicle continued through Chesterfield County driving erratically, crossing over double solid lines, and striking four other passenger vehicles in the process,” according to State Police Sgt. Keeli Hill.

Chesterfield County officers stepped in to assist near Courthouse Road.

That’s also where the first vehicle was struck while the suspect, identified as 25-year-old Da' Jaun Kenyatta Lydel Chandler, was traveling northbound in the southbound lanes, according to state police.

Police say the Chandler struck the second vehicle while traveling at the intersection of S. Arch Road and Reams Road.

With state police in pursuit, the driver zipped through the N. Arch Road and Arboretum Parkway, where two additional vehicles were struck. 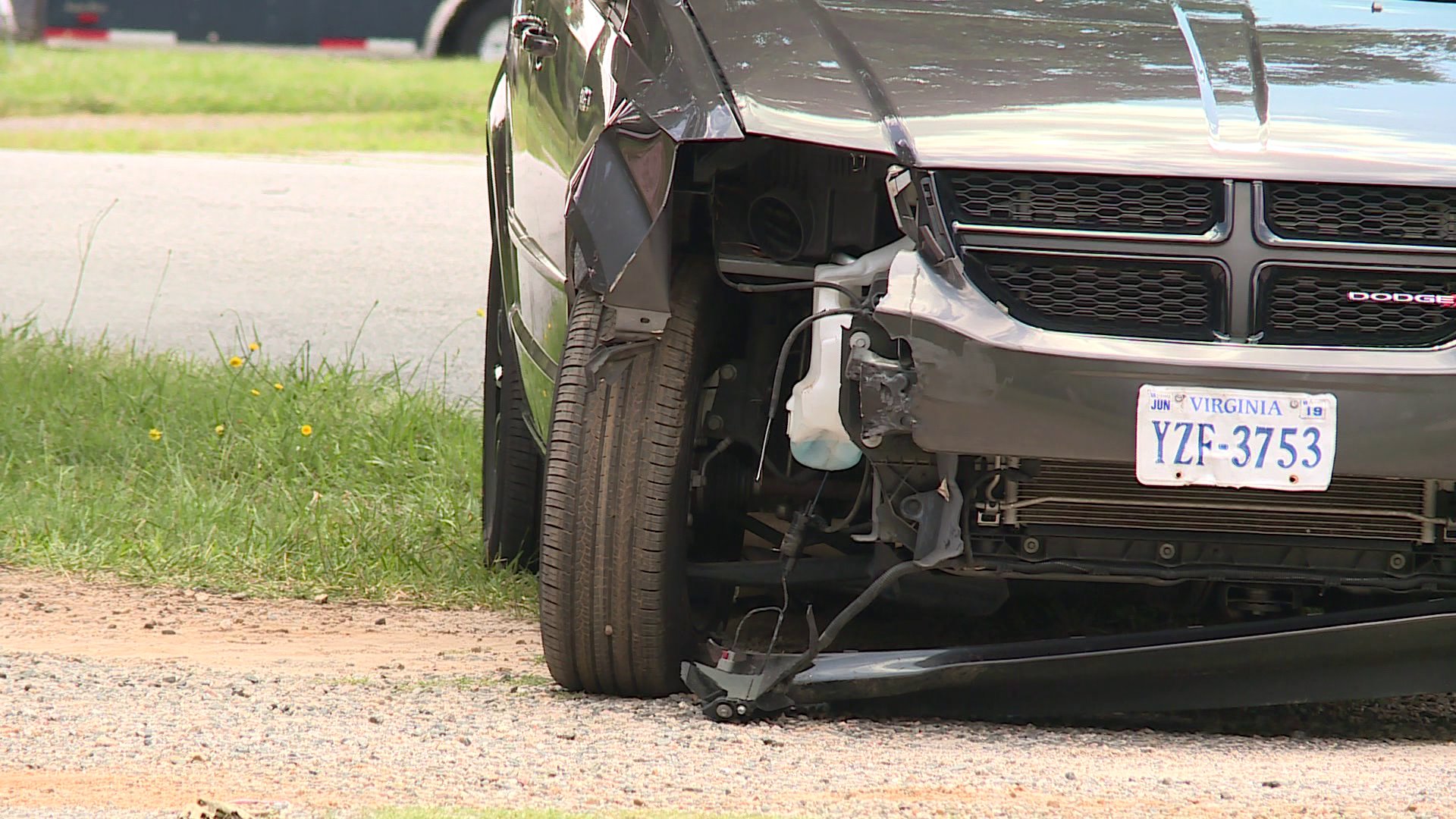 No one was injured during the crashes.

The pursuit came to an end at approximately 12:06 p.m. at the entrance of the North Arch Village apartment complex on N. Arch Road.

Reginald Hall III, who lives at the apartment complex, says he was taken back when he realized what was going on.

“Police cars and a bunch going on,” said Hall. “Nothing happens here so if it does, it’s kind of a big deal.”

Police say Chandler led troopers and officers on a brief foot pursuit, before being apprehended.

Hall says a man in handcuffs next to the dumpsters was being led away by police as he crossed the parking lot to his laundry room.

In addition to those charges, Chandler was also served with several capias's out of Chesterfield County.

He is being held at Chesterfield County Jail.