In March, students at Peter Paul participated in a Design Day, where they drew their dream playground. The playground’s design is based off of the drawings created by the students. 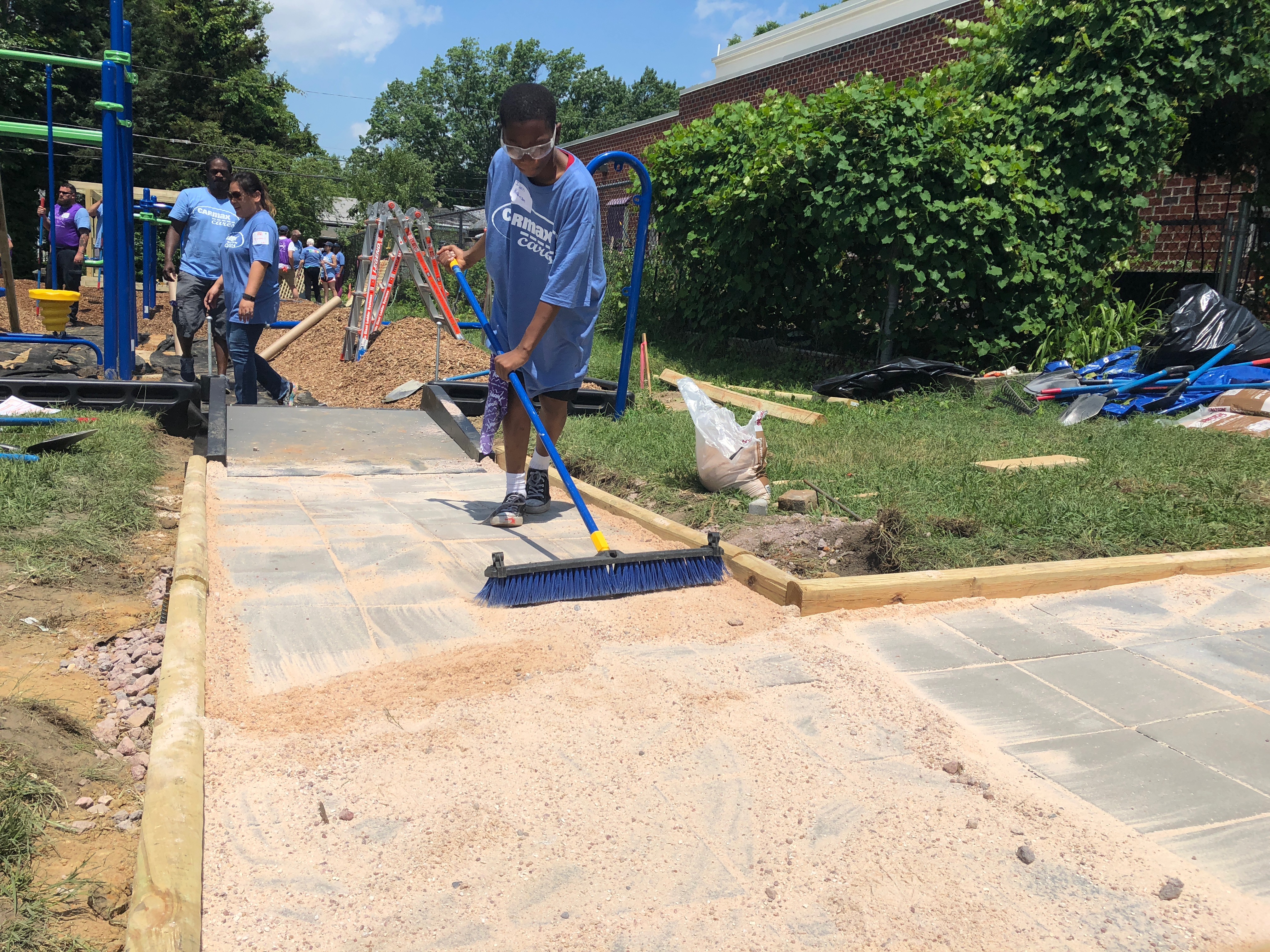 “They need some beauty in their community,” said Damon Jiggetts, Executive Director of Peter Paul Development Center. “They designed this themselves so we are thrilled that they are going to have the opportunity to play with something that’s truly theirs.”

“We are so thankful that The CarMax Foundation and KaBOOM! selected this community to invest in,” he continued.

Funding for the project was provided mostly by The CarMax Foundation through its partnership with KaBOOM!

KaBOOM! is a national non-profit that focuses on bringing playgrounds to children that do not have access to one. The playground at Peter Paul Development Center was the 3,053rd playground that KaBOOM! has built.

Together, The CarMax Foundation and KaBOOM! have built 60 playgrounds across the country.

Students will be able to play on the new playground beginning Monday.