A trooper’s preliminary investigation reveals the driver was driving a 2018 Kenworth dump truck fully loaded with gravel west on Huguenot Trail when he ran off road right. 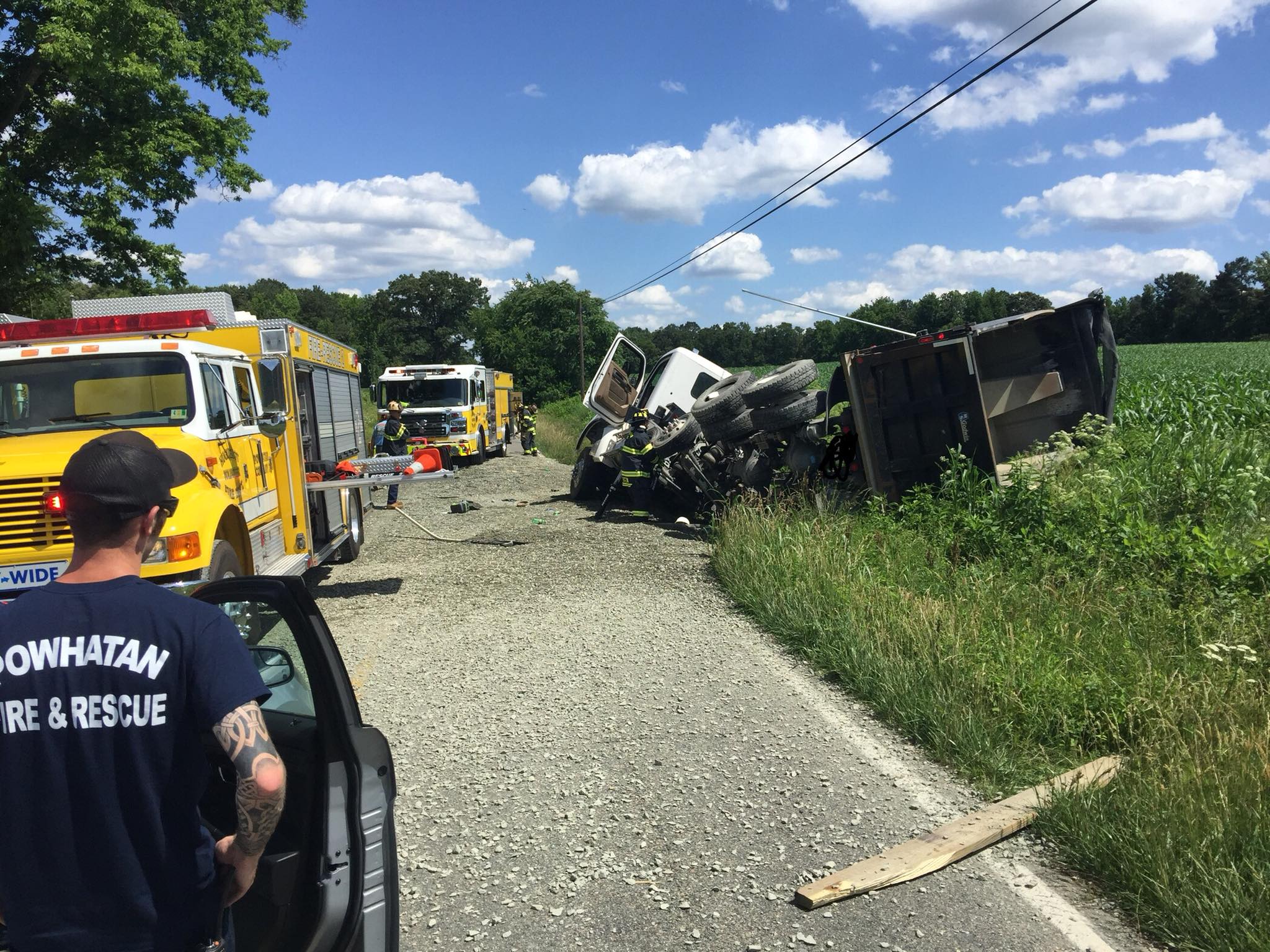 The driver, identified as Michael Ray Braswell, 54, of Amelia, was pronounced dead at the scene. He was wearing his seat belt, according to State Police.

A possible medical emergency is being investigated as a factor in the crash, according to State Police. The crash remains under investigation.