RICHMOND, Va. — As another round of heavy rain moves into Central Virginia early Sunday morning, parts of the CBS 6 viewing area remain under a flash flood watch.

Slow-moving storms will tap into the muggy air and unleash torrential downpours.  Some storms will produce over an inch of rain in under an hour.  Multiple inches of rain will occur where storms persist. Flash flooding will develop rapidly.

“Between now and 7 a.m., we’re expecting a lot more rain,” Meteorologist Mike Goldberg said at 10:45 p.m. “Areas that have had the flooding are going to have more torrential rain during the wee hours of the morning.”

Goldberg stressed folks up early should be cautious.

“And you might be going out to church or something,” Goldberg said. “If you’re driving along and you see water in the road, it’s probably a lot deeper than you think, so don’t try to cross the road.” 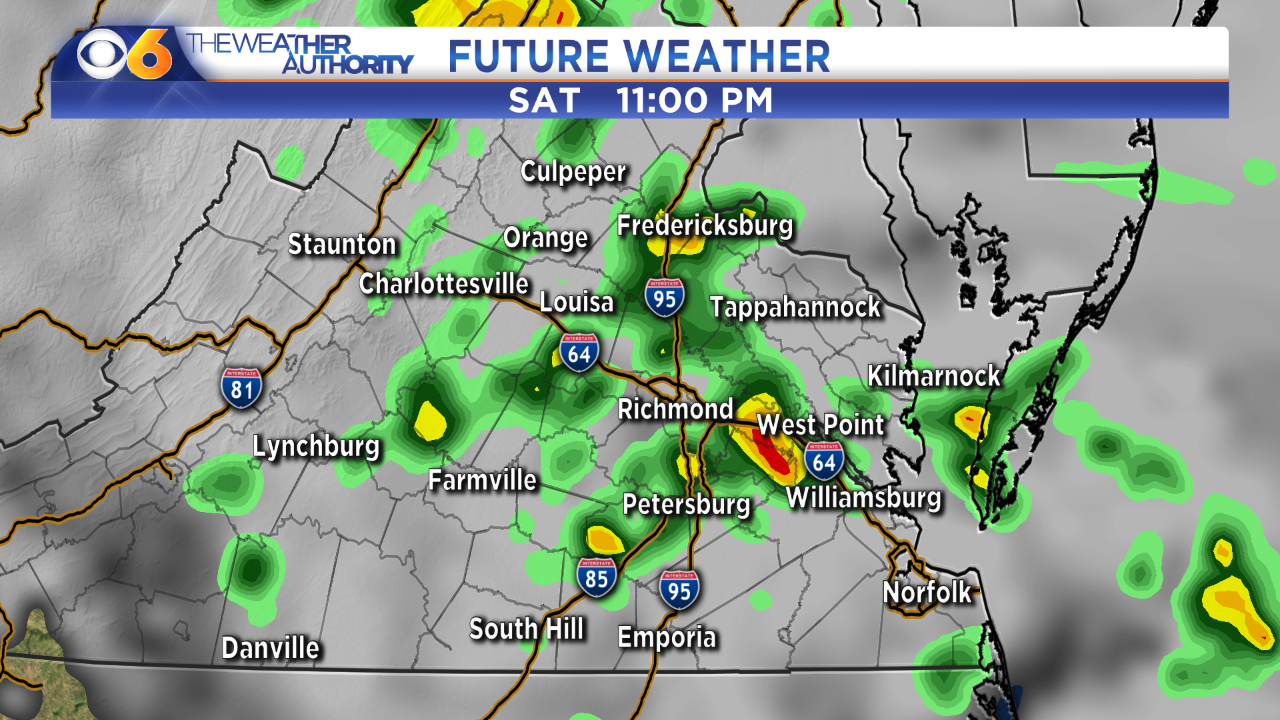 Sunday will be rainy at times, especially the first half of the day.  The chance of thunderstorms is lower. Rain chances are higher in northern and eastern Virginia.

By the time the rain ends Sunday evening, rainfall total of 1 to 3 inches are likely in many locations. Where slow-moving storms persist, totals will exceed 5 inches of rain.

After the rain exits Sunday night, the majority of the week ahead will be mainly dry and less humid.