The odd couple has spent the past three years working in tandem – six-year-old Blue Dozer leads the way for 12-year-old, blind OJ, who follows in his shadow. The bonded pair who had to be adopted together after their original owner surrendered them, facing housing problems.

In a Facebook post, Richmond Animal Care and Control (RACC) officials said that the pair were adopted Friday night by a "wonderful" family from Richmond.

"These dogs have taken us on a roller coaster ride of emotion and turmoil and yet remained steadfast in their love for each other and their ability to adapt and overcome vexing circumstances," the Facebook post reads. "We hope that their story helped showcase the work that we do at RACC and the commitment we have to each animal in our care. So many people (from across the world) have reached out to us in support and encouragement-thank you! While we are grateful that OJ & Dozer’s story ended happily, the reality is these two dogs make up a very tiny fraction of the animal population we serve and support each year. We save thousands of lives and help thousands of people without fanfare or any media coverage." 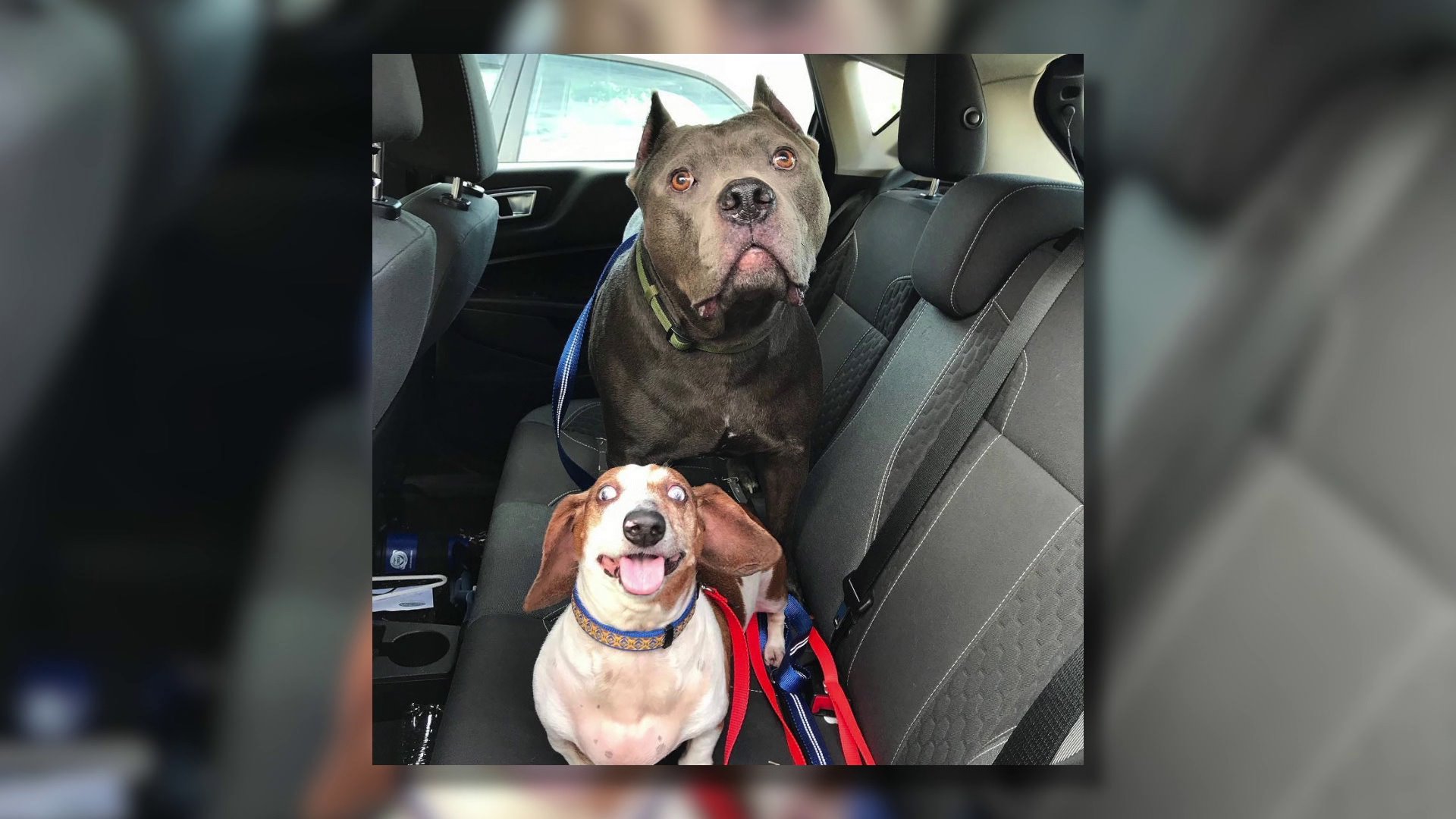 Officials said there has been tremendous interest in the dogs, even from Canada and the United Kingdom, after their first failed adoption. Their remarkable tale even caught the attention of "The CBS Evening News with Jeff Glor."

“We definitely had a lot of interest in them, over the past month. They’ve been pretty popular and we have gotten a lot of applications… from far and wide,” Foster Outreach Coordinator Robin Young said. “In the end, we found the perfect home for them here in Richmond.”

“They fell in love with OJ and Dozer, and they were the perfect... happy ending for those two," Young said.

Additionally, the shelter created a fund in honor of the dogs to help other animals.

"We were unable to close the gaps and solve the issues facing their previous owner to enable a reunion; perhaps through this new fund we can help other people and the pets they love stay together," officials posted.  "Thank you to everyone that shared this story, that loved these wonderful dogs from afar and for those of you that offered kindness in the face of indignation. We are forever grateful to you."

Click here if you would like to make a donation and be sure to include OJ & Blue Dozer in the notes.

But Dozer and OJ's departure heralded the arrival of another pair: Breaker Breaker 1-9 and 10-4.

“They were abandoned in Richmond by a traveling trucker that just decided that he could not keep them anymore and dropped them off at a local shelter,” Young explained. “We took them in.”

Just like their predecessors, the two are a bonded pair and need a forever home that is the perfect fit.

Staff at the municipal shelter fielded tons of calls about the dogs after the odd couple was adopted in April.

RACC outreach coordinator Robin Young said they met with the woman who adopted the pair and thought they had made a successful adoption.

“We did our best to talk to them, explain it’s a bonded pair,” Young said. “We’re proud of our adoption process. A lot of municipal shelters have you sign a basic application and you’re out the door. You can pick any animal you want. We spend time talking to potential adopters. We’re honest if we don’t think an animal is a good fit for their situation.”

Two days after the dogs were adopted, a volunteer alerted them to a Facebook post by the Shenandoah Valley Animal Services Center (SVASC). A blind dachshund had just been put up for adoption there.

“Physically, I was sick to my stomach,” Young said. “When we saw that, we went into recovery mode and we got to get these two dogs back together.”

The microchip was traced back to the owner and RACC confirmed it was OJ.

“She wanted to give up the dog because it was biting and nipping, which sadly is to be expected with a blind older dog, that’s in a new home,” Young said.

RACC convinced the adopter to hand over Blue Dozer and they drove 100 miles to get the two back together.

Less than 24 hours after their return to Richmond, Blue Dozer came up to a reporter with his tail wagging. OJ stayed right by his side.

“They’re happy. They’re here at the shelter,” Young said. “They’re back to their normal selves."