CAROLINE COUNTY, Va. – The Caroline County couple whose love and courage helped end Virginia’s law prohibiting interracial marriage will be memorialized with a historical marker during a ceremony Saturday.

The marker will honor and tell the story of Richard and Mildred Loving, whose lawsuit Loving v. Virginia, resulted in a landmark U.S. Supreme Court decision in 1967 that overturned all state laws prohibiting interracial marriage.

The dedication will take place in a ceremony on Saturday, June 2, the date of the Lovings’ wedding anniversary. The unveiling of the historical marker will be along U.S. Route 301 near the junction with Sparta Road in Caroline County.

Both Richard and Mildred grew up about 11 miles east of the marker’s location.

“This historical marker memorializes the powerful story of Richard and Mildred Loving and their courage to fight a state law prohibiting marriage between people of different races,” said Governor Northam. “Their perseverance and sacrifice profoundly changed American society for the better, and with this marker we commemorate an important part of Virginia’s history and ensure that their story continues to be told.”

The Caroline County couple was arrested in July 1958 for violating Virginia’s laws against interracial marriage. In 1959, they were convicted and sentenced to a year in jail, with the sentence suspended on the condition that they left the Commonwealth.

After nine years of marriage and a long legal battle, the U.S. Supreme Court ruled in the Loving’s favor and overturned all laws prohibiting interracial marriage.

This is the second historical marker to be dedicated to the Loving’s in the last year. On June 12, 2017, a marker celebrating the 50th anniversary of the U.S. Supreme Court decision, was dedicated on Capitol Square in Richmond. 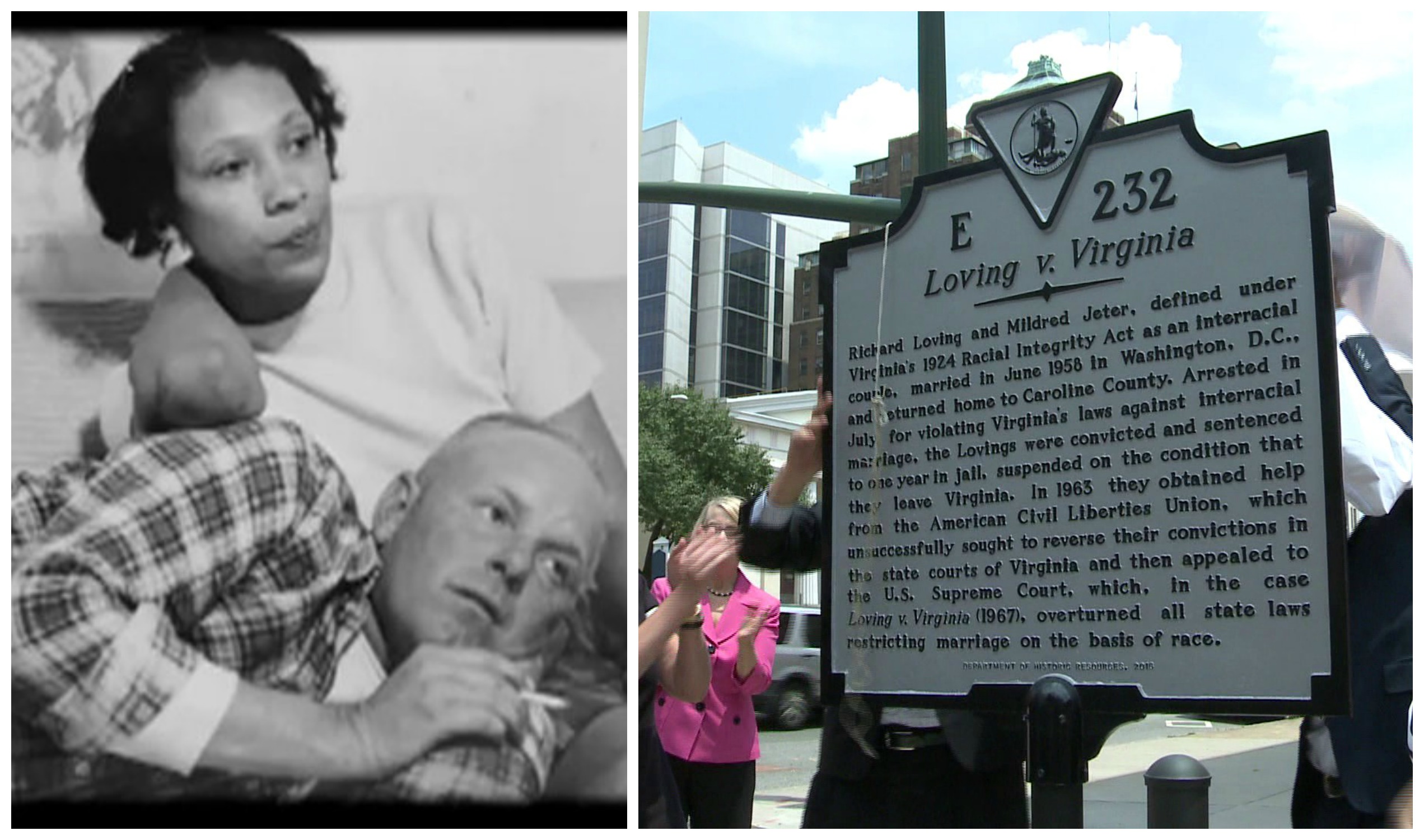 Text of marker to be dedicated in Caroline County:

Richard Loving and Mildred Jeter, of different racial backgrounds, grew up near Central Point, 11 miles east of here. They fell in love and in June 1958 were married in Washington, D.C. After returning to Central Point, they were arrested for violating the state’s laws against interracial marriage, which made it a felony for interracial couples to leave Virginia, marry, and resume residence in the state. The Lovings were convicted in 1959 at the Caroline County courthouse. The case reached the Virginia Supreme Court of Appeals, which in 1966 upheld the state’s laws. In 1967 the U.S. Supreme Court’s landmark ruling in Loving v. Virginia overturned all laws prohibiting interracial marriage.