CHESTERFIELD COUNTY, Va. -- A 28-year-old woman has been charged with attempted capital murder of a police officer after allegedly trying to run over two officers before she was shot by police outside a Chester hotel Thursday night.

The incident was reported around 11 p.m. outside the Suburban Extended Stay Hotel at 2401 W. Hundred Road near I-95. [BONUS: Click here for a list of calls for service to the 100 block of W. Hundred Road for 2018.]

Chesterfield Police said officers conducting a foot patrol walked into the hotel and spotted a man and woman acting suspiciously.

"When the man and woman saw officers, the woman quickly left the area. Officers followed the woman and saw her entering a vehicle," a Chesterfield Police spokesperson said.  "As they approached to make contact with her, she attempted to leave in the vehicle, nearly striking the officers. Officers discharged their firearms, striking the female driver."

The officers provided first aid until EMS arrived, the spokesperson added. Crime Insider sources said she was shot in the hand.

The officers involved were also taken to the hospital as a precaution. 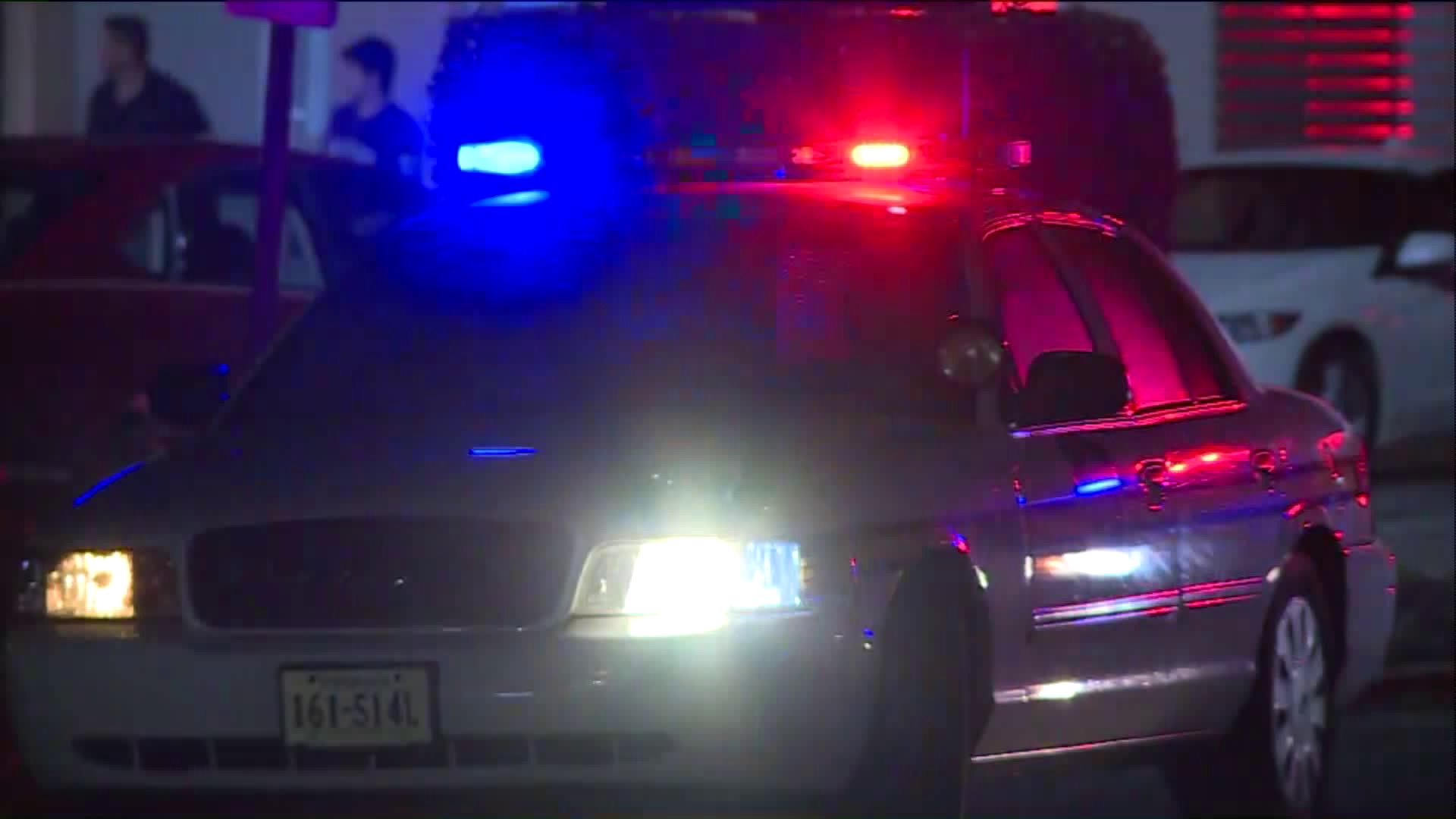 Officials said Adkins remains hospitalized and in the custody of the Chesterfield County Sheriff’s Office.

Additionally, officials said officers found a firearm and controlled substances in the hotel room Adkins and the man in the hallway, 46-year-old Derrick L. Bynum, were sharing.

Bynum is being held without bond at the Chesterfield County Jail.

The officers who discharged their weapons are on administrative leave as is procedure.

Witness: 'She barrel-rolled right out'

A father, who temporarily lives at the hotel with his family, said he heard four to five gunshots before watching the situation unfold outside of his window.

"We saw a car swerve towards the cops and turn back outwards and the cops followed behind her," said the man, who didn't want to be identified. "All of a sudden the door swung open and she barrel-rolled right out of there. She almost got ran over by her own car."

The witness stated he watch the woman writhe on the pavement prior to being placed in handcuffs.

"She seemed like someone that definitely was not in their right mind," he explained.

“Every night that we are here seems like another episode of ‘Cops,’ to tell you the truth," he said.

An manager at the hotel said detectives gathered surveillance video from the hotel's numerous cameras. They declined to comment about the incident.

Col. Jeffrey Katz was thankful that everyone involved in the shooting are expected survive.

"We just thank God everybody is OK and we’ll identify what happened in the days and weeks to come," Katz said.

Anyone with information that could help detectives is asked to contact Chesterfield County Police Department at 804-748-1251 or Crime Solvers at 804-748-0660 or through the P3 ap.