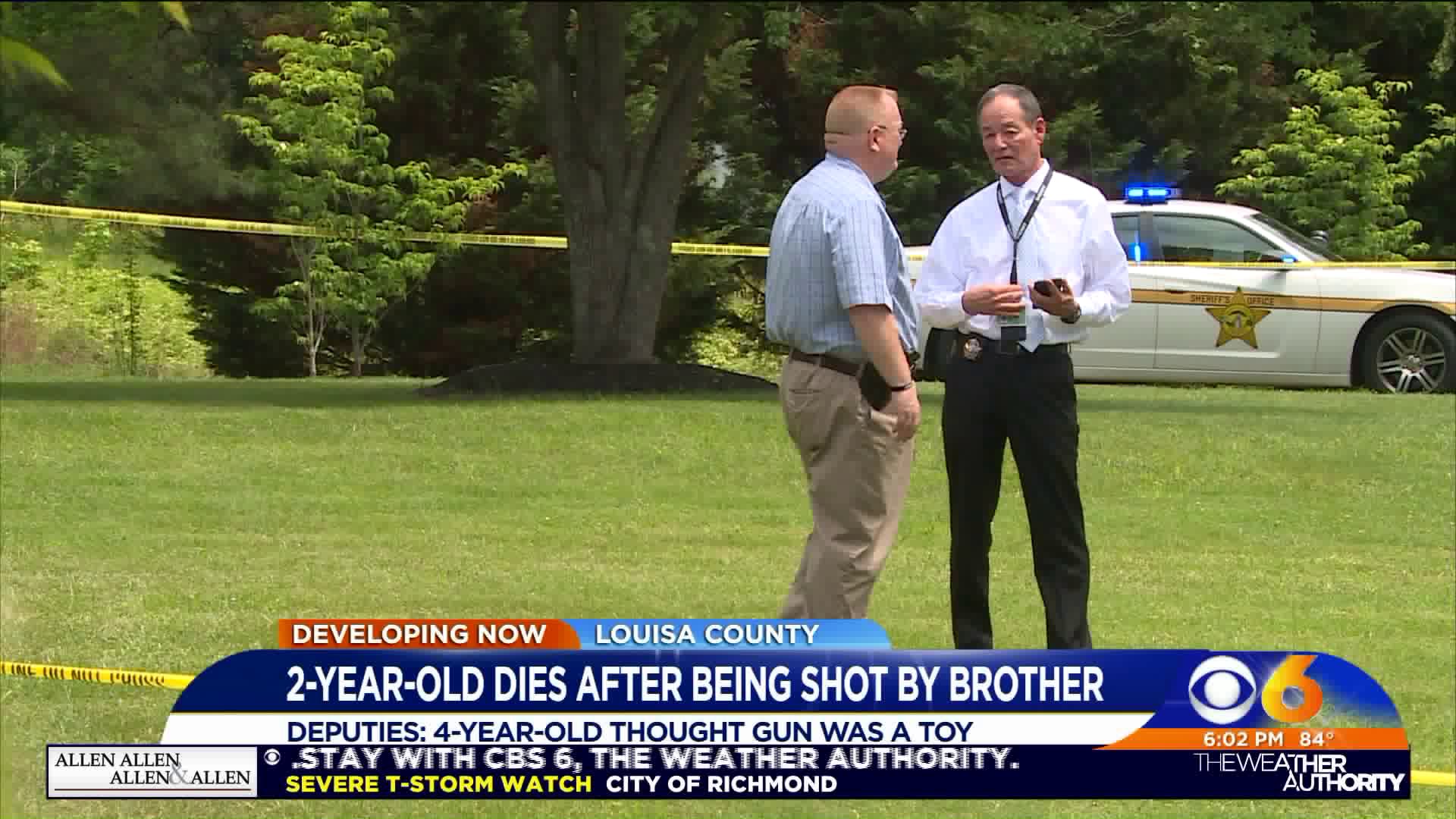 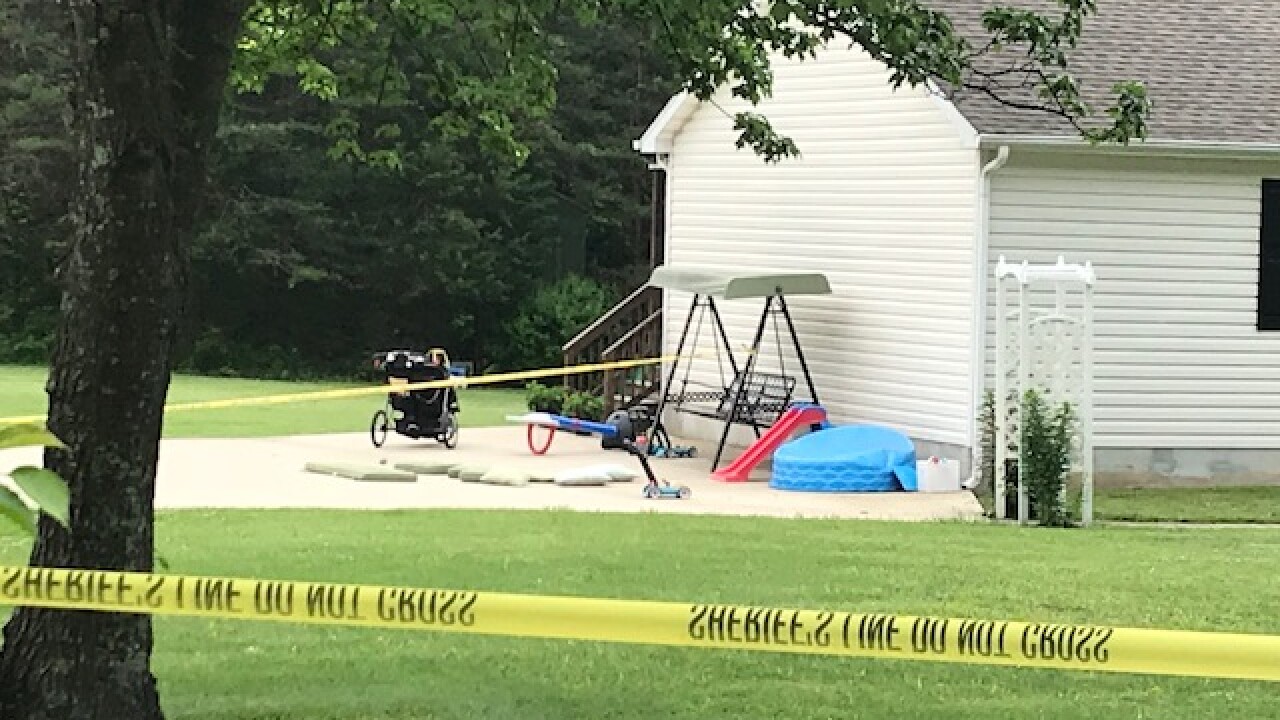 LOUISA COUNTY, Va. -- A Louisa County toddler died Tuesday after he was accidentally shot by his older brother.

The two-year-old boy, identified by the sheriff's office as Tyson Aponte, was fatally shot in the chest when his four-year-old brother picked up a gun and fired it,  according to Major Donald A. Lowe with the Louisa County Sheriff's Office. The older child thought the gun was a toy, Lowe added.

"It's of paramount importance to make sure your guns are secured and out of the reach of children and everything," Major Lowe said. "At least have them unloaded or a safety lock on them, whatever you have to do to keep them from being discharged accidentally."

The children's mother was at the home off Shannon Hill Road, near the Louisa County-Goochland County line, when the shooting occurred Tuesday morning.

"It will be thoroughly investigated," Major Lowe said. "Our heart breaks for this family... they're devastated, naturally, so we want to do everything we can to help them."

"There's no way they would leave a loaded gun out," she said. "They're good people, good Christians good people, they take care of their children [and] make sure they have everything they need. I know this is going to be tragic to them."

Eddy said she was not sure how Tyson's mother would make it through the tragedy.

"I don't know how she is going to do it, but she believes in the Lord, so that's good," she said.

Tyson died after rescue workers attempted CPR to save his life.