COLONIAL HEIGHTS, Va. – As more rain falls across Central Virginia Saturday, overflow from the Swift Creek canceled the opening night for the production of  “Always a Bridesmaid” at the Swift Creek Mill Theater.

The quick-moving creek, which feeds into the Appomattox River, caused water to flood part of the theater's parking lot.

Steven Koehler, the theater’s managing director, said there has also been some flooding in the facility’s basement.

Koehler said canceling opening night was a safety precaution since the theater has seen flooding in the past.

“Historically, the water has gotten to a point at the mill itself where the basement has been completely filled, we have even had water on our first floor,” Koehler explained. “It's probably been about 10 or 15 years though. Since Isabell, and Gaston, kind of a combination of both hurricanes cause even higher waters than this." 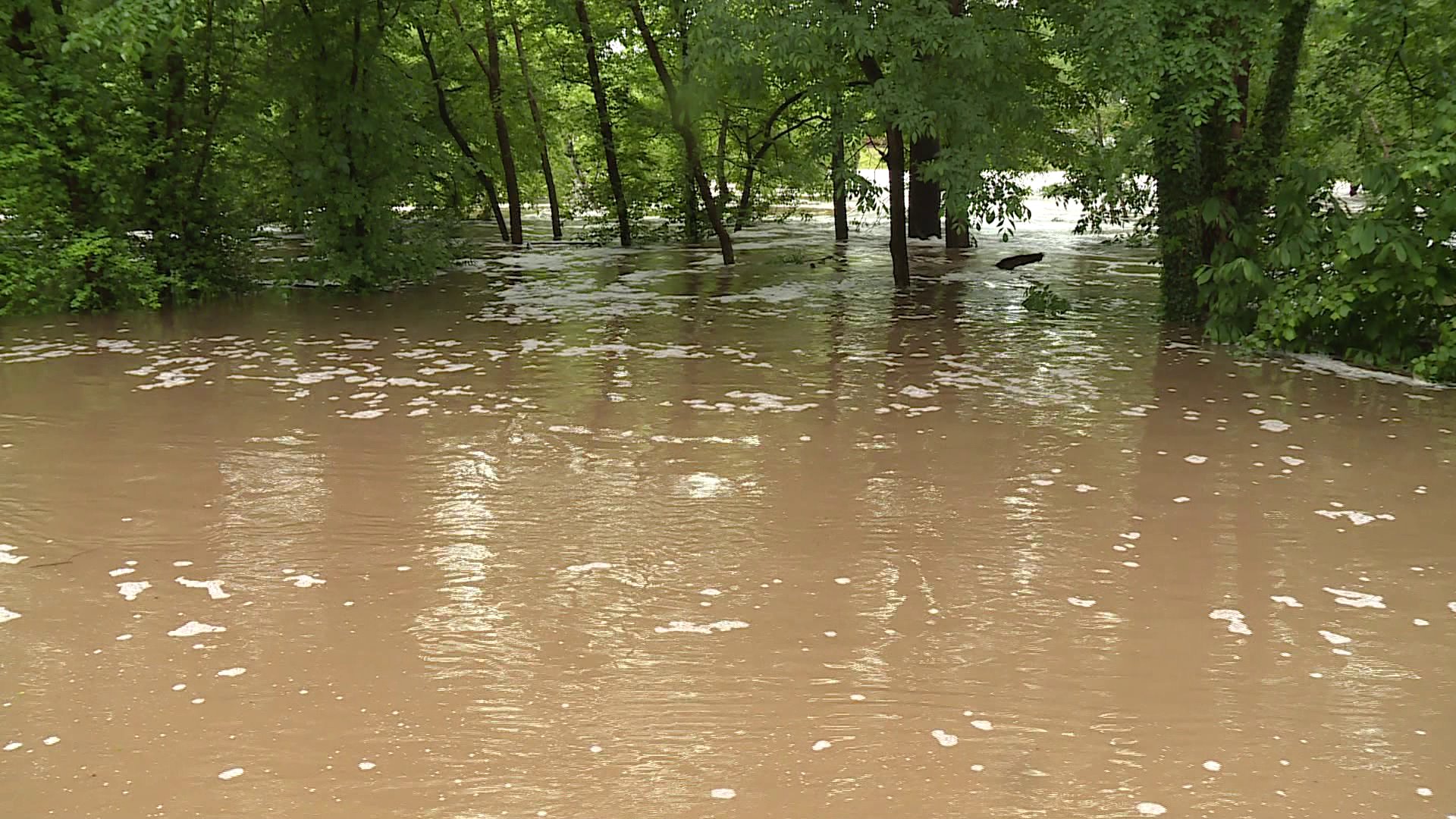 Because of the cancellation, the show will premiere this Thursday.

Anyone with tickets to Saturday’s show can contact the theater at 804-748-5203 to exchange them for a different show over the next five weeks.

A garage appears to be totally flooded and the water is inching closer to a nearby home.