A Cubana de Aviacion Boeing 737-200 with 104 people on board crashed Friday on takeoff from Havana’s Jose Marti International Airport, according to Cuba’s state-run television.

Three passengers were in critical condition after surviving the crash, the state-run newspaper Granma reported.

The flight to the eastern Cuban city of Holguin went down at 12:08 p.m. in an agricultural area in the Santiago de las Vegas neighborhood near the airport, according to Granma. Search and rescue personnel were on the scene, with some residents joining in to help.

The Granma report included a photo from an airport terminal of a large plume of black smoke rising in the distance.

The aircraft for Flight DMJ 0972 had been rented by the airline, according to Granma.

Cuban President Miguel Díaz-Canel is at the scene of the accident, the newspaper reported.

Holguin is more than 700 kilometers (about 500) miles east of the Cuban capital. Cuban state media originally reported the flight was bound for Guyana.

A large fireball followed by a towering plume of smoke was visible near the airport on the outskirts of Havana, according to witnesses.

Cubana de Aviacion — Cuba’s national carrier — has had to ground some of its aging fleet because of safety issues, though the cause of Friday’s crash is unknown. 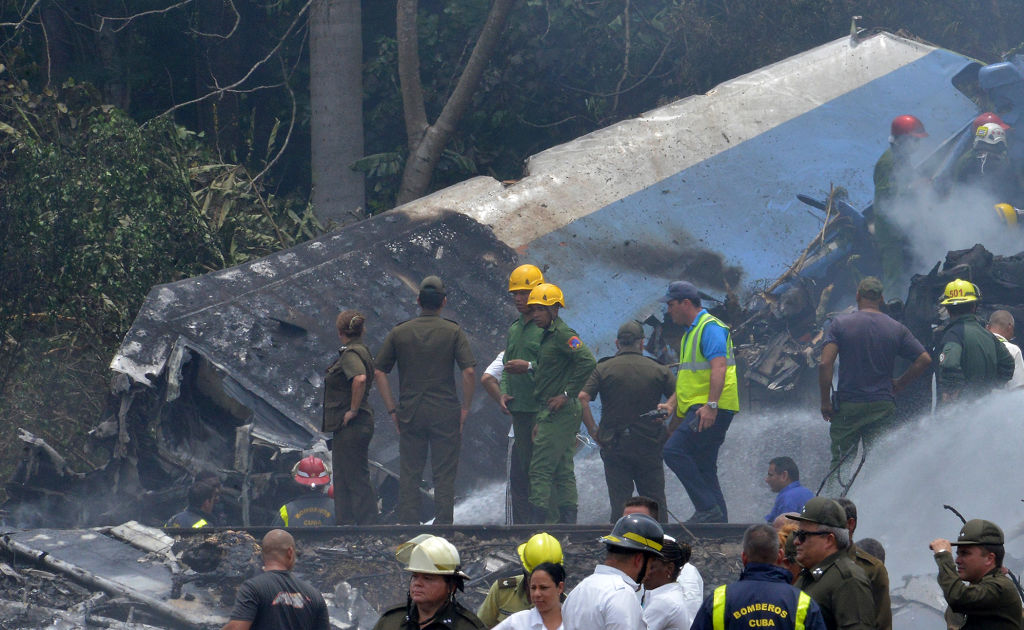