RICHMOND, Va. – Method’s Muse and Raekwon Roll are just two of the Wu-Tang inspired sandwiches you can eat this week at Richmond’s Brewer's Café.

The Manchester cafe is hosting its first ever “Wu-Tang Sandwich Week” to celebrate the legendary hip-hop group and help support Richmond Public Schools.

After communicating with some of the group members, Owner AJ Brewer added five new sandwiches created by the Wu-Tang members themselves.

“What better way to do that with a great group like Wu-Tang. Paying homage to them, getting their fans all excited to not only eat one of their favorite rapper's sandwich but give back to a great cause."

Method man, Cappadonna, Inspectah Deck, Raekwon, and U-God gave their favorite sandwich picks and the menu was created specifically based on their preferences. In addition, regular menu items were renamed in honor group members.

“We wanted to pay homage to the group and turn this café into a Wu-Tang haven. We thought it would be a good idea to raise some money for some schools around here.”

Proceeds of Wu Tang Sandwich Week, Sunday, May 6 to Sunday, May 13, will go to Richmond Public Schools, something near and dear Brewer’s heart. 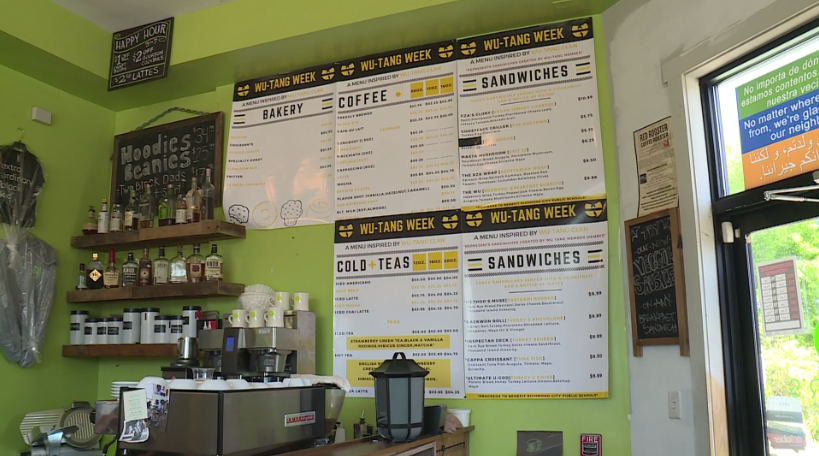 “I’m born and raised in Richmond city. I know all too well what it looks like for an underserved kid,” said Brewer. “I can’t tell you that I wasn’t blessed or lucky to get up out of the environment that I was raised in. Perhaps because of my grandmother, because of great examples in my community, or perhaps because of my father. But I know too many times, those kids get left behind.”

Brewer’s Café is located at 1125 Banbridge Street. Customers are urged to take photos of their sandwich with the hashtag #WuTangSandwichWeek on Instagram.