Scott’s Addition Greenway: The multi-use ‘trail that could’

RICHMOND, Va. – Tucked in the back of Scott’s Addition is a 9-foot wide, approximately 525-foot long, fine gravel pathway which flanks the CSX railway and stretches forward like a promise towards the Boulevard overpass.

The vision is a “Scott’s Addition Greenway” that would utilize the now-closed Patton Avenue, along with retired CSX railway spurs (secondary track off of primary track), to create a trail about a mile long.

It’s the “trail that could,” though right now it’s more like a block-long prototype that doesn’t go anywhere.

As residents and developers point out, it’s the trail that could be used by the thousands of residents who call the booming district home; a remarkable change from around 700 residents a few years ago to over 3,000 now – with more apartments being built as you read this.

It’s the trail that could provide green space in a formerly industrial neighborhood where patches of green are almost non-existent.

It’s the trail that could give pedestrians and bicyclists a safer route from the bustling traffic of business and brewery visitors.

And it’s the trail that could easily connect the neighborhood with other recreational and green spaces, like the Capital Trail, Washington Redskins Training Center, and the Science Museum of Virginia.

In 2015, newly defined boundaries extended Scott’s Addition to the north and east, though neighborhood access is stunted by the railroad tracks slicing through on the west and north sides. To the east is the bustling Boulevard thoroughfare, which can be challenging for pedestrians and cyclists to use.

According to organizers, the proposed trail is envisioned as a multi-use, alternative path to help traverse a neighborhood where there are limited ways in and out, and traffic congestion.

“There is really no green space, and we have a unique opportunity to use some of this space to allow people to walk dogs, ride bikes, take a stroll, that doesn’t currently exist,” said Trevor Dickerson, President of Scott’s Addition Boulevard Board Association. “It’s grown so quickly that the infrastructure can’t keep up.”

Spy Rock, an early developer in Scott’s Addition, has mostly completed the first “phase” of the walking-biking trail that currently starts at Mactavish Avenue and heads east before it putters out.

“This is what the trail wants to look like,” Basham said.

Basham paid to install a part of the trail in front of his company’s still under-construction apartments at the old Symbol Mattress Factory at 3200 Rockbridge St. – around 40 units are already rented.

The first phase of the proposed trail installed at The Symbol Mattress factory site at 3200 Rockbridge St.

“We have been as an association, pushing to try and take it under the Boulevard overpass and go somewhere over to Movieland,” Basham said.

Second District Councilwoman Kim Gray said CSX has granted permission for the trail to go under the Boulevard overpass and that CSX relinquished the now defunct spurs that are on city property.

Those spurs also run through the parking lot of the Movieland Bow Tie Cinema. The tracks then continue over Leigh Street — which is utilized by cyclists as a connection link to the Capital Trail — before curving around to the park at the Washington Redskins Training Center and the Science Museum of Virginia.

Dickerson pointed out that the proposed trail would then connect with more green spaces. There is a public park at the training center and the Science Museum is currently designing a new parking structure in order to convert its expansive surface parking lots along Broad Street into a public green space.

“We are currently working on an update to our site master plan that is looking at our entire site including the areas to the north, behind the Museum, including the rail spur,” said museum director Rich Conti. “The Museum is excited about the possibility of a pedestrian/bicycle greenway that could link up our site to all of the great happenings in Scott’s Addition.”

A concept plan of the proposed greenway was completed in late 2015. The design includes a vegetated buffer between the path and the railroad, though Gray said a fence would also be built. The concept art calls for low-maintenance landscaping, installation of local sculptural art, and a swinging bench pavilion. 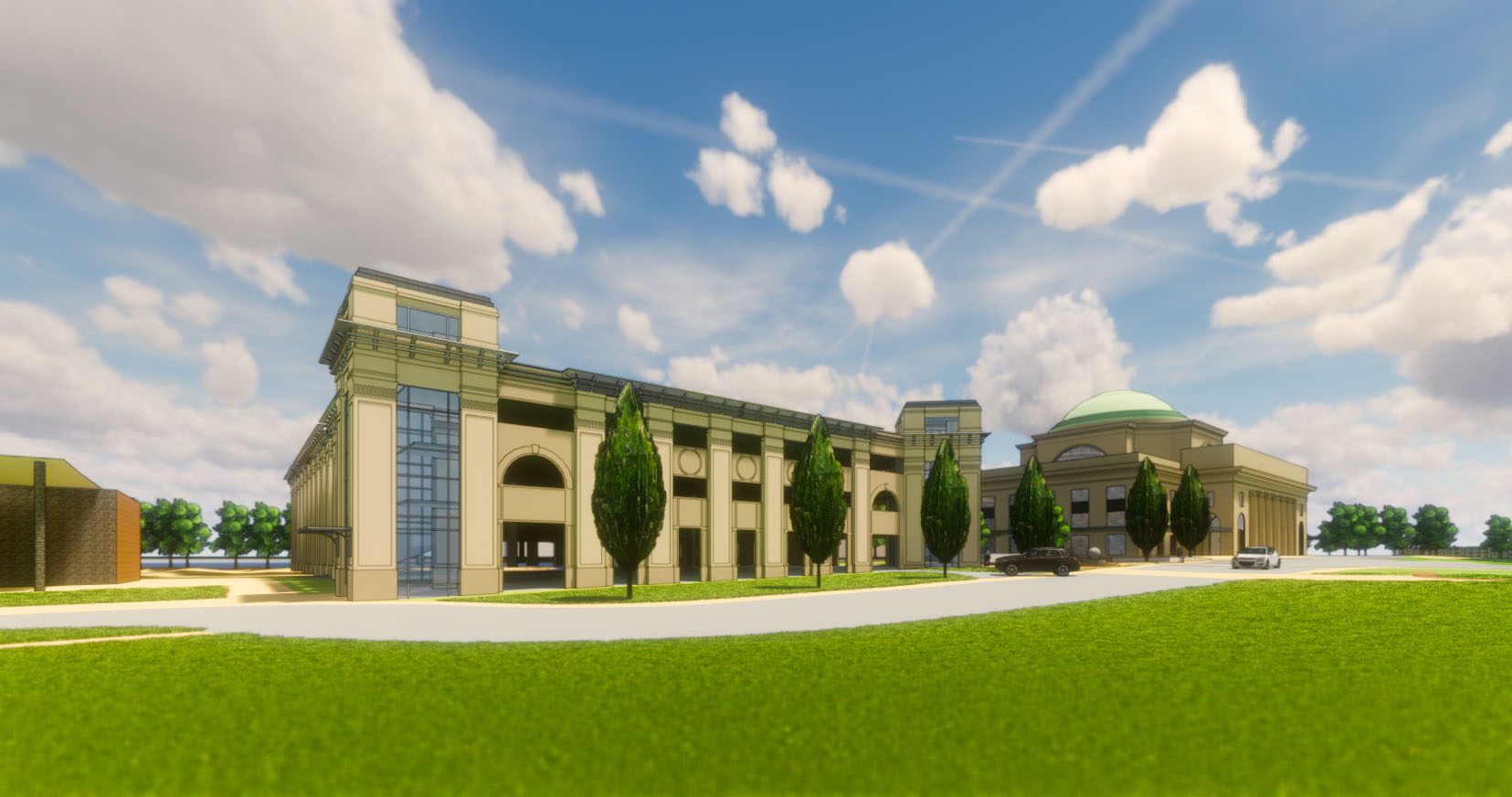 “It’s an amazing public/private collaboration,” Councilwoman Gray said. “I’m really motivated by the tenacity of Spyrock and Andrew and the work they are doing, it makes things so more critical for the city to do their share when you have citizens stand up to make it move along. It makes it so much more imperative to get it done.”

Gray said that creating something like the greenway isn’t just a second district concern, because Scott’s Addition’s rapid growth has also benefited the city at large.

“The number one goal is to have a walkable, bikeable space,” she said.

Gray said $400,000 from the sale of the city stables to Blue Bee Cidery was allocated to Scott’s Addition for development of a green space because the stables were a city parks and recreation facility. Gray also proposed $250,000 in the fiscal year 2019 budget, which was adopted on May 15 (this article was updated to reflect the passing of the budget). Gray said Scott’s Addition would have approximately $646,000 capital dollars fully available by July 1 – and they would get started immediately.

“[We would] stretch as much of it as we can to make sure that it gets done, and then add amenities,” Gray said.

Things like lighting would come later, she said. Gray said there is a plan to seek federal funding to pave the trail.

Dickerson said that they have also been in talks with a couple of local organizations, like Altria, for potential funding;  either volunteer help or money — or both. The Scott’s Addition Association is also working at just trying to get sidewalks installed around the neighborhood.

“We have all this buy in and interest let’s not waste it,” Basham said.

“I would like to see it started within the next months,” Gray added. “Aggressively, I would love to see it done within a year.”

Everyone will just have to dig in their spurs, for the trail that could.