HENRICO COUNTY, Va. -- The driver of a tractor-trailer hauling several thousand pounds of tomatoes and peppers has been charged after the big rig overturned along I-295 in Henrico County Saturday morning.

Virginia State Police Sgt. Keeli L. Hill said the single-vehicle crash happened at the I-295 north exit to I-64 east just after 6:20 a.m.

Hill said 63-year-old Juan Martin, of Orlando, Fla., was trying to the exit to I-64 from I-295 when the semi ran off the road and the "weight of the load forced the tractor and trailer to overturn."

Officials said Martin and a passenger were transported to an area hospital with minor injuries.

Martin was charged with Reckless driving; failure to maintain control.

Officials said speed was considered a factor in the crash, which remains under investigation. 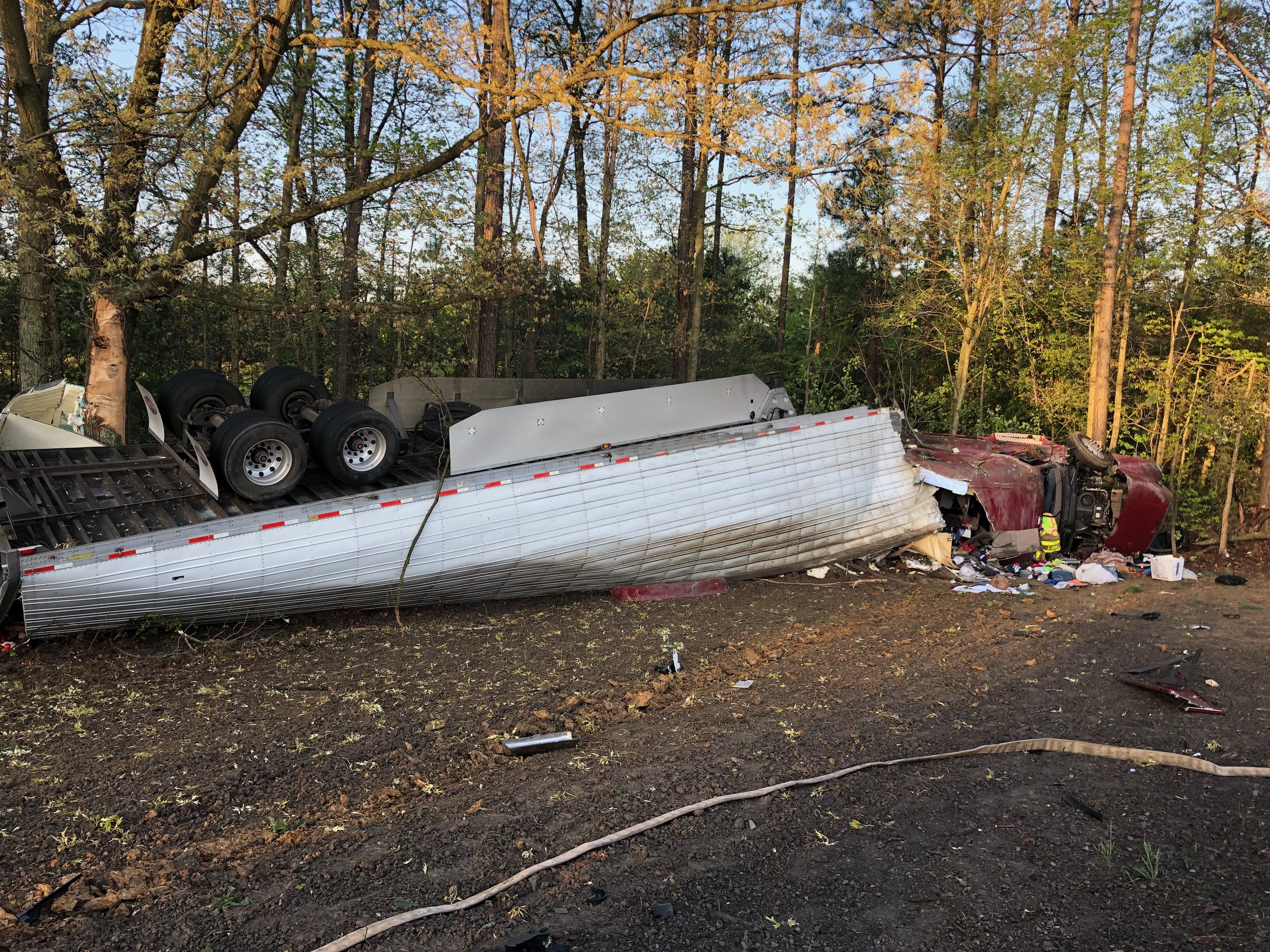 "The Department of Agriculture and all other necessary personnel have been contacted to assist in the cleanup process that will take and extended amount of time," Hill said.

As of 8:20 a.m. drivers were warned to expect delays as the ramp was close and traffic was being diverted to Exit 53A (I-64 west), VDOT officials said.

The ramp reopened just before noon.

Final update: The ramp from I-295 north to I-64 east is now narrowed following an earlier crash. Drivers are able to access the ramp with caution. Continue to expect minor delays until the ramp fully reopens. @HenricoNews #RVAtraffic #RVA #Henrico