Man hurt trying to save pets from burning Chesterfield home

CHESTERFIELD COUNTY, Va. -- A man was taken to the hospital with serious injuries after he attempted to save his pets from a burning Chesterfield home.

"One dog was rescued while one dog and a cat are unaccounted for," Chesterfield Fire and EMS spokesperson Lt. Jason Elmore said. "The house directly behind the fire house suffered minor damage when embers from the fire landed on the rear deck, catching the deck on fire."

Firefighters battled the two-alarm house fire, along the 8100 block of Babbler Lane in Chesterfield County, for about an hour before bringing to under control.

"Firefighters used multiple hose streams and a ladder truck from the outside of the house to extinguish the fire," Elmore said. "The house was a total loss."

Neighbors have created a GoFundMe account to assist help the victims.

"They are hard & honest working men who could use your help to get back on their feet," Denise Steers-Smith said. "Please donate if you are able. Money, clothing, shoes, anything!"

Steers-Smith said donations of clothing, shoes and other items will also be accepted at a local church, but that she is still working out the details about that. 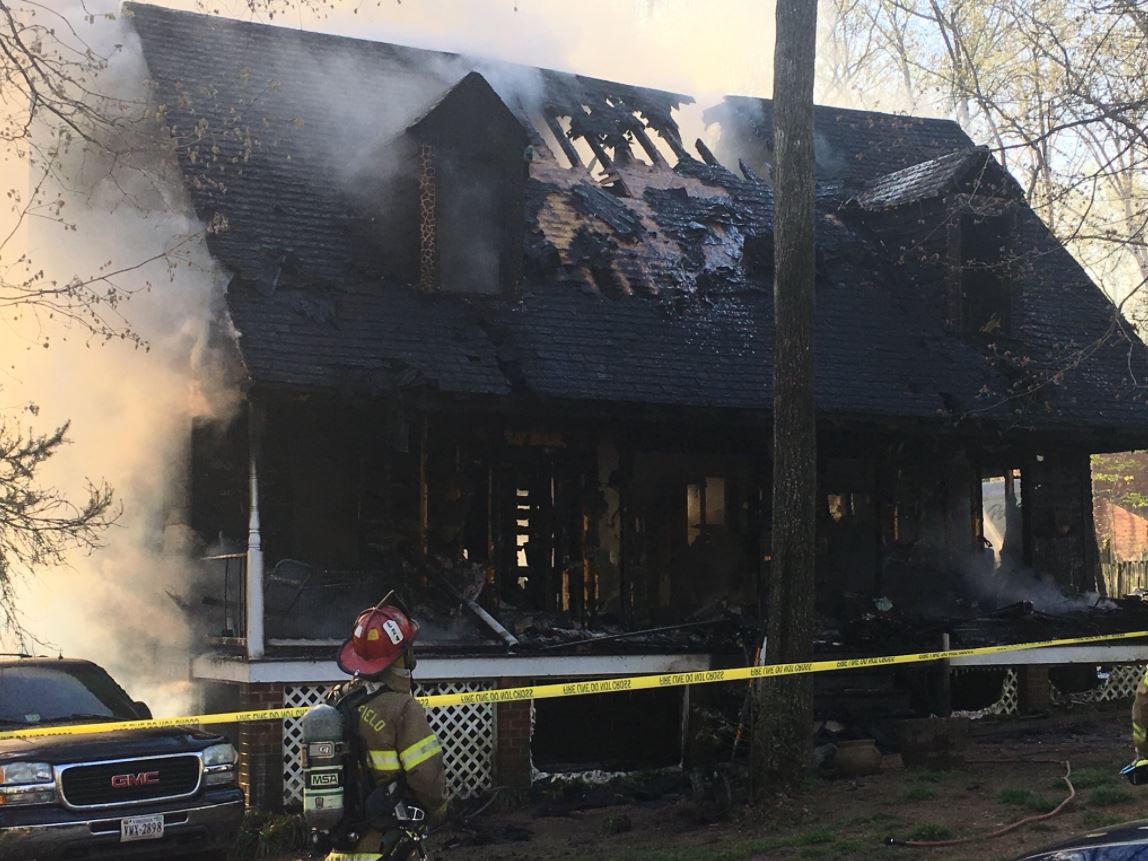