RICHMOND, Va. -- Earlier this month, the life of Virginia Union University student Jamea Dewitt was turned upside down when she lost her parents one day apart.

“I was more so prepared for my dad, than my mom. My mom’s death was unexpected. She got sick out of nowhere,” said Jamea.

During the most difficult time of her life, the junior biology major received some unexpected support from the school she now calls home.

Since her parent’s death, the VUU community has rallied around Jamea with the hashtag #JameaStrong. The school even made the week of April 16 blue week, in honor of Jamea and her mom.

“Blue came from my mom. When we buried her, everybody wore blue. Nobody wore black,” explained Jamea.

Virginia Union University President Dr. Hakim Lucas, who attended her mother’s funeral in Norfolk, started the movement an Instagram post to begin the week. “Join me in making this a blue week in support of @talented_bybeauty as she celebrates the life of both parents! If I could only be #JemeaStrong,” he wrote.

Hey Family @iheartunion @vaunion1865 @vuu_marchingpanthers! Join me in making this a blue week in support of @talented_bybeauty as she celebrates the life of both parents! If I could only be #JemeaStrong! #VUUCares

The university even put the message of #JemeaStrong on a LED marquee on the school’s campus.

The Norfolk native said she really appreciates the support but being in the spotlight is something she’s not used to.

“I’m a really quiet person… so to have received so much support… It’s just really shocking to me,” she said.

“To have random people that I haven’t seen on campus, come hug me and tell me it’s going to be okay. It’s just so amazing, because I never expected it to go this far.” 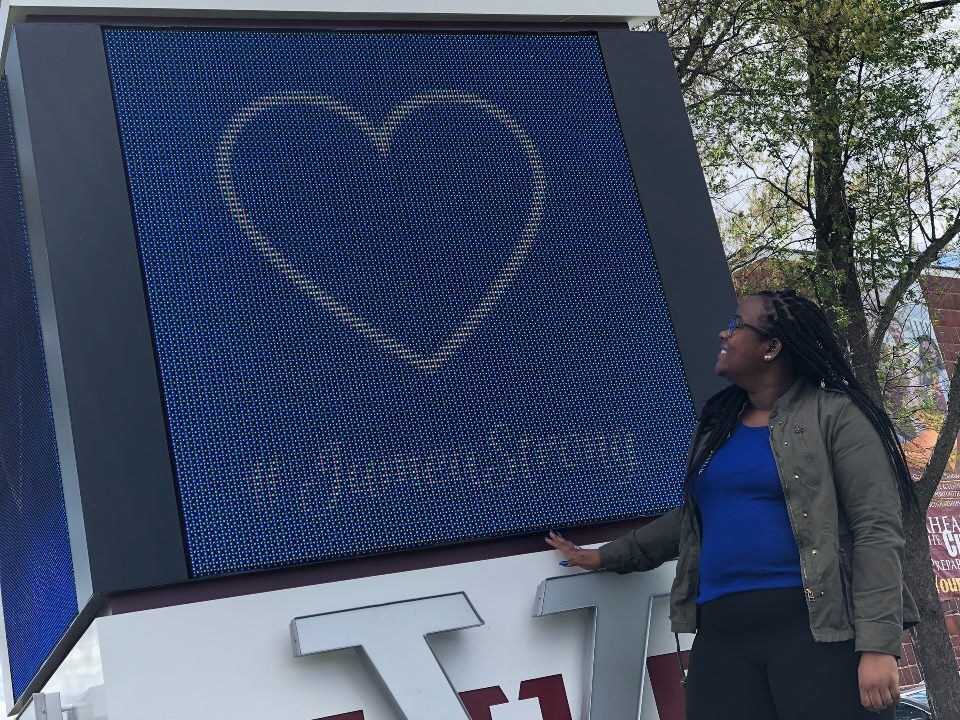 Throughout difficult process, Jamea says she learned how strong she truly is.

“I’ve learned that God gives the strongest warriors the toughest battles, and I feel like this is my touch battle, but you can’t don’t anything but keep going forward,” she said.

Jamea also had a message for anyone going through a similar loss.

“Just keep going, don’t get into that dark place. Try your best to pull yourself out. It’s not going to be easy… just try your best and do the best that you can.”