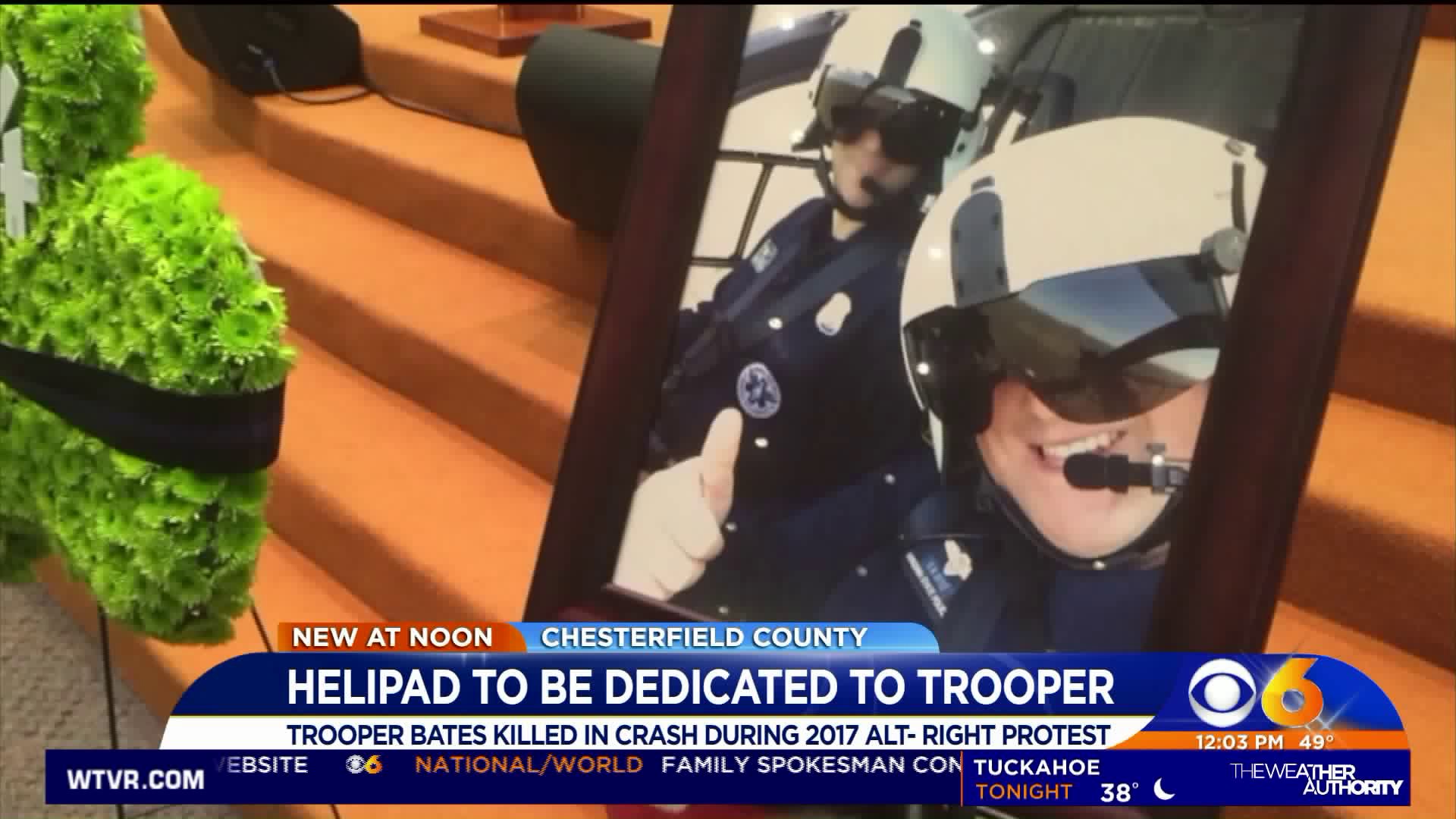 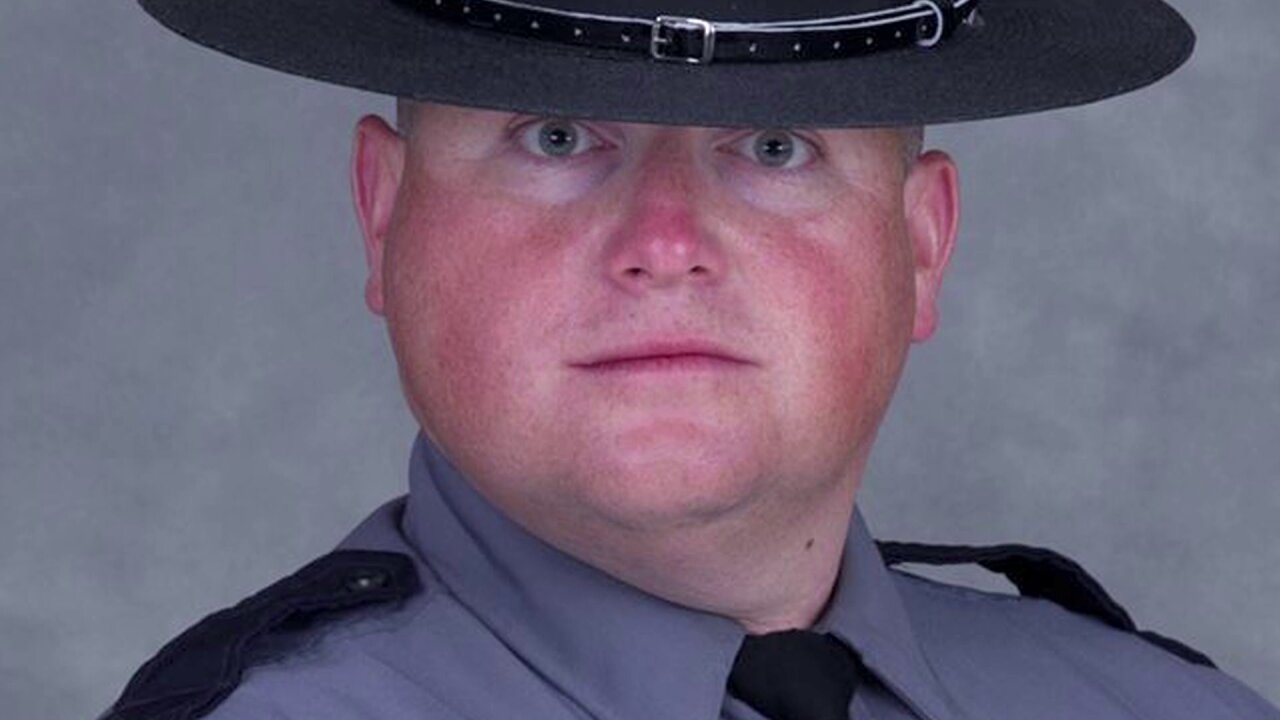 CHESTERFIELD COUNTY, Va. -- Virginia State Police will rename its aviation helicopter pad at their Chesterfield County headquarters in honor of Trooper-Pilot Berke M.M. Bates, one of the two Troopers killed in a helicopter crash during last August’s Unite the Right rally in Charlottesville.

Bates and Cullen were on their way to provide over-watch for the motorcade of then-Governor Terry McAuliffe.

State Police will honor the life and legacy of Berke during the dedication ceremony Wednesday, April 18. At 2:00 p.m. The Virginia State Police Aviation helicopter pad will be officially named in his honor.

Bates graduated from the Virginia State Police Academy in August 2004 as a member of the 107th Basic Session. He had just transferred to the Aviation Unit as a Trooper-Pilot in July.

He was survived by his wife Amanda, son Deacon and daughter Kylee.