RICHMOND, Va. — About 200 people, some with handguns on their hips and others with rifles slung across their backs, gathered on the grounds of the Virginia Capitol on Saturday for a rally in support of the Second Amendment.

The peaceful crowd assembled at the Bell Tower at Capitol Square with the goal of defending their rights to self-defense and educating the public about the Second Amendment to the U.S. Constitution. The rally quickly turned political when Republican candidates Ryan McAdams, Corey Stewart and E.W. Jackson took the stage.

“We’re here today because we honor the Constitution and the God-given liberties and rights that have been endowed to us by our creator,” said McAdams, who is running for the 4th Congressional District seat currently held by Democrat A. Donald McEachin of Richmond. “Those same God-given rights are under assault, and they’re being threatened.”

Stewart, who is vying with Jackson and state Del. Nick Freitas for the GOP nomination for the U.S. Senate, spoke after McAdams. He cited a recent op-ed by former U.S. Supreme Court Justice John Paul Stevens that argued that the Second Amendment should be repealed.

Stewart, who hopes to take on Democratic U.S. Sen. Tim Kaine, said every time a mass shooting occurs, gun control advocates blame law-abiding Americans, conservatives and President Donald Trump. Stewart said that gun-owning Republicans are also heartbroken when shootings happen and that they are the ones who want to protect their families.

“Unlike the left, who actually enjoys the fact that these tragedies happen because it plays into their narrative. It plays into what they are trying to do,” Stewart said. “They don’t honor life, folks. They disparage it.” 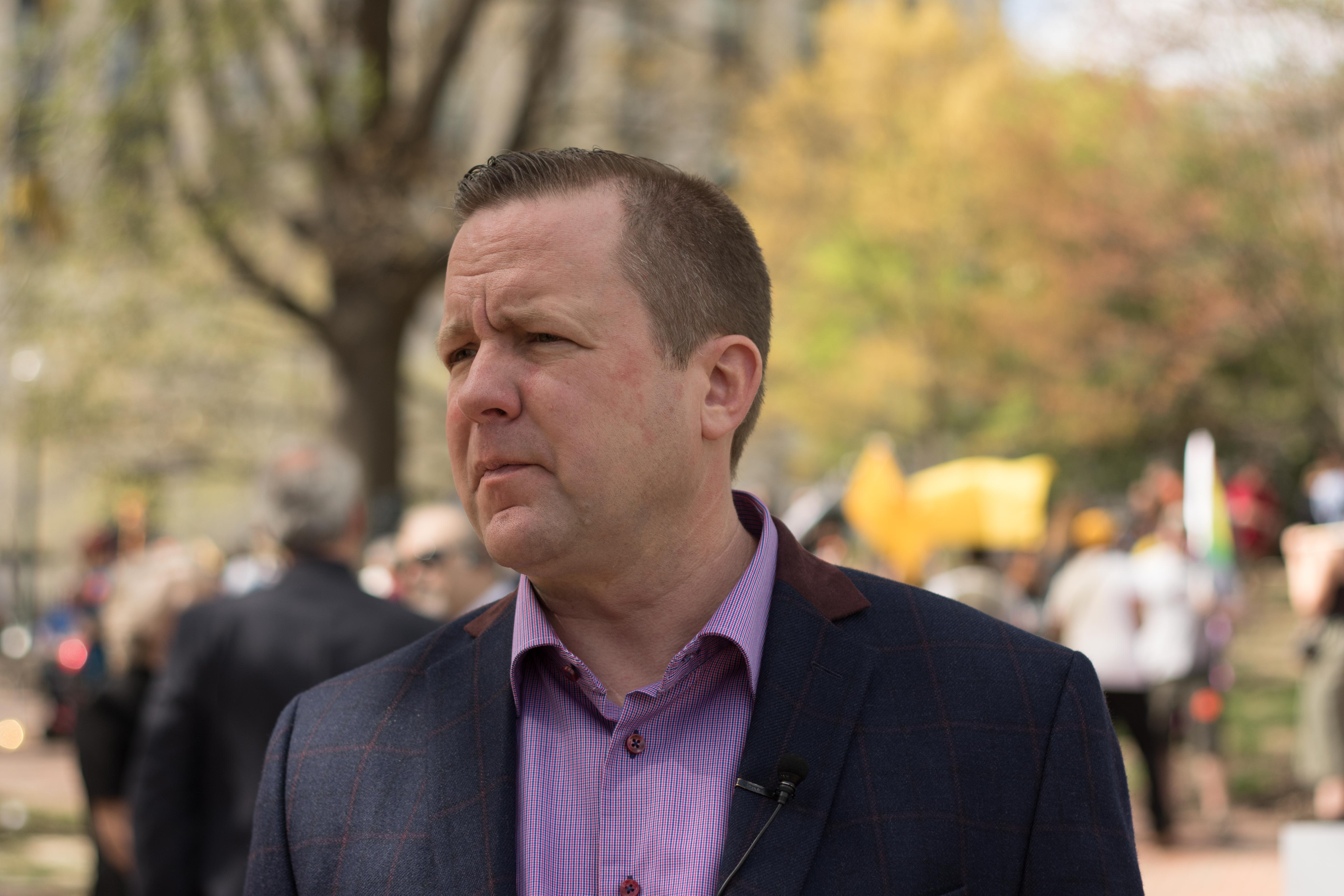 One of the main arguments made by the rally organizers, politicians and speakers was that the only way to stop a bad guy with a gun is a good guy with a gun. Critics dispute this. They point to a Harvard study of the National Crime Victimization Survey showing that fewer than 1 percent of victims defended themselves with a gun between 2007 and 2011.

Stewart said he opposes any compromise on Second Amendment rights; however, he said he supports enforcing existing laws against violent felons, the mentally ill and the potentially dangerous receiving guns.

Stewart, who chairs the Prince William County Board of Supervisors, said he plans to place retired police officers in all of the county’s schools in the coming months.

McAdams and Jackson also said they want to focus on enforcing existing gun laws. They noted that the FBI was notified in advance that Nikolas Cruz posed a threat, but failed to act. Cruz has been charged with the mass shooting at Marjory Stoneman Douglas High School in Parkland, Florida, in February.

“That young man who killed those 17 people should never have been allowed to get those weapons because he was clearly mentally ill and people knew about it even so much as to call the FBI about him,” said Jackson, a minister from Chesapeake.

Joe Savarese, who attended Saturday’s rally, agreed that the Second Amendment should not be compromised. He said gun control advocates are twisting the words of America’s Founding Fathers.

“They’re putting a 21st-century mindset, No. 1, into 18th-century men, and then they’re not reading their words as they were intended to be read. They meant exactly what they were saying. They weren’t offering opinion,” Savarese said.