RICHMOND, Va. — Rising up over four years at a bustling intersection, the Institute for Contemporary Art at VCU has now settled into its urban roost; a sleek, contemporary building in contrast to the area’s historic brick facades.

The new, non-collecting contemporary art institution designed by Steven Holl Architects will open to the public on April 21, 2018.  The ICA will debut with its inaugural exhibition, Declaration, an exploration of contemporary art’s power to respond to pressing social issues through the voices of 34 emerging and established artists from Richmond and around the globe.

Located at the intersection of Richmond’s Belvidere and Broad streets, there are dual entrances opening to the city’s arts district on one side and VCU’s Monroe Park campus on the other.  The design was intended to posit the ICA as  a venue
for connection between the two  communities.  VCU administrators, arts faculty, and community members decided that VCU should have an arts institution which complements the level of work produced both at VCU, ranked as a top public university and design program, and in the community beyond. The ICA is intended to inspire students, faculty, and the general public by bringing nationally and internationally respected artists and scholars to the city of Richmond.

The museum has 41,000 square feet of flexible space, including an inviting 33-foot-high central forum, and will feature a dynamic slate of changing exhibitions, performances, films, and interdisciplinary programs. Envisioned as a forum for collaboration
and conversation, the ICA will serve as an incubator for innovation, piloting curatorial and educational programs.

In October 2017, the ICA successfully completed its $37-million capital campaign toward the cost of the $41-million project, the balance of which was covered by private university funds. At the same time, the ICA launched its ongoing endowment campaign with an initial $12-million goal, to ensure the sustained growth of the institution.

The grand opening takes place Saturday, April 21, with a day-long block party. Timed tickets will be required for building and exhibition access during opening weekend.

Curators said that Declaration exhibit highlights the importance of artists’ declarations during intense periods of change.  Artists of varied generations, backgrounds and perspectives are featured, and curators said that “such diversity is essential to any healthy community, whether a university, a city or a nation.”

On view through Sept. 9, 2018, Declaration will feature a dynamic mix of multimedia projects. More than a third of the works in Declaration will premiere at the ICA, including site-specific installations by Paul Rucker, Stephen Vitiello, and Peter Burr with
Porpentine Charity Heartscape; new works in a range of media by Autumn Knight, Deb Sokolow, Lily Lamberta and All the Saints Theater Company, Sonya Clark, Andrea Donnelly, Edie Fake, Cannupa Hanska Luger, and Geof Oppenheimer; and performances and participatory works at the ICA in collaboration with the Richmond community by Winter Count Collective, Tania Bruguera, and Amos Paul Kennedy Jr., among others.

As an extension of the programming in Declaration, the ICA and the Richmond Symphony are co-commissioning three new performances by artists Hope Ginsburg, Marinella Senatore, and Paul Rucker to be premiered at the Festival of the River, a three-day event featuring contemporary art and musical performances on Brown’s Island in Richmond, June 8–10, 2018. 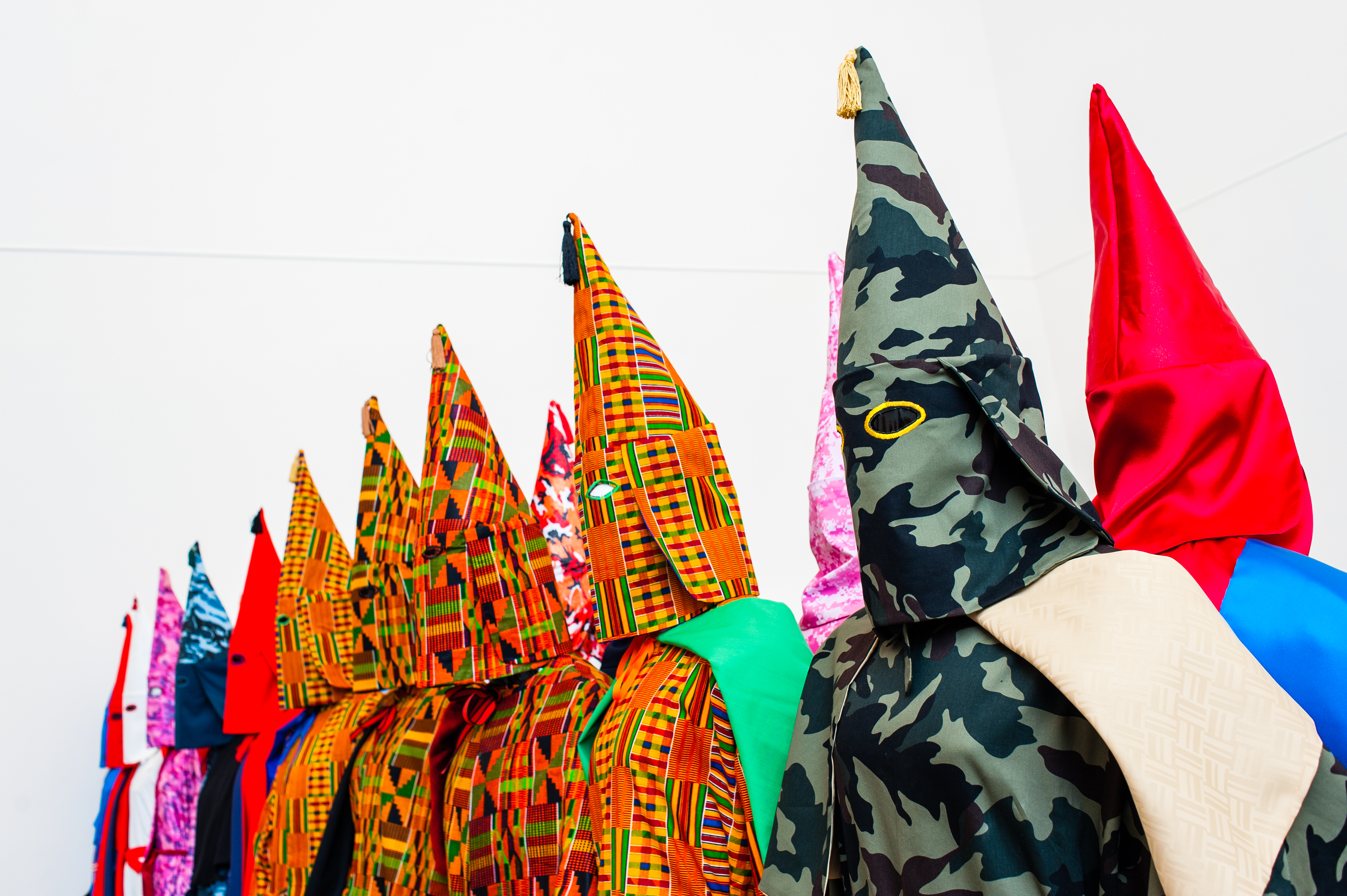 ABOUT THE ICA DESIGN

The open design of the ICA features exhibition and programming spaces that can support widely varied forms of contemporary art.

The glass walls and windows create continuity between the interior and exterior spaces of the building.

On the first floor, a 4,000-square-foot gallery, café, bar, and concept shop radiate from the ICA’s central forum and frame an outdoor garden. Referred to by the architect as the “Thinking Field,” the garden will be used for social gatherings and public programs. The first floor also features a state-of-the-art, 240-seat auditorium for film screenings, performances, lectures, and other programs. The second floor includes two forking galleries and an adaptable “learning lab” for interactive engagement. It also includes a publicly accessible terrace, featuring one of four green roofs.

The third floor features a gallery with soaring, 33-foot-high walls and houses one of the administrative suites and the boardroom. Additional staff offices are located in the building’s lower level, which also includes a lobby for visitors, art storage and preparation facilities, a fabrication workshop, a green room, the catering kitchen, and general storage.

GARDEN IN THE MACHINE
October 2018–January 2019
Through seductive materials and poetic forms, five artists offer critical perspectives on the interplay among nature, culture, and architecture. Each artist will present a single project or body of work that will play off the distinctive spaces of the ICA’s building, which is perforated with skylights and windows that usher light into the interior and connect the art inside to the wider world. Some projects foreground the “garden” (Vivian Suter, Jonathas de Andrade), others the machine (Julianne Swartz), others the territory between them (Abbas Akhavan, David Hartt). All raise questions about how we are shaped by our surroundings and what it means to be native or non-native.

PROVOCATIONS: RASHID JOHNSON
October 2018–August 2019
The Provocations series of site-specific commissions for the True Farr Luck Gallery will launch with a major new work by Rashid Johnson (b. 1977). Known for his gorgeous and powerful use of media—from photography to installation—to critically examine
issues of African American history and identity, Johnson envisions a large pavilion-like sculpture. As in several recent projects, he will create a gridded steel structure dense with plants, artifacts, video, and other materials. This pavilion will respond to the soaring, lightfilled expanse of the gallery. Johnson’s design includes niches, alcoves, and other spaces in which the ICA will program intimate performances that respond to Johnson’s work. These are intended to extend the project’s depth and reach, and to attract diverse
audiences to encounter the work again and again, over time.