Virginia State Police Public Relations Director Corinne Geller said the tractor-trailer was on Route 288 when the driver swerved to avoid a slow-moving vehicle.

"The driver lost control and the tractor-trailer went off the left side of Route 288," Geller said.

Officials said the big rig then then hit the overpass guardrail and bridge wall before landing onto Route 10 below.

"The adult male driver was transported to VCU Medical Center in Richmond, where he succumbed to his injuries," Geller said.

The truck driver was identified as Ray J. Townsend, 56, of Pamplin, Va.

Officials said the semi was empty at the time of the crash.

Chesterfield Police said that officers, fire, hazmat and EMS crews are on the scene.

The crash remains under investigation by Virginia State Police.

VDOT reported that all lanes of Iron Bridge Road were closed at Route 288 as was the ramp from Route south to Route 10 east.

However, as of just after 3:20 p.m. all lanes of Route 288 had reopened and the eastbound right lane of Route 10 as well as the ramp from Route 288 south to Route 10 east reopened just after 6 p.m.

Witness: 'Truck was completely on its side'

Witnesses said the semi truck ran off of the overpass before landing on Route 10.

"We rolled up as soon as the dust settled," Tre Compton said. "The truck was completely on its side. I don’t believe it landed on any vehicles."

"There are visible scuffs on the bridge where he or she rode along it before flipping over," Compton said.

If you see breaking news, and can do so safely, shoot a photo or video and send it to CBS 6. You can also upload photos to our Facebook page or email pics@wtvr.com from your phone. This is a developing story, so anyone with more information can submit a news tip here. 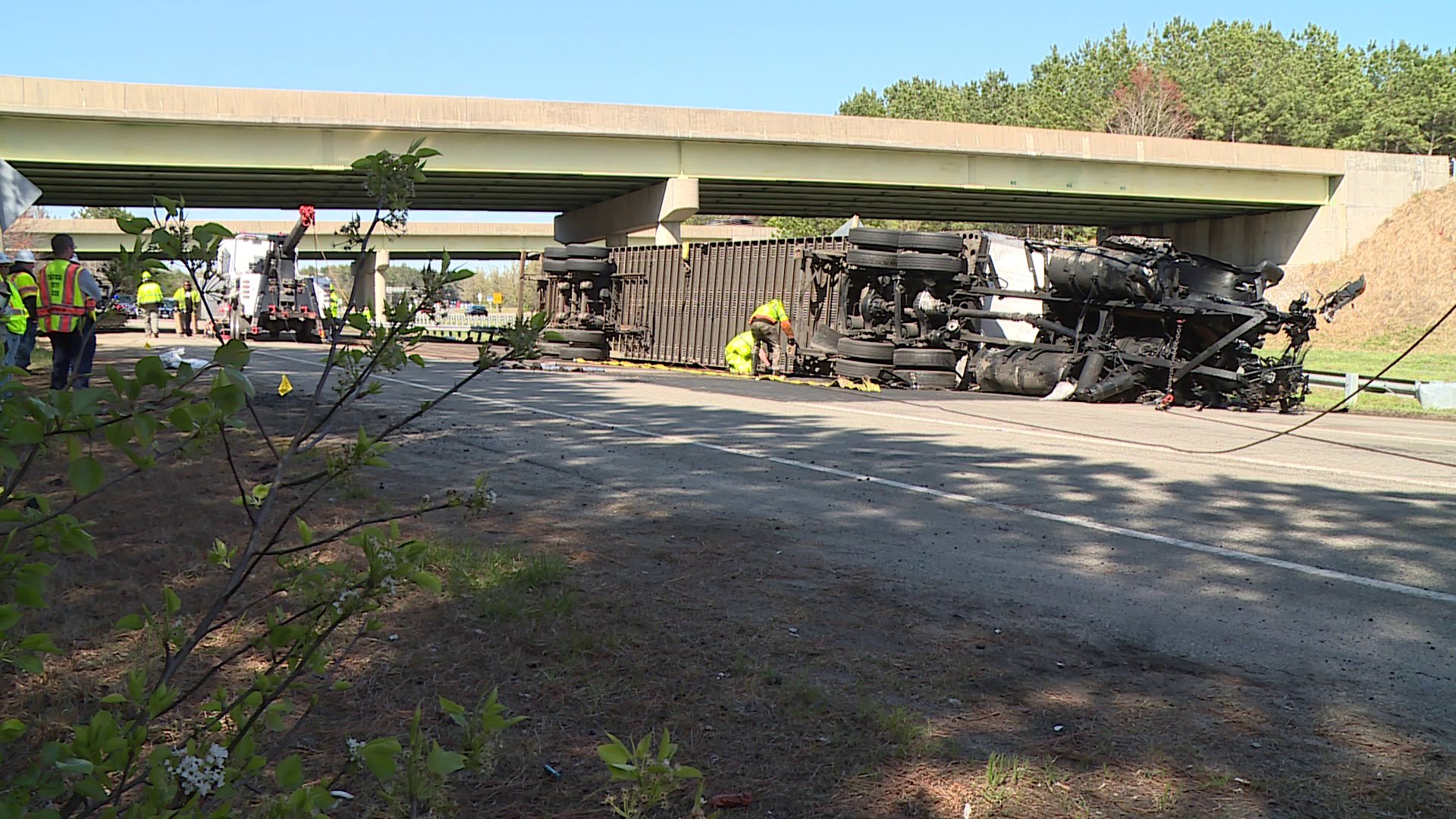