DINWIDDIE COUNTY, Va. -- Dan and Cindy Hall said one of the goats injured during a Good Friday attack on their family succumbed to its injuries from an infection on Saturday.

The Halls made the gruesome discovery when they returned home to Mardelian Farm on Boydton Plank Road around dark on March 30.

The couple found four of their goats slaughtered and eight others and a sheep seriously injured. The fate of that injured sheep remained uncertain Saturday since the animal is battling an infection.

Among the dead was a mother goat whose twin kids must now be bottle fed. Two other goats drowned in a pond trying to escape the attack.

Investigators said a neighbor's dog or dogs were responsible for the attack.

The farm has a been a sanctuary for the family's goats, chickens, ducks, horses and various other animals. The goats provide Cindy with a business opportunity making products with goat's milk. But when the Halls came home Friday night, they found four of their goats had been killed.

An injured goat at Mardelian Farm

The couple said they have been overwhelmed by the support from the community after what happened on their farm, which has a been a sanctuary for the family's goats, chickens, ducks, horses and various other animals. The goats also provide Cindy with a business opportunity making products with goat's milk.

"People have volunteered to help with feedings and wound care," Hall said.

During a meeting that staff member asked if there was anything the hospital could do, which led Seier to the farm to drop off supplies.

"Gauze and some bandages, some tape as well that can really help with wound care," Seier said. "This is an emotional time for them and we wanted to help ease that burden a little bit."

Seier drops off supplies for hospitals.

Hall said the donation came at a critical time.

"We're going through them so quickly with so many injured, I'm trying to keep it nice and clean," Hall said. "A farm and a barn is not the cleanest environment, so it is taking a lot to keep them clean."

Additionally, Hall said the Petersburg Trading Company dropped off some fence posts since the couple are in the process of putting up an electric fence for added protection.

For now though, the animals only allowed out when Hall can keep a close watch on them.

"Until we can figure out what's going on, I'm not going to let them stay out to have this happen again," Hall said.

Animal control officers conduct a patrol near the farm.

Officers, who have been monitoring the area day and night, believe the attack was not from a wild animal.

"I truly don't think it was coyotes or any wildlife,"  Animal Control Supervisor Alvin Langley said. "I do think that we had some domesticated animals to get out and that's what caused the problem here."

With the loss of her goats, Hall is now relying on milk from other farms to make products to keep her customers supplied. 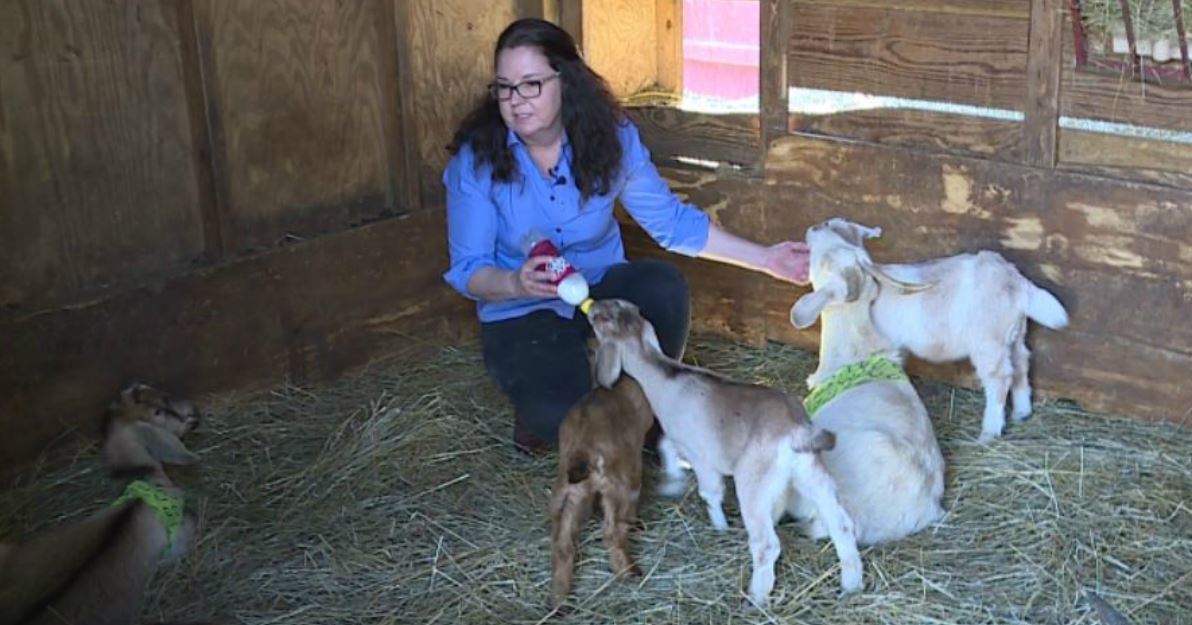