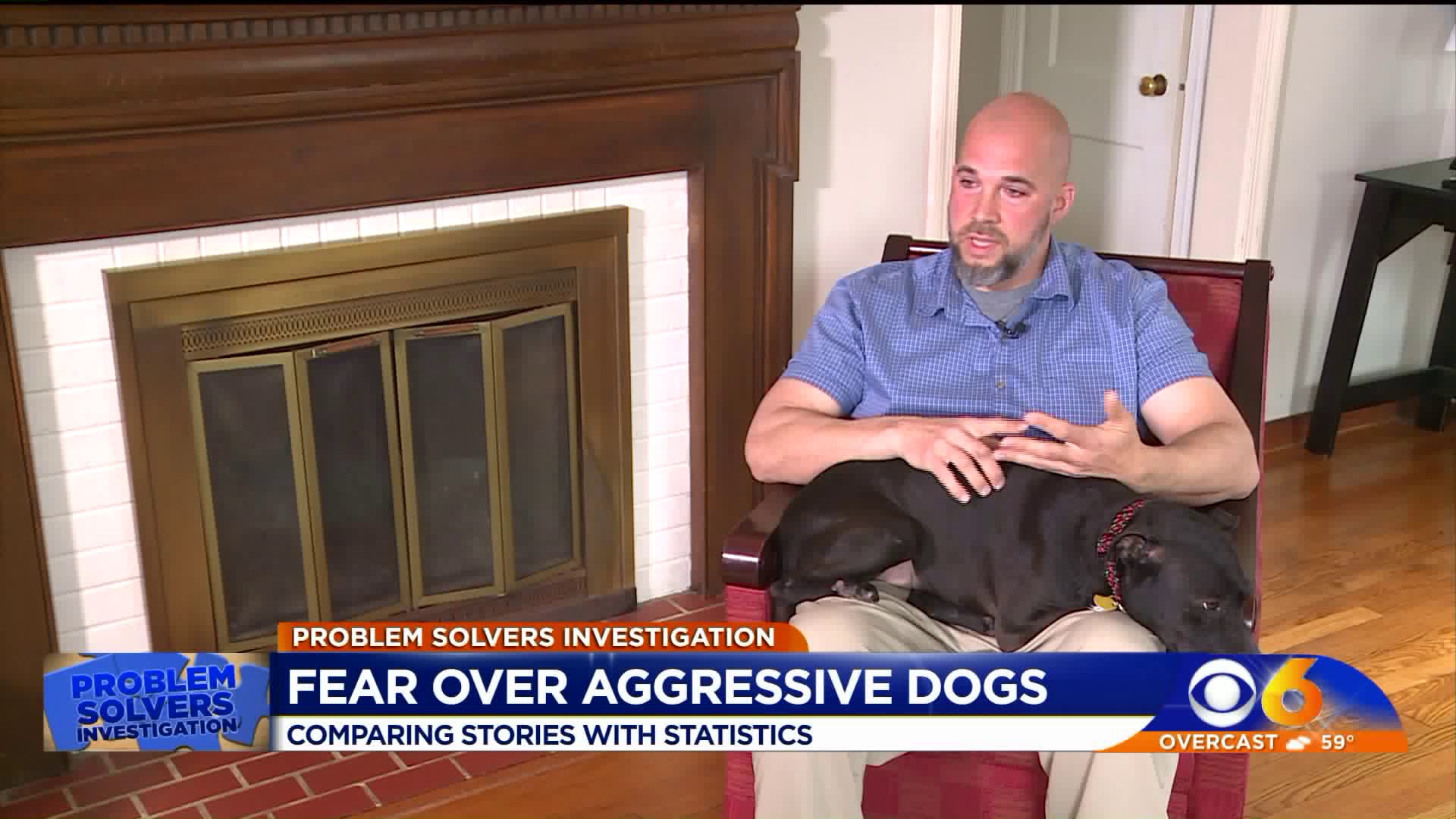 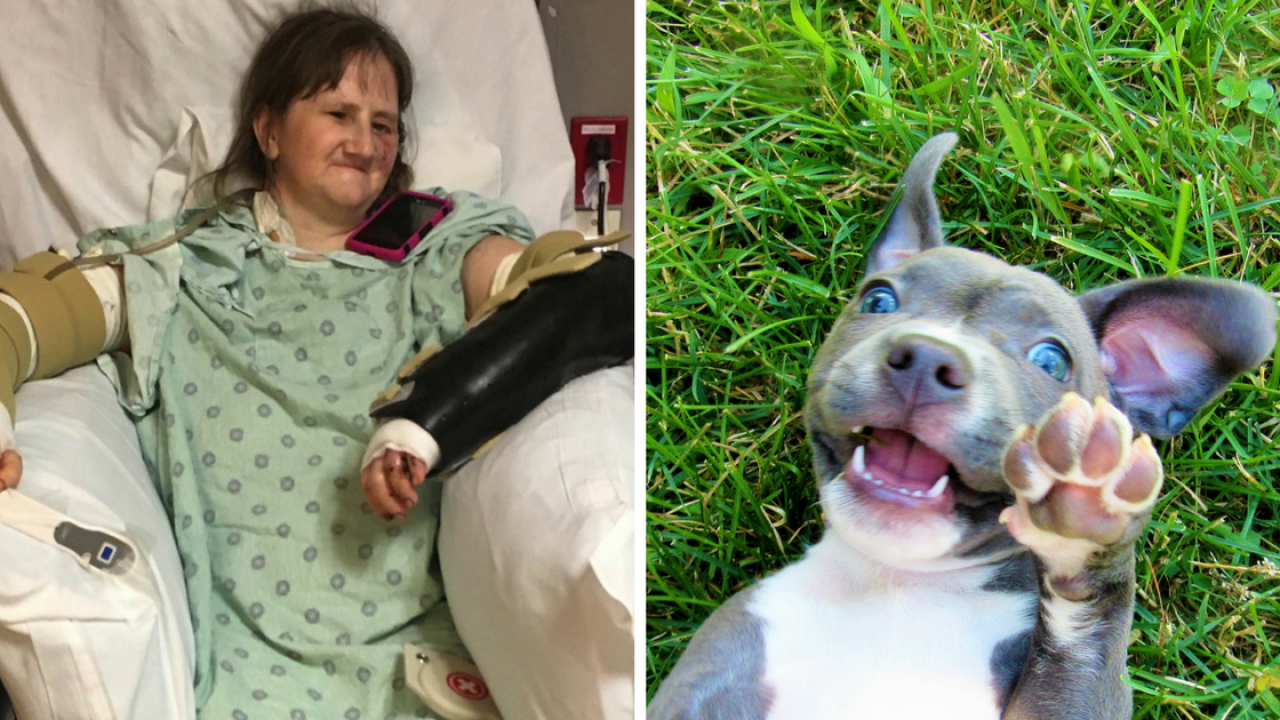 Just last year, Michelle Thomas thought she might lose her arms after she was mauled by two pit bulls in her neighborhood in Mecklenburg County.

"This actually helped with opening door knobs because I couldn't even do that at first," Thomas said, while using a weight machine at the VCU Health Hand Management Clinic.

After 17 surgeries and extensive work with occupational therapists, she can now cook and bake again.

"Simple things in life, brushing your hair things you don't think about on a daily basis that are just everyday things, you think about them after you can't do them for a while," Thomas said.

Thomas still thinks about what happened on Jan. 28, 2017, when she and her then 7-year-old son Mel went to pick up trash in a ditch near their home in Mecklenburg.

"We were just about done...two dogs came up out of the yard," Thomas said

She said Mel got scared when the dogs started jumping up and nipping at him, so he screamed and buried his head in his mother's stomach.

"The dogs started attacking me and everything, he was able to get away," Thomas said. "Chewing in my arms eating and everything."

She said the dogs, two pit bulls that lived nearby, might have killed her, if the landlord had not come upon the scene and fired a gun into the air, chasing them off.

"I did pray that I would be saved," Thomas said.

Thomas was airlifted to the VCU Medical Center, where the trauma team stabilized her and brought in hand surgeon, Dr. Ilvy Cotterell.

"Both arms had essentially been completely mangled by the dogs to the point where it was barely recognizable," Cotterell said.

Dr. Cotterell took an artery from Thomas' leg to replace the damaged arteries in her arms.

"It was like they literally had her and were tearing at her," Cotterell said.

Cotterell said most of the serious dog bite wounds they see at the hospital are caused by pit bulls.

"Once they've latched on, they don't let go, and that causes severe muscle and soft tissue damage. Sometimes they can even bite through the bone," Cotterell said.

According to the numbers on the website dogsbite.org, roughly two-thirds of people who died due to the dog bites between 2005 and 2017, were bitten by pit bulls.

But, Will Lowrey, a volunteer with Gracie's Guardians, a group devoted to pit bull welfare and awareness, discounts dogsbite.org.

"I don't think there's a lot of credible studies that are coming out from respected research scientists." Lowrey said. "This person has a clear agenda she stated on her website her intention is to get rid of pit bull-type dogs."

He said pit bull-type dogs, like his Ripley who was rescued from a dog fighting situation, make wonderful pets.

Lowrey cites factors the AVMA mentions on its website that might explain why pit bulls are more frequently involved in serious attacks, including the popularity of the breed in certain rural and urban areas.

"There's a high prevalence of pit bulls in this area," Lowrey said.

Will Lowery with his pup.

He also cited the way they're treated by humans as an important factor.

"Focus on the factors that lead to aggression and that factor is not specific to the breed," Lowrey said.

And, even Thomas, who said she's thankful the dogs that attacked her were put down, still does not blame the breed.

"I'm not against pit bulls, I'm not against any breed. Pit bulls might be a lot of cause of pain for people sometimes, you hear that in the news and I'm sorry for that, but I'm not going to totally say I'm against the breed, because I don't have it in my heart to be against anything," Thomas said.

The Centers for Disease Control and Prevention looked into the topic back in 2000, and at the time they acknowledged that reliable breed-specific data was not currently available.

Still, based on their research, they found that between 1979 and 1998, pit bull-type dogs did account for the highest number of dog-bite related fatalities in the U.S.

Yet, the CDC said the data did not take into account the impact of humans.