HENRICO COUNTY, Va. -- Police said a middle school student has been charged after a prank call about an active shooter prompted a lockdown at three schools in eastern Henrico County Friday afternoon.

"Henrico Police understands that although the threat was not real, the fear it creates in parents and students can be," Henrico Police officials said. "We will continue to take these situations seriously and respond to them accordingly."

Officers received a call of a report of a "serious threat" at John Rolfe Middle School just after 1 p.m.

"The threat was determined not to be credible and appears at this time to have been a prank call," police said.

Baker Elementary and Varina High School were put on lockdown as a precaution.

The lockdown at Baker and Varina was lifted earlier and normal activities resumed, officials said.

"The 'lockdown' at Rolfe Middle School has been lifted, meaning no schools are on lockdown anymore," officials said at 2:50 p.m. "Dismissal at Rolfe Middle and Varina High will take place at their usual times." 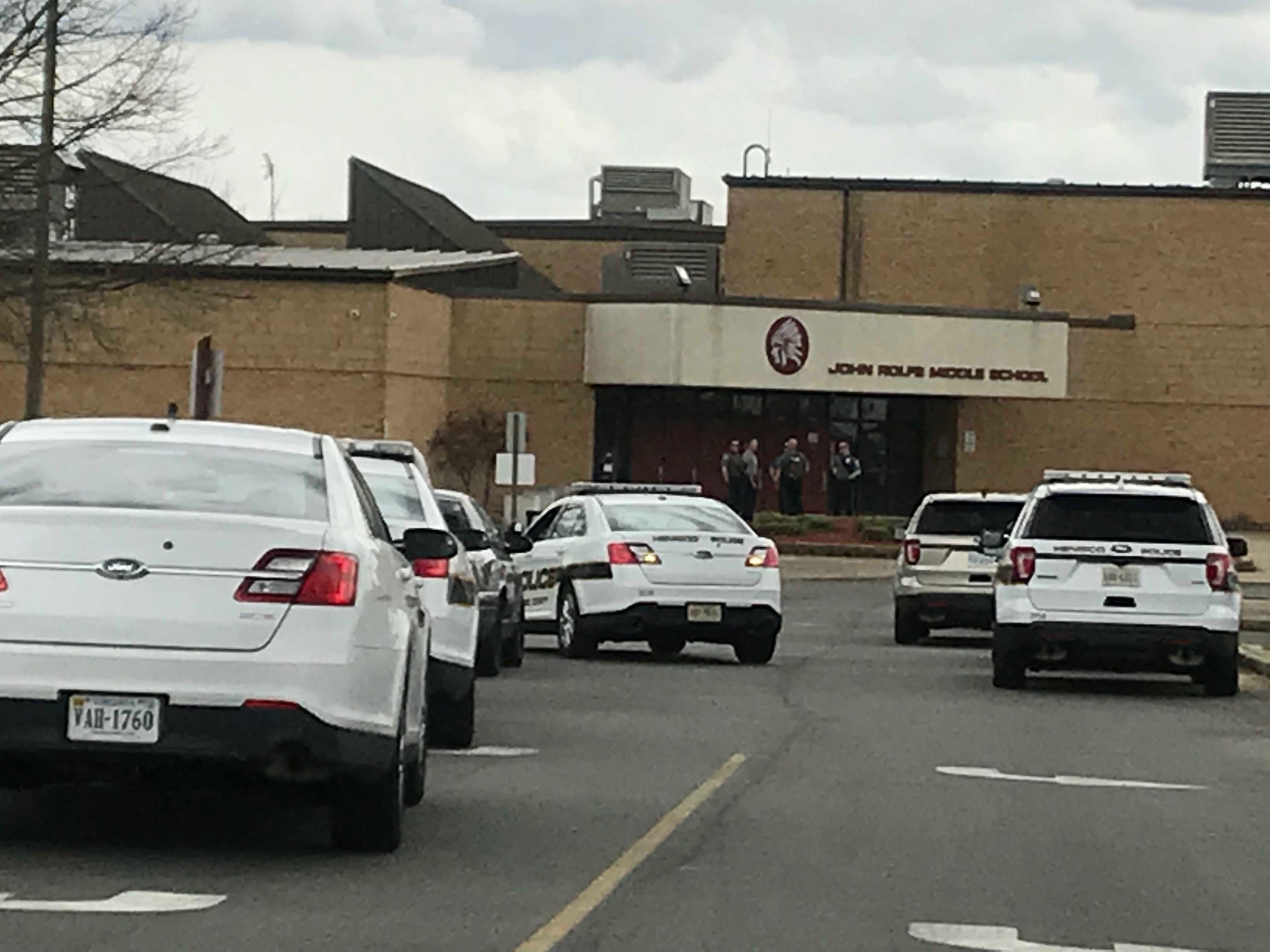 There was a heavy police presence at John Rolfe Middle School and parents were flocked to the school check on their kids.

One panicked mother cried when she pulled up to see numerous police cars outside the middle school.

“Where is my child?” she pleaded. “He’s not answering his phone, so I don't know.”

Information wasn’t flowing fast enough for her and many of the other parents huddled together on the sidewalk in front of the school.

She began to fear the worst after one woman showed up minutes after getting a frantic call from her 13-year-old sister as rumors swirled.

“She just kept on calling and calling," Ceara Eberhart said. "And then I finally answered the phone and she was like, 'Where you at? Can you come and get me?' And she was like, 'They was shooting inside the school.' And I couldn't believe it. I thought she was lying."

Henrico police, who said no shots were fired, responded to the school around 1 p.m. after a call came in about an active shooter at the school.

As a precaution, John Rolfe immediately went on lockdown.

Several students outside on the track were evacuated to nearby Varina High School where they stayed until an all clear was given and they could return to their school.

Officers said the the call was a prank.

Parents said the hoax stirred up panic anxiety and fear.

Anyone with more information can submit a news tip here. If you see breaking news, and can do so safely, shoot a photo or video and send it to CBS 6. You can also upload photos to our Facebook page or email pics@wtvr.com from your phone.