CHESTERFIELD COUNTY, Va. -- A celebration of life was held Friday for two brothers and Chesterfield Sheriff’s Office employees killed in a car accident earlier this week.

Earl Garnett and John “Hollywood” Mallory were remembered  for their passion, positive attitude and dedication.

The retired deputy and jail maintenance supervisor died Monday after being hit head-on in Isle of White County.

“He took his job very seriously was very passionate about his work from the smallest thing he had to do at that jail to the biggest project he had going on,” one man said.

Family and friends took comfort in the fact that the brothers died together. 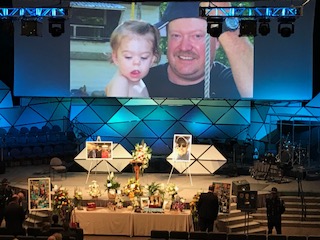