RICHMOND, Va. -- Fire crews quickly extinguished a two-alarm fire that broke out inside the room of a Motel 6 on Richmond's Southside Saturday afternoon.

Richmond Fire Battalion Chief David Pulliam said crews were called to the motel in the 100 block of Greshamwood Place near Midlothian Turnpike and Chippenham Parkway just past 4:30 p.m.

When the first crew arrived, firefighters spotted "heavy fire coming out of windows and door of one of the rooms, and it was actually getting up into the attic area,” Pulliam said.

Officials said that first crew attacked the blaze quickly and prevented it from spreading.

"We pretty much had the fire out within five minutes," Pulliam said. "That first company that got here was able to knock out about 95-percent of the fire.”

Fire officials said no one was inside the room where the blaze is believed to have originated.

No one was injured and, at last check, there was no word on the exact number of people displaced.

Because of the size of the structure, a two-alarm was called. 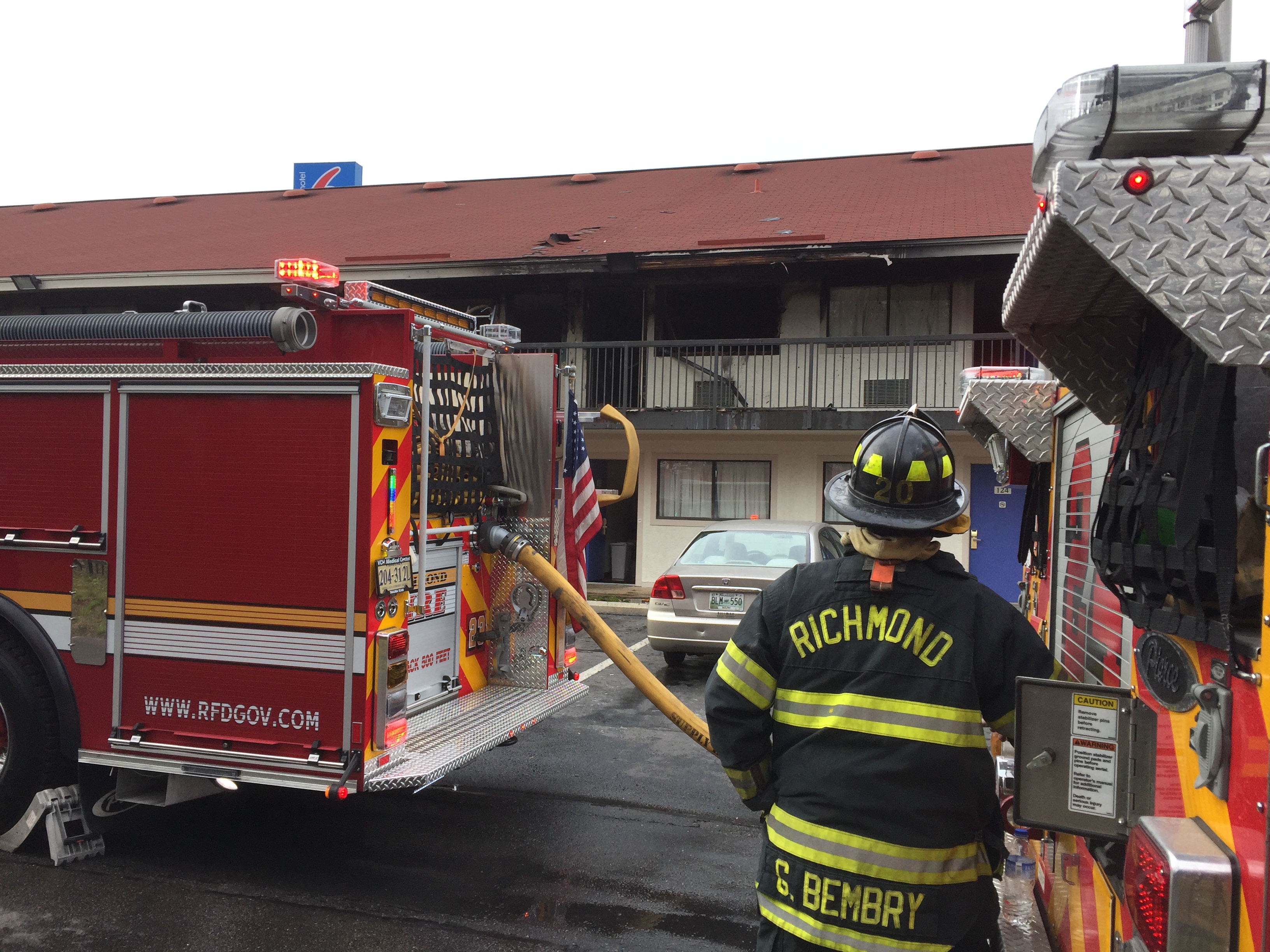 The cause of the fire remains under investigation and fire marshals are investigating reports that the building's fire alarm system was not working.