Richmond students, community rally in the thousands for gun control

RICHMOND, Va. -- More than 5,000 students and other demonstrators marched through Richmond on Saturday as part of a nationwide protest against mass shootings and gun violence.

Cheering and chanting against the chilly breeze, the Richmond march spanned more than a mile from the lawn of Martin Luther King Jr. Middle School to the stairs of the Virginia Capitol. The event featured several student speakers alongside prominent local and state leaders.

At the start of the rally, U.S. Sen. Tim Kaine expressed pride in seeing the action taken by students in his home state.

“Congress and the General Assembly – of not just this state but of other states, too – has a hard time finding a way to do anything because of the power of gun manufacturers and NRA leadership, but they’ve never had to come up against high schoolers before,” Kaine said.

The youth-centric nature of the march was present in the speeches and chants heard throughout the day. Once the march reached the Capitol, the younger speakers took the lead as state legislators and Richmond School Board members deferred to their voices in respect. Meanwhile, students repeatedly called on older participants to protect them by doing what they can’t – vote for gun reform. 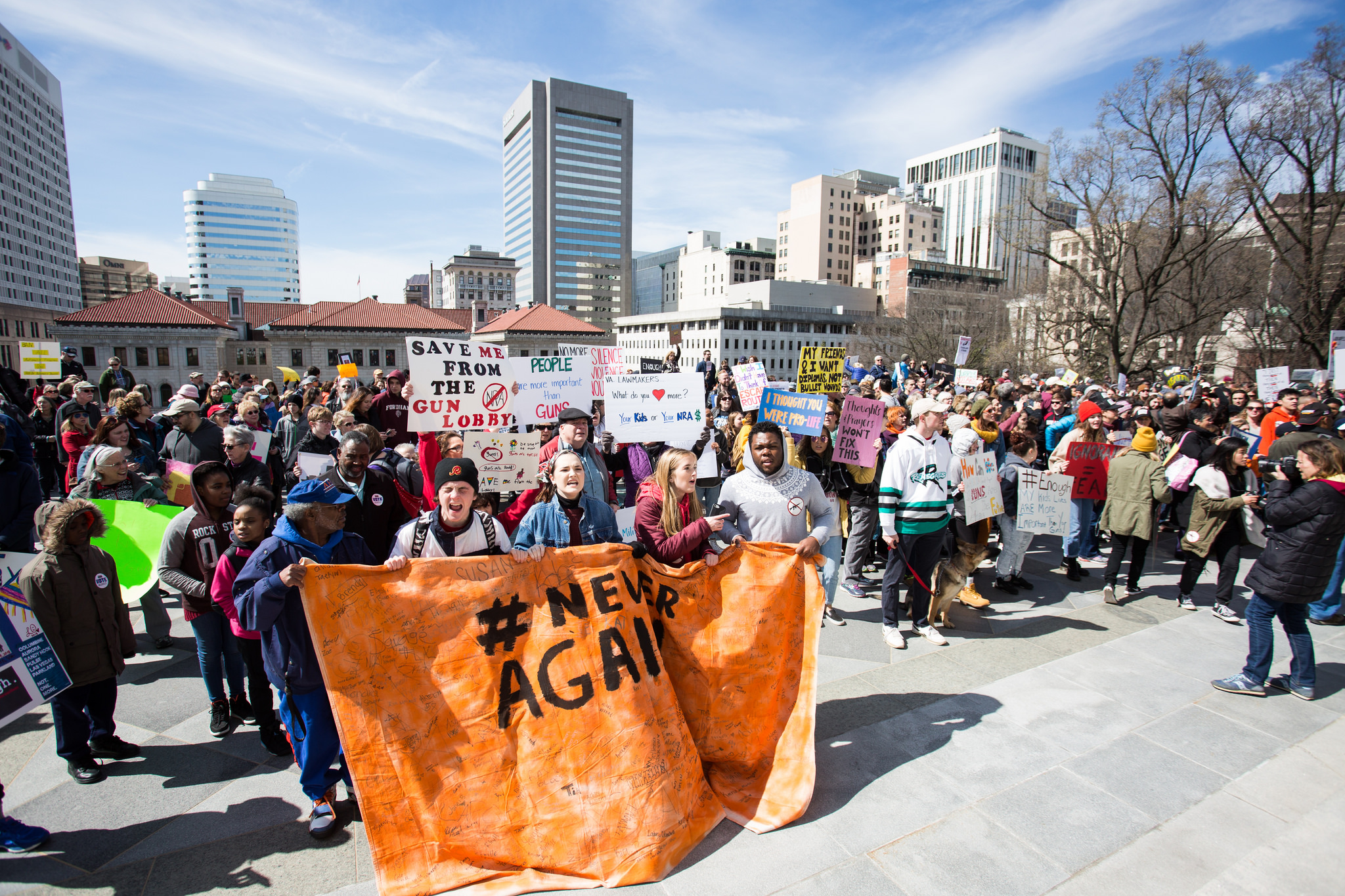 Maxwell Nardi, a student speaker from Douglas S. Freeman High School in Henrico County, was one of many to call for changes in school safety, universal background checks for firearm purchases and the removal of politicians unwilling to support gun control.

“This isn’t a new issue,” Nardi said. “It’s been happening for 19 years in school shootings, and gun violence has been plaguing America for a much longer time.”

Speakers also emphasized the greater impact gun violence has on the African-American community, tying it to historical acts of violence against minorities.

“How many more black families will be devastated by gun violence – threatened or killed by the people whose job it is to serve and protect?” Stephanie Younger, an activist with the Richmond Youth Peace Project, asked the crowd.

“How many more times do my parents have to give me that talk explaining to me that I’m 10 times more likely to become a victim of gun violence because I am black?”

Speakers also drew attention to Virginia’s history with guns – in particular, the Virginia Tech massacre in 2007 as well as the National Rifle Association’s presence in the state, politically and geographically (its headquarters are in Fairfax).

The March for Our Lives, with its main rally in Washington, was a student-led call for action with more than 800 sibling marches worldwide. It was planned in the wake of the mass shooting at Marjory Stoneman Douglas High School in Parkland, Florida, on Feb. 14, when a man with a semi-automatic rifle killed 14 students and three staff members. Since then, surviving students launched the Never Again movement and urged lawmakers to impose stricter gun laws.

Calling the message from Richmond’s youth “powerful,” Mayor Levar Stoney said, “I am more inspired walking out than ever before. I think there’s a real possibility for change and I leave here today filled with optimism.”