Iraq War veteran finds salvation in his music: ‘This band has saved my life’

The latest installment of Greg McQuade`s "I Have A Story"

RICHMOND, Va. -- On tour. It is one place Jim O'Ferrell feels most comfortable. The professional singer could not think of a better job than making music.

“I try to write songs that are relevant and that is what music is for me. It gives me that purpose,” said O’Ferrell.

Soulful lyrics and a bluesy voice define this artist from Church Hill. The front-man of The J.O.B. is living his dream.

“I don’t think I could be any happier,” O’Ferrell added.

But Jim’s gigs haven't always been a joyride. The former Ranger with nearly three decades in the U.S. Army, lead a platoon of soldiers through Ramadi, Fallujah and Baghdad during two year-long tours in Iraq.

“When the firefight is over that is when this starts. You get a little bit tightness in the chest and throat,” said O’Ferrell.

There were harrowing experiences that have define​d Jim.

“I lost a lot of people I knew around us. We had soldiers and Marines that were around us on patrol that didn’t come home on the same aircraft with their units,” said O’Ferrell.

Returning from war was not the easiest of transitions for this father of three. 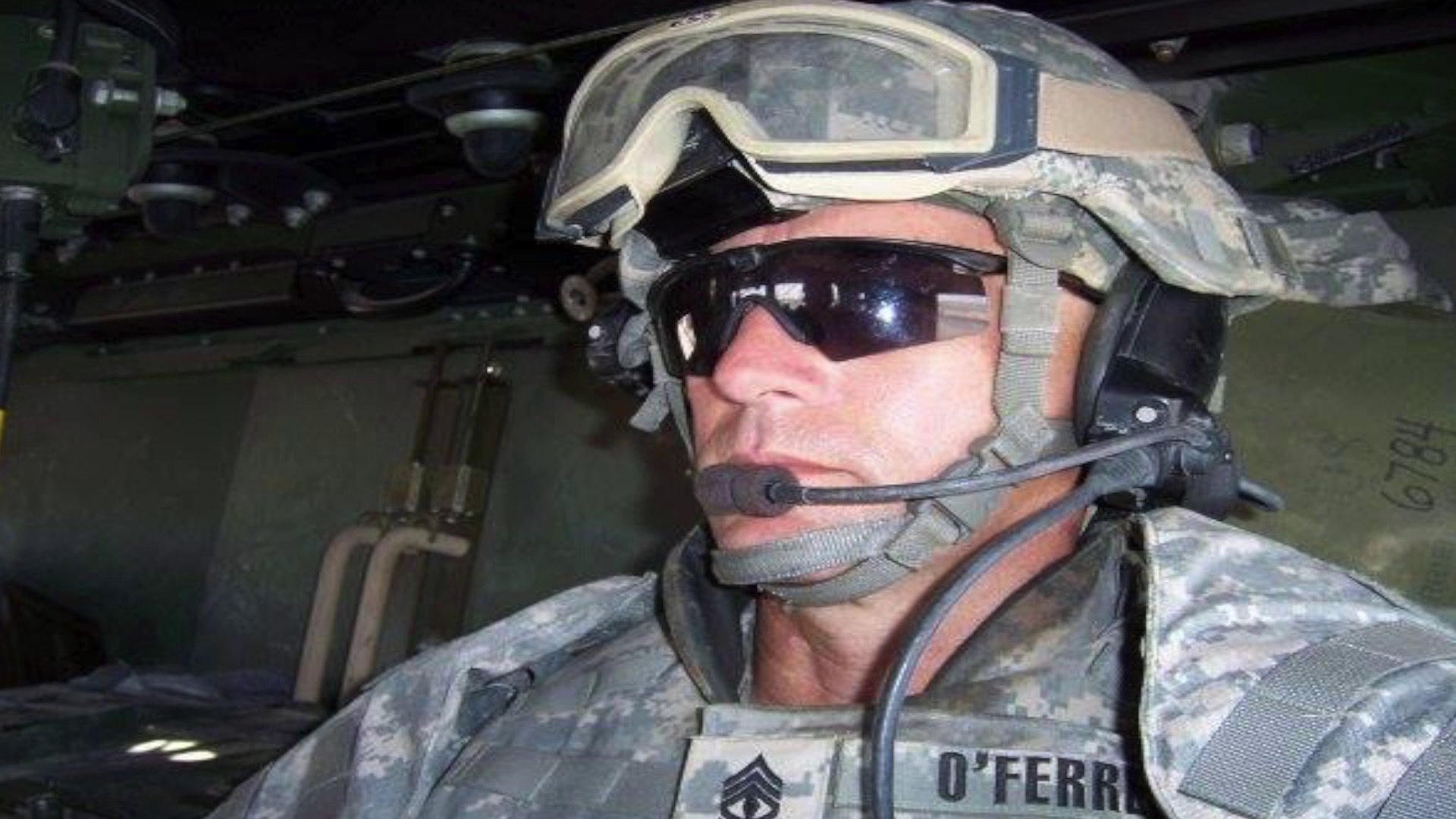 “It is tough to disengage,” said O’Ferrell. “The first few years I was home I kept waiting for the phone to ring. I kept waiting to pack my bag and go back because that is my lifestyle for so long.”

Increasingly alcohol clouded his creativity. He was on a path of self-destruction until one day eight years ago.

“It was that morning. April 30, 2010. That was my last hangover. I don’t advocate that for anyone else. It was the thing for me to do,” said O’Ferrell.

The 55-year-old’s salvation was found in his strings.

A decade ago O’Ferrell met guitarist Jason Crawford. Crawford admires his bandmate’s lyrics which reach deep into the soul.

“It is an enthusiasm that I draw from,” said Crawford. “There is a perspective that Jim has that a lot of songwriters don’t have that contributes to the fabric of music.”

Their group The J.O.B. has released five albums with a sixth on the way.

“Writing and recording and performing is 100% everything we do,” said O’Ferrell.

O’Ferrell is carving out quite the musical career. The group’s songs even landing on the Top 40 Charts. But O’Ferrell’s thoughts remain with veterans.

Several of his original songs are dedicated to fellow men and women in uniform.

“I feel like it is my obligation and responsibility as an artist now is to try and connect with those veterans that need to hear a voice that is like them,” explained O’Ferrell.

After 30 years of serving our country this musical military man is now entertaining it.

“I wouldn’t be the singer or performer I am today without having been a soldier first. I know that,” said O’Ferrell.

For Jim O’Ferrell the rhythm of his life is finally in tune.

O’Ferrell’s son, Jason, is also in the United States Army and has served three tours in Afghanistan.

The J.O.B.’s sixth album, “Highway of Shadows”, will be released later this spring.