Spring will begin with wintry weather

Some scattered showers, followed by sunshine on Sunday

RICHMOND, Va. -- The month of February was the sixth warmest on record in Richmond, with the most of the days having highs above normal.

March thus far has been a cold month with highs staying near or below normal.

This colder pattern will last for at least another week.  After highs in the upper 50s and lower 60s on Sunday, the remainder of the week will be chilly.  The normal high for this point of March is in the lower 60s.

A storm system will approach on Monday, bringing some rain later in the day.  Cold rain will last for at least the first half of Tuesday.  A wintry mix will be possible across northern and northwestern Virginia.  Highs will stay in the 40s across the metro. 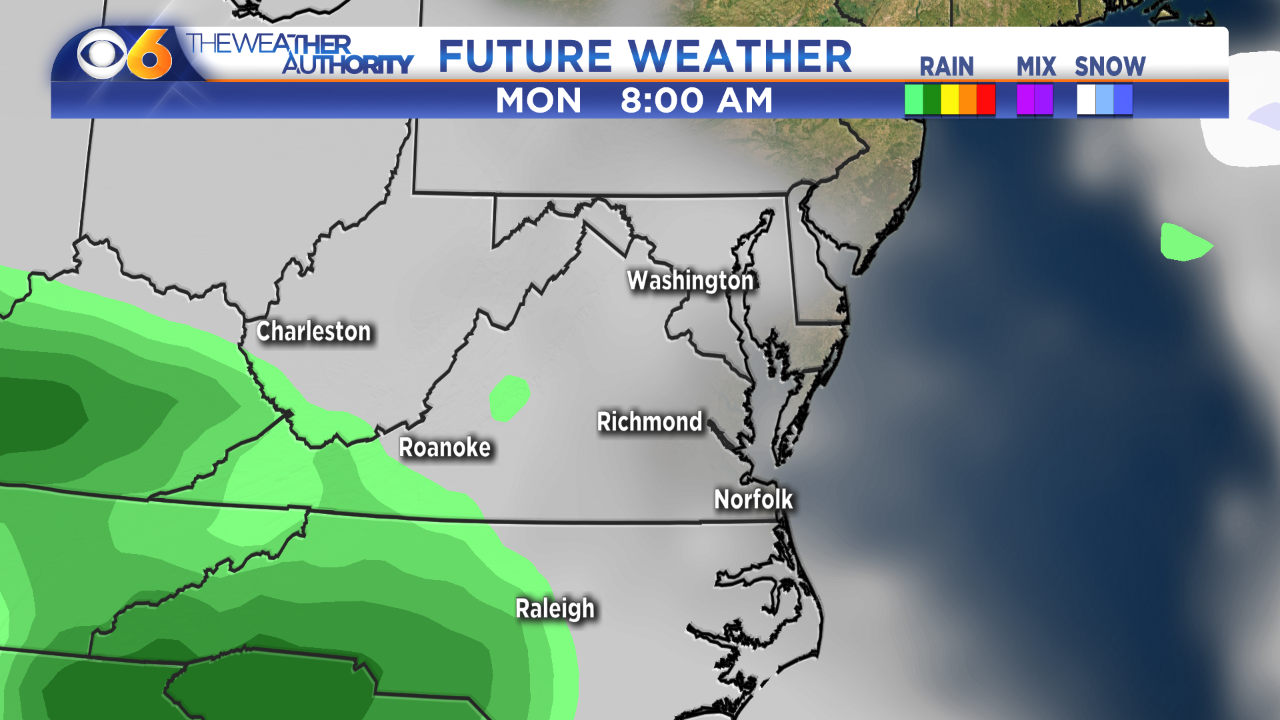 Even though it will not feel like it, the start of astronomical Spring occurs Tuesday at 12:15 p.m.

On Wednesday, a coastal storm *may* develop.  The exact position, strength and track is not yet certain.  If it does form, there is the potential for rain to mix with and then change to snow.  We will have more information about this over the next few days.  Currently, the energy for that storm is over the Pacific Ocean, so a lot will change between now and mid-week.

Sunshine will return at the end of the work-week, but temperatures will remain quite cool.