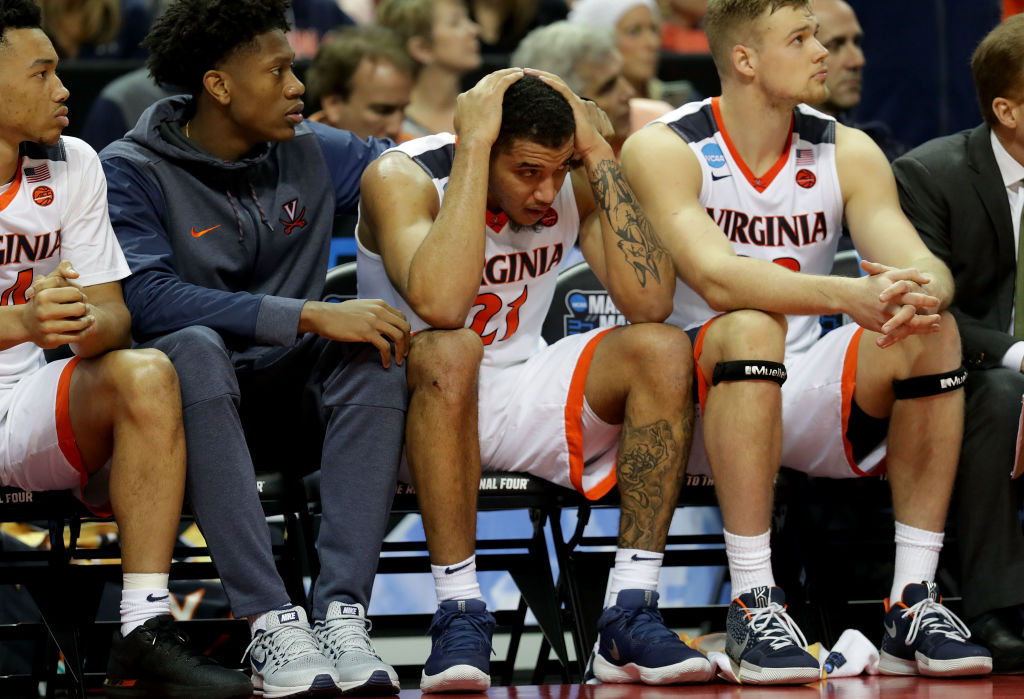 CHARLOTTE — No. 1 seed UVA suffered the biggest upset in NCAA history with their 74-54 loss against No. 16 seed UMBC during the first round of the 2018 NCAA Men’s Basketball Tournament at Spectrum Center in Charlotte.

The following statements were provided after the game and published on VirginiaSports.com.

“Well first, hats off to Coach Odom and his staff at UMBC. They played a terrific game. They thoroughly outplayed us. They did a heck of a job. Very hard to guard offensively and they defended us well. I was concerned with a four-guard or four-perimeter offense heading into this. We didn’t do the job. I told these guys in the locker room, a week ago we were cutting down the nets at the ACC Tournament and how good that felt. They had a historic season. They really did. I said that to Tracy [Wolfson] at CBS after the game, in terms of ACC wins and ACC Conference tournament championship. Then, we had a historic loss being the first one seed to lose. That’s life. We talk about it all the time. In the end, it was a remarkable season but we got thoroughly outplayed and that’s the reality of it. I hate for this team to lose like this. If you play this game and step into the arena, this stuff can happen.”

GUARD Ty Jerome
What was UMBC doing so effectively?

“They spread the floor. They made shots. I don’t think we defended well. We didn’t pass the ball well. We didn’t come off screens well. We didn’t really do anything well tonight, to be honest. Give credit to them, too. They played well. We talked about it all week that they were going to get up in us and be physical on the ball screens and physical in the gaps and just be strong with the ball and come off ball screens. Nothing really surprised us, we just kind of, I don’t know, we didn’t execute the game plan offensively.”

GUARD Kyle Guy
What was UMBC doing so effectively?

“Defensively, they were very quick and beating screens. Once we got down eight or 10, we tried to make home run plays because you don’t want to be in this position.”

GUARD Devon Hall
On how disappointing the loss was

On if the loss has sunk in yet

“I am sure I will be able to sit back and … We just lost. We lost 10 or 15 minutes ago. I can’t necessarily say it has sunk in yet. We just got off the floor. It hurts. I know that. I realize that was my last game I will ever play in this uniform.”

On what his time at Virginia has meant to him

“It has been amazing. I have learned and I have grown. I have been able to mature as a player and as a man. I love this team.”

“That was in the scouting report. We just got outplayed. That is all it was.”

On why the team couldn’t come back

“We just could not get stops. They were clicking. They are good. I do not know their point guards name but he was doing good things and was hard to stop on the ball screen. They were hitting shots and we were off today. I have to give them credit. They outplayed us.”

On what his team at Virginia has meant to him

“It has been special. Thank you to everybody who has supported us over the four years. It has been a great ride. That is all I got right now.”