President Donald Trump on Tuesday will visit prototypes for his long-promised border wall, an opportunity to see in person what options his administration has tested for future construction — if Congress approves any money to proceed.

But experts say Trump shouldn’t appear to choose any prototype as his favorite, for fear of seeming to influence the rigid procurement process.

Customs and Border Protection picked eight proposals for construction along the San Diego border, which were finished in October and have been tested in a real-world border environment for evaluation since.

The eight prototypes fall into two categories — four are designed to be 30-foot concrete walls, and four are made of other materials.

After construction was completed, the prototypes were tested on several fronts, including on withstanding breaches, climbing, digging, their ability to slow down and stop border traffic, and whether they are safe for Border Patrol agents. For example, officials in the past have said border barriers ideally allow agents to see what’s happening on the other side, so adversaries can’t hide in the shadow of a wall. 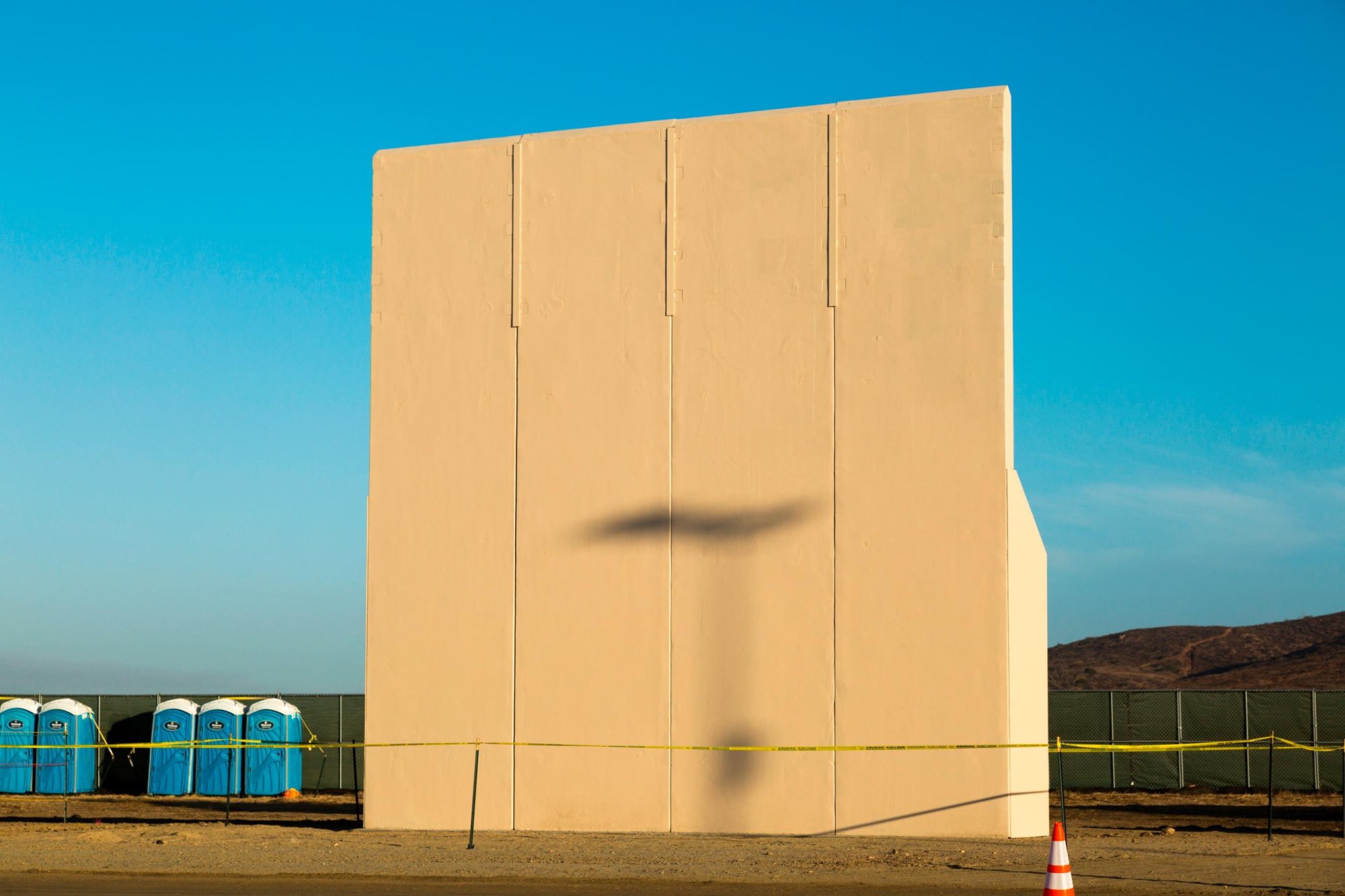 All the various characteristics of the potential border walls and fences, including combinations of them, could be used as new barriers are built, as each choice will be selected based on the needs of the environment where it’s being put. The process of putting together the “toolkit” is ongoing, according to Customs and Border Protection spokesman Carlos Diaz.

Asked recently at an event with reporters, Department of Homeland Security officials wouldn’t specify what role the President would have in choosing among the prototypes.

Asked about the President’s visit, DHS spokesman Jonathan Rath Hoffman said the “normal course of the procurement process” will be followed.

Former Customs and Border Protection chief Jayson Ahern and Bush administration DHS veteran, who’s now a principal at The Chertoff Group, said he hopes Trump’s advisers are warning him to not appear to put his thumb on the scales — as anything that seems to break from the rulebook could spawn tedious legal challenges by the makers of prototypes that aren’t chosen.

“If his advisers are doing him the appropriate service they should be, should say, … ‘You know that you can’t get involved in the procurement process and indicate your preference of one over another,’ ” Ahearn said. “Because the technical evaluations, the cost evaluations, everything that goes into that whole process is pretty well scripted and laid out in regulations, so you start to deviate from that and freelancing, it’s reckless and perhaps trending toward an ending nobody wants, which is filled with protests.”