Toys ‘R’ Us could go out of business next week 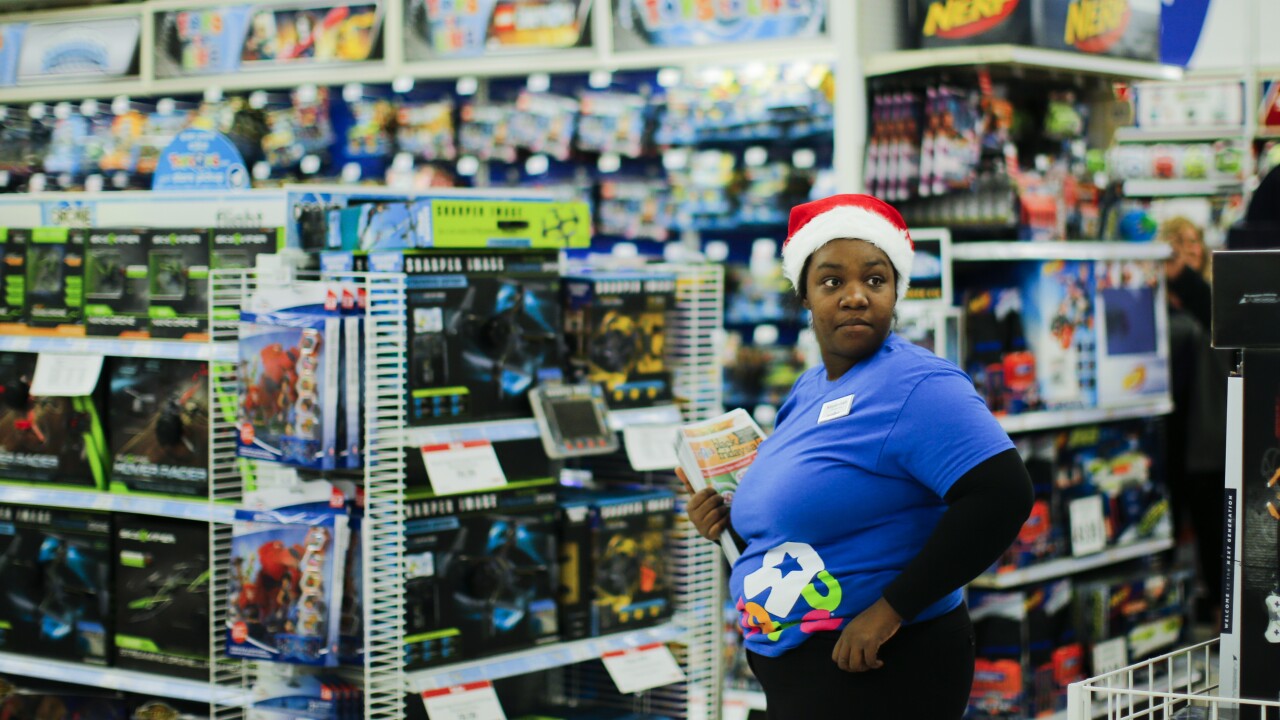 PARAMUS, NJ – NOVEMBER 24: A worker waits for shoppers at the Toys”R”Us store during early Black Friday events on November 24, 2016 in Paramus, New Jersey. Although Black Friday sales are expected to be strong, many shoppers are opting to buy early or online, with retailers offering year round sales and other incentives that are expected to ease crowds. (Photo by Eduardo Munoz Alvarez/Getty Images)

NEW YORK — Bankrupt retailer Toys “R” Us may shut all its US stores as soon as next week, according to several reports.

Smaller toy company Jakks Pacific fell nearly 5% too. Canada’s Spin Master, which owns the popular line of Hatchimals toys, was down about 3% as well on the Toronto Stock Exchange.

And everything isn’t awesome for privately held European toy giant Lego either. The plastic bricks maker reported its first sales drop in thirteen years earlier this week. So these are clearly tough times for the toy makers.

A spokesperson for Toys “R” Us declined to comment on the liquidation chatter.

Toys “R” Us recently went into administration in the UK, paving the path for stores there to shut their doors. And the potential closing of Toys “R” Us in America would be a particularly huge blow to Hasbro and Mattel.

According to recent regulatory filings from both companies, Toys “R” Us accounted for nearly 10% of the companies’ overall sales.

To our loyal customers: We’ve seen an amazing outpouring of love and support in recent days and we truly appreciate it. Our stores are open for business, ready to bring joy to children wherever we can, and to help new and expecting parents navigate raising a family.

Toys “R” Us is the last megastore dedicated to toys. Without it, toymakers will struggle to promote anything but their most popular items.

The death of a top customer is the last thing that Mattel and Hasbro need right now.

Mattel’s overall sales during the fourth quarter (i.e, Christmas) fell 12% from a year ago, led by big drops for the Fisher-Price, American Girl and Lego competitor Mega Bloks brands.

Hasbro reported a decline in sales during the fourth quarter, despite the fact that the Nerf and My Little Pony owner now holds nearly all of the lucrative licenses tied to movies from Disney and its many other studios — Pixar, Marvel and Lucasfilm.

Hasbro said that Star Wars product sales actually fell in the fourth quarter, as did sales of Disney Frozen toys.

The softness in the toy industry is partly due to the rise of video games and other high-tech toys that kids are increasingly playing with instead of action figures, dolls and board games.

But the shifting tide in retail isn’t helping either. The dominance of Amazon has put pressure on many consumer products companies as Amazon has made a relentless push to lower prices.

Recent struggles at Walmart and Target are also hurting Hasbro and Mattel.

Walmart is the largest customer for Mattel and Hasbro, accounting for about 20% of total sales for each toy maker. Both toy companies get nearly 10% of their revenue from Target too.

So what’s next for Mattel and Hasbro? Investors are still hoping that Mattel’s new CEO Margo Georgiadis, formerly an executive at Google, will be able to turn around the company with a greater focus on interactive toys.

Time may be running out for both companies though, which is why there have been frequent rumors that Hasbro may buy Mattel.

Investors have dreamed about a possible merger between the two companies since November, following a story in the Wall Street Journal that said Hasbro was going to make a bid. Reuters later reported that Mattel turned Hasbro’s offer down.

Takeover chatter resurfaced in late January. A spokesperson for Mattel told CNNMoney at the time that the company had no comment on the new speculation. Hasbro did not get back to CNNMoney.

But as long as both companies continue to struggle, expect merger rumors to keep swirling.