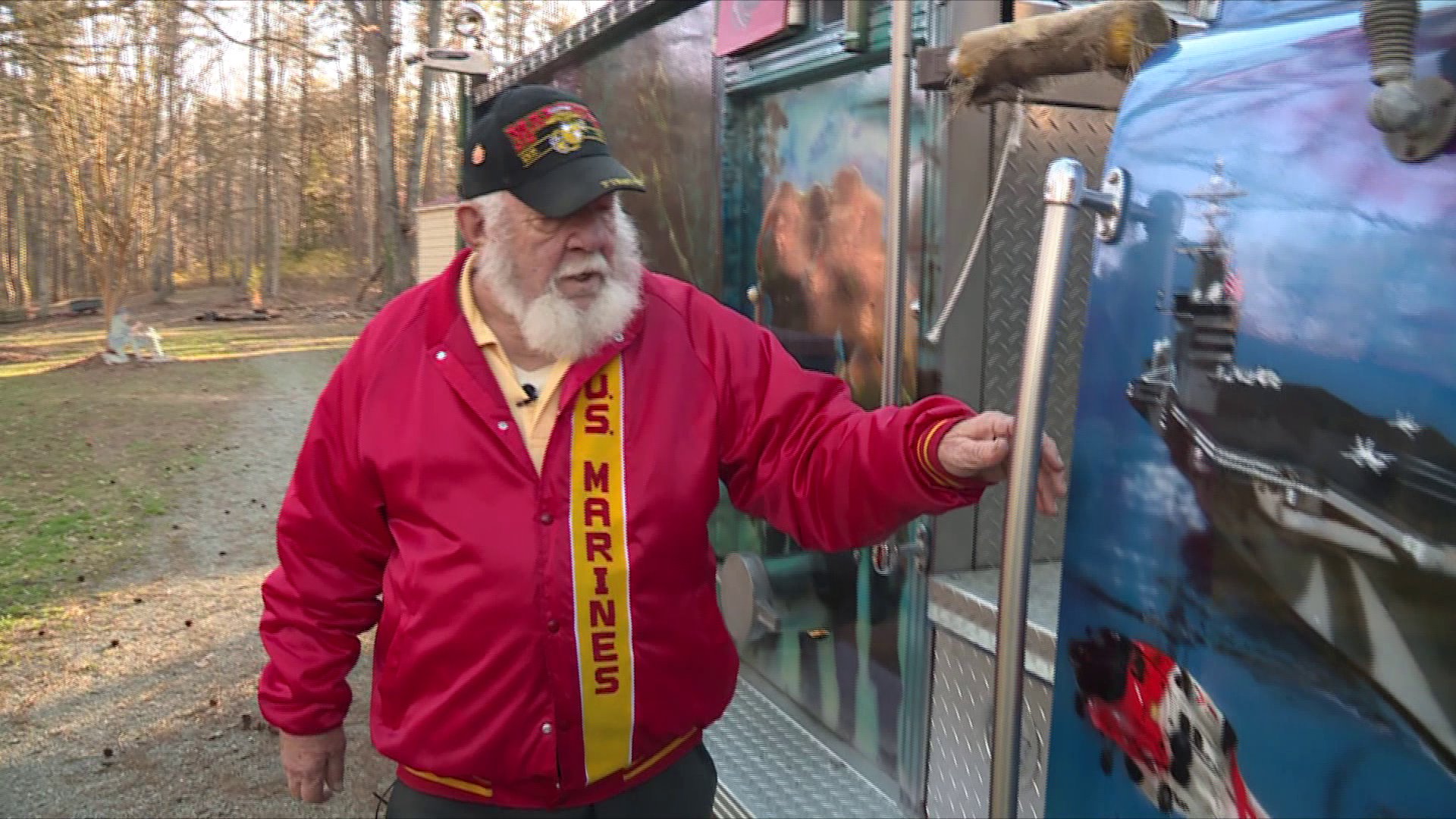 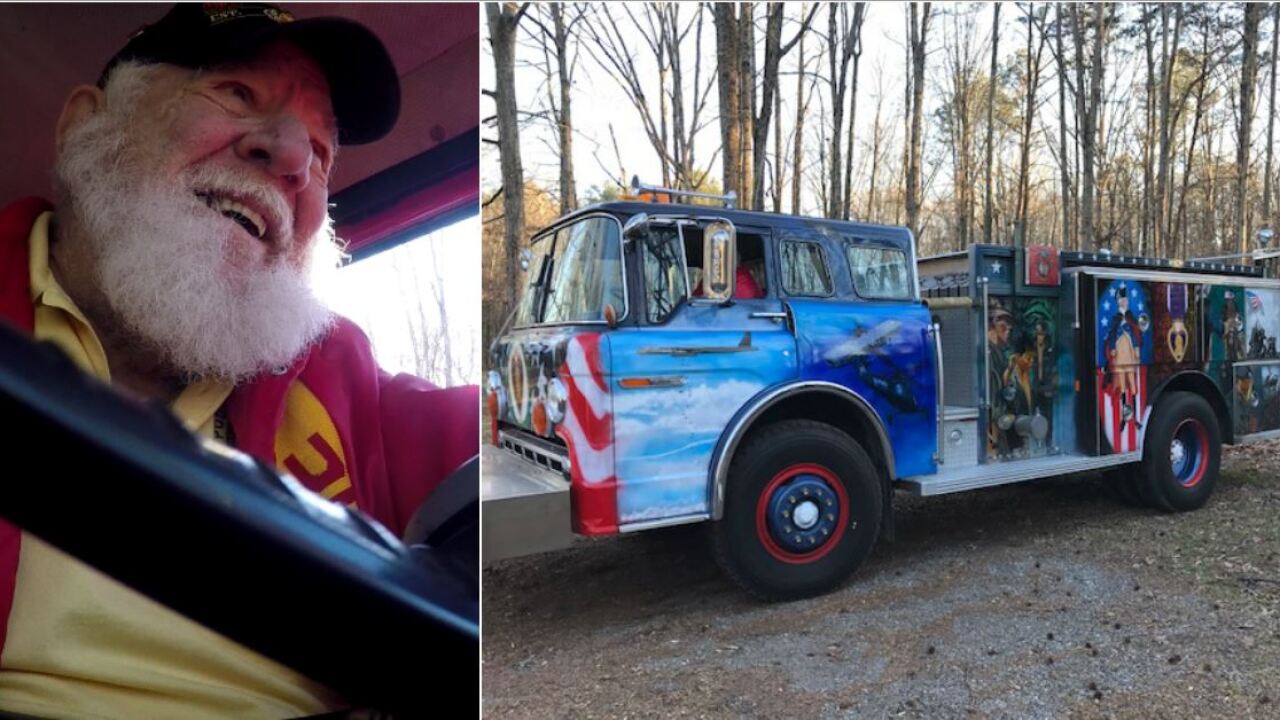 ROCKVILLE, Va. -- Some children dream of becoming a firefighter, but Herb Delbridge wanted to ride like one.

The Rockville man’s wish came true in 2014 when the 77-year-old found a rusted firetruck on the side of the road in Middlesex County.

Herb’s vision was to honor fellow veterans and those who never came home.

“I’ve seen death too many times and too much around me,” Herb, who survived a hellish period as a platoon sergeant in Vietnam, said. "The truth is I lost so many Marines while I was there. I lost so many in the nine months that I was there. So I felt like I had to do something for the veterans."

Herb lives with scars - both inside and out.

But Herb is finding brighter days on four wheels.

He spent tens of thousands of dollars of his own money on restoring and creating the Purple Heart Firetruck.

Herb shares his moving memorial with everyone across Central Virginia.

"I've gone to the Oyster Festival. Warsaw. Powhatan. Parades. Sandston," he said. "It is worth every penny."

His vibrant vehicle elicits salutes and stares from those who served.

"You should see the reaction and the tears in their eyes when we come," he said.

Each branch of the military is represented, bumper to bumper.

Ken Hayden airbrushed Herb’s vision into reality. The artist never worked a canvas like this.

"We kept adding to it till it was done. It was morning till night four months," Hayden said. "It is a one-of-a-kind job. It will never be done again. Guaranteed that."

Herb could not be more pleased.

Linda Delbridge had initial doubts about her husband’s wishes, but she said her husband’s all-consuming hobby has pulled him out of debilitating PTSD.

"He is now comfortable with himself... is the best way I can put it. He went through a lot," Linda said. “Yes. Lot of joy. And pride. A lot of pride.”

In high demand, Herb Delbridge is literally gearing up for the upcoming parade season which lasts from April to December.

His golden years are anything but R&R. It was never Herb Delbridge’s intention to save anyone with his most prized possession. But little did he know his own Purple Heart Firetruck would rescue the man behind the wheel.

"I wouldn’t trade it for nothing now. No I wouldn’t," Herb said. "Something I have to do. It keeps me going. My heart tells me I have to do it. So I’m going to do it till I die.”