RICHMOND, Va. – Richmond Police are asking for the public’s help to identify three suspects accused of breaking into vehicles and stealing items in the Shockoe Bottom neighborhood.

Police said the suspects are wanted for two separate incidents.

“Officers responded to the 00 block of S. 19th Street for the report of two vehicles broken into. The victims stated the suspects had smashed the windows of both vehicles. Items were reported stolen from one vehicle, according to a Richmond Police spokesperson.

The second incident reportedly happened on Saturday, Jan. 6 between the hours of 10 p.m. and 2:45 a.m.

Surveillance video shows the suspects driving into the parking lot in an Infinity G35 and two suspects breaking into the vehicles.

Detectives believe at least one suspect was involved in both incidents. 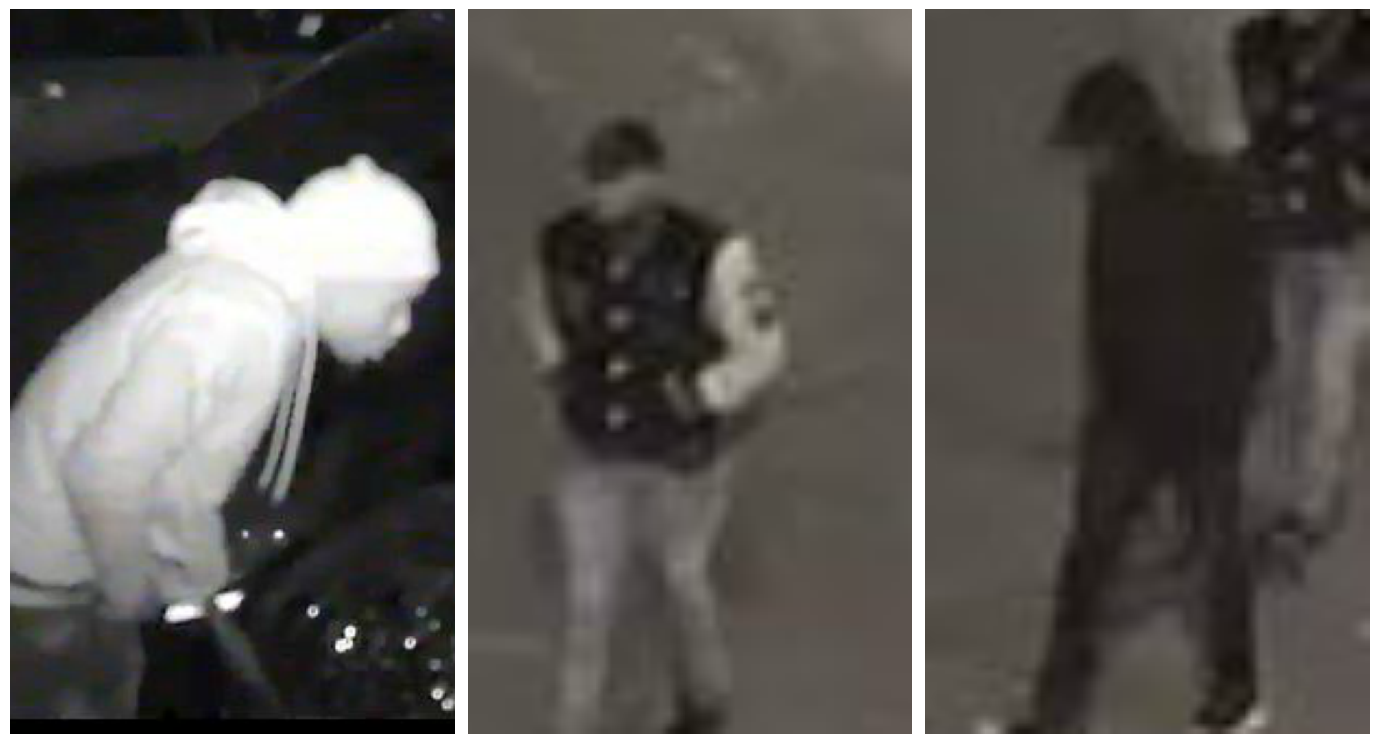 Detectives ask anyone with any information on these incidents to call Second Precinct Detective T. Wilson at (804) 646-0672 or Crime Stoppers at 780-1000.