A high wind warning is in effect for much of Virginia

RICHMOND, Va. -- The monster storm off the coast of the northeastern United States continues to cause strong wind gusts across the Commonwealth.

High Wind Warnings remain in effect into Saturday morning for much of Virginia.

Wind gusts in the warning area, which includes Henrico County and the City of Richmond, will exceed 40 mph with some areas seeing gusts up to 60 mph.

There will be higher gusts near the coast, in northern Virginia, and in the mountains.  A Wind Advisory is in effect for areas just west and southwest of Richmond.

Here is one computer model's output of gusts.

The coastal speeds in this model may be a little too high.

Wind speeds on Sunday will be much lighter, averaging 5 to 15 mph. 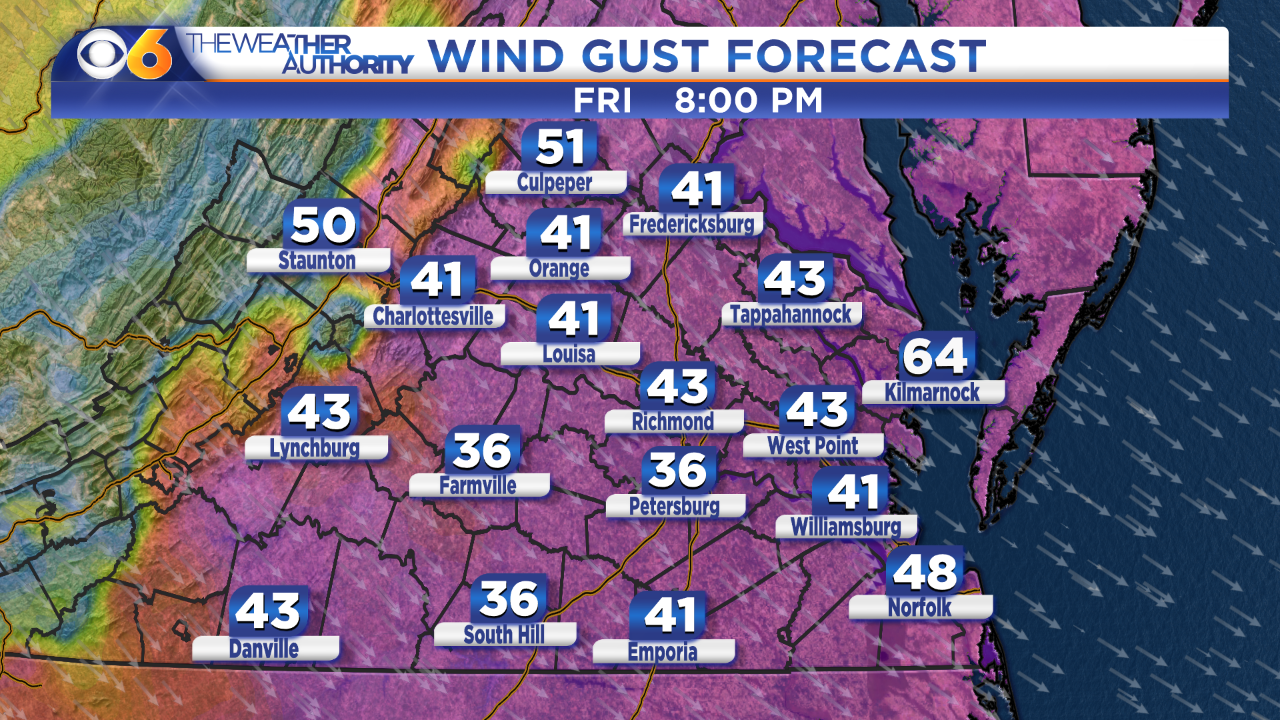 This storm has caused widespread strong gusts and wind damage, including downed trees and power lines, from the Carolinas up through New England..

Much of the state has been dry over the past year, with some sections in a moderate to severe drought.

This has caused stress in trees, and the recent rainfall has softened the ground, allowing the winds to bring the trees down.

The nor'easter storm will move away from the coast over the weekend, causing winds to gradually decrease.  While we have had wind from the system, the northeast has had wind, rain and heavy inland snow.

The storm will also produce wave heights around 40 feet over the open Atlantic.

Locally, there will be some coastal flooding for water levels up to three feet above normal during high tide cycles.  Norfolk, Virginia Beach and the Eastern Shore will be most impacted.