RICHMOND, Va. – Two people have been displaced after a tree fell on a Richmond home while firefighters were battling a fire at the residence.

Captain Earl Dyer with Richmond Fire says around 11:40 a.m., fire crews responded to a call for a house fire in the 3200 block of Cliff Avenue.

Upon arrival, crews saw heavy smoke through the attic of a single stay wood frame home. Firefighters also had to deal with an active power line nearby. 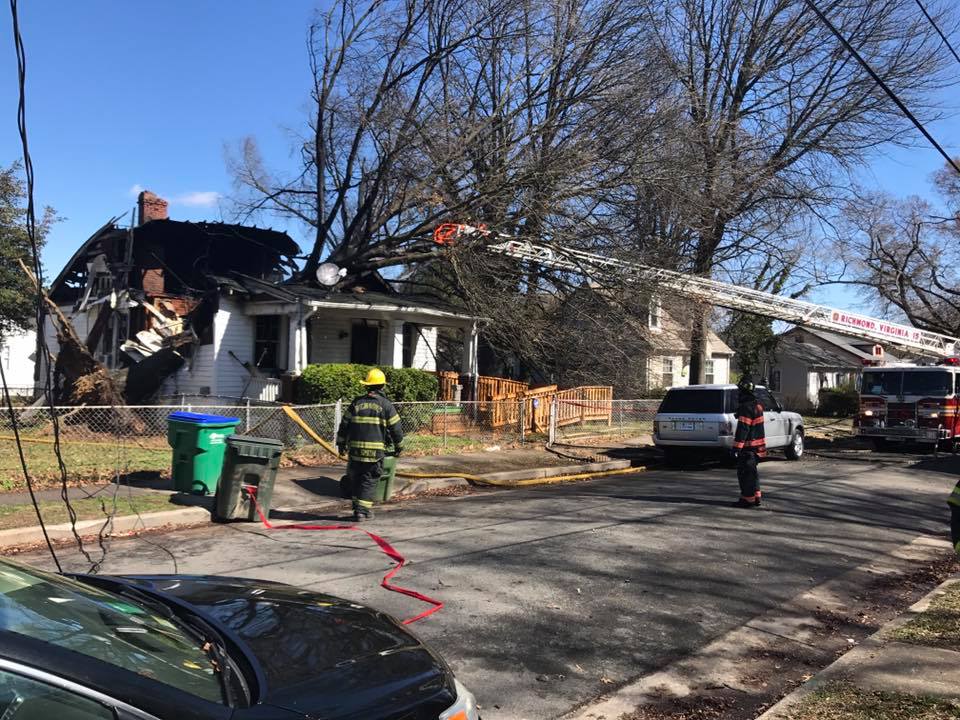 Capt. Dyer said around 12:15 p.m. a second alarm was pulled for additional resources to battle the “heavy fire.”

At some point the tree next to the house gave way and crashed into the home.

The home is considered a total loss, according to Dyer.

An adult male and female have been displaced. The Red Cross has been contacted to assist the family.

There were no injuries in the fire.

Capt. Dyer says residents heard a “pop” before the fire started. Officials say a fallen power line is to blame for igniting the fire.