RICHMOND, Va. -- A major nor'easter storm will develop off the Virginia coast Thursday night into Friday morning.  The storm will then track up to off the New England coast on Friday.

The impact to Virginia will be a big increase in wind speeds.  Advisories and warnings have been issued for Friday into Saturday.  Wind speeds will gradually decrease Saturday afternoon, and will be much lighter on Sunday.

Here is one computer model's output of gusts: 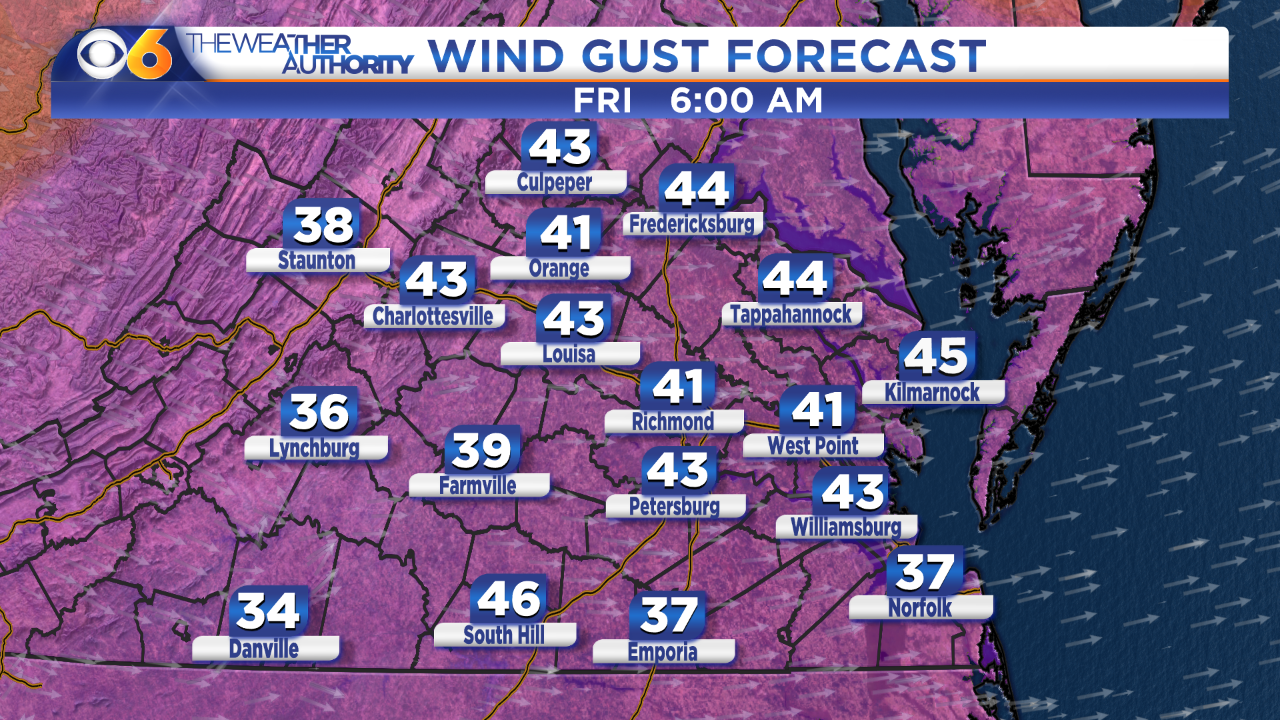 The strong winds could cause power outages.  The wet ground may make some trees fall more easily in the strong wind gusts.

The nor'easter will have big impacts on the northeastern United States.  In addition to strong gusts, heavy rain will fall near the coast.

Inland areas will see some heavy snow, especially across central New York, where over two feet may fall.

The low pressure of the storm and the strong winds spiraling around it will have far-reaching effects.  Wave heights will be increased along much of the eastern seaboard, and waves in excess of 30 feet will occur over the open Atlantic.