HANOVER COUNTY, Va. – Multiple students were aboard a Hanover County school bus that was involved in a two-vehicle crash Tuesday afternoon. The crash happened on Route 1 around 3:30 p.m. after the school bus was rear ended by the driver of a work truck, according to investigators.

There were 11 students on board the bus from Henry Clay and John Gandy Elementary schools.

The students were checked out on the scene, but school officials said there are no injuries.

The driver of the truck was charged with reckless driving.

The crash occurred on Route 1, about two miles north of Ashland. 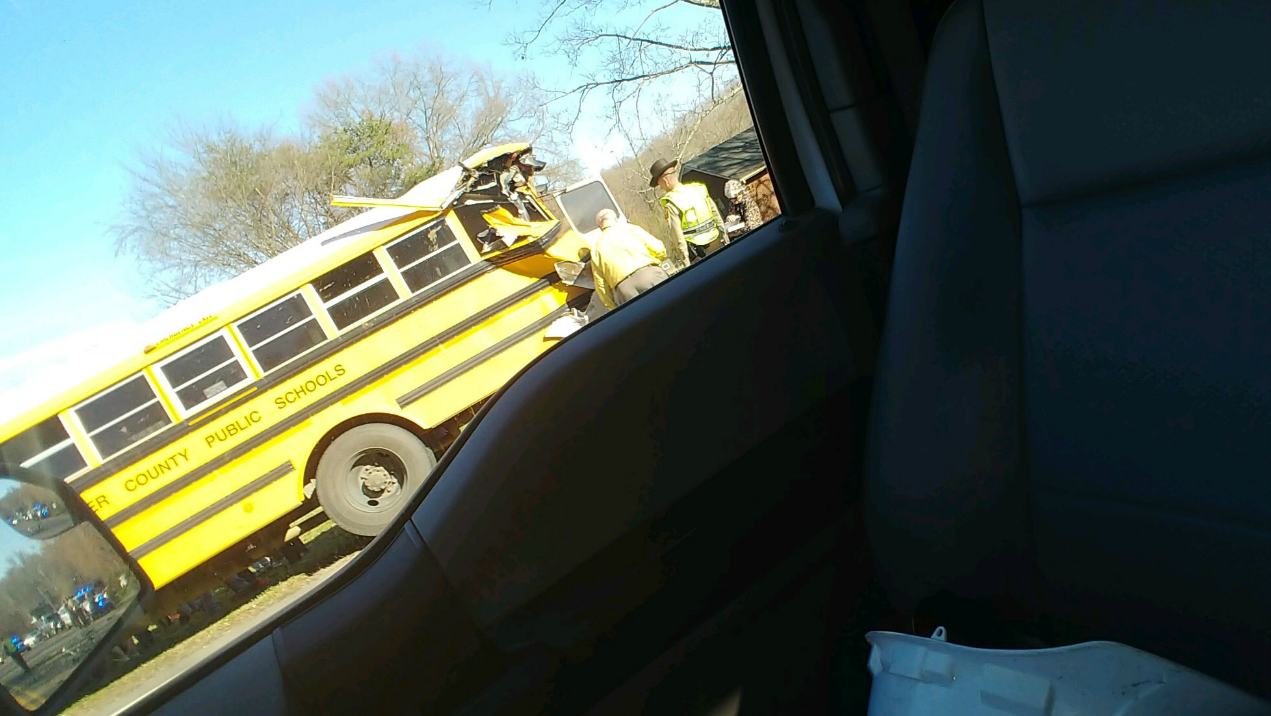