YORKTOWN, Va. -- The optometry employee shot during what deputies called a "personal dispute" outside the entrance to the Yorktown Walmart Thursday morning has died.

A deputy sheriff was pulling into parking lot of the store, located at 2601 George Washington Memorial Highway, when he witnessed the shooting and called for more units at 9:35 a.m., officials said.

That deputy apprehended the suspect, 34-year-old Cindy N. Bryant of the 2000-block of Winfree Road in Hampton.

She was transported to Virginia Peninsula Regional Jail where she was charged with first-degree murder, abduction and two counts of use of a firearm in the commission of a felony. 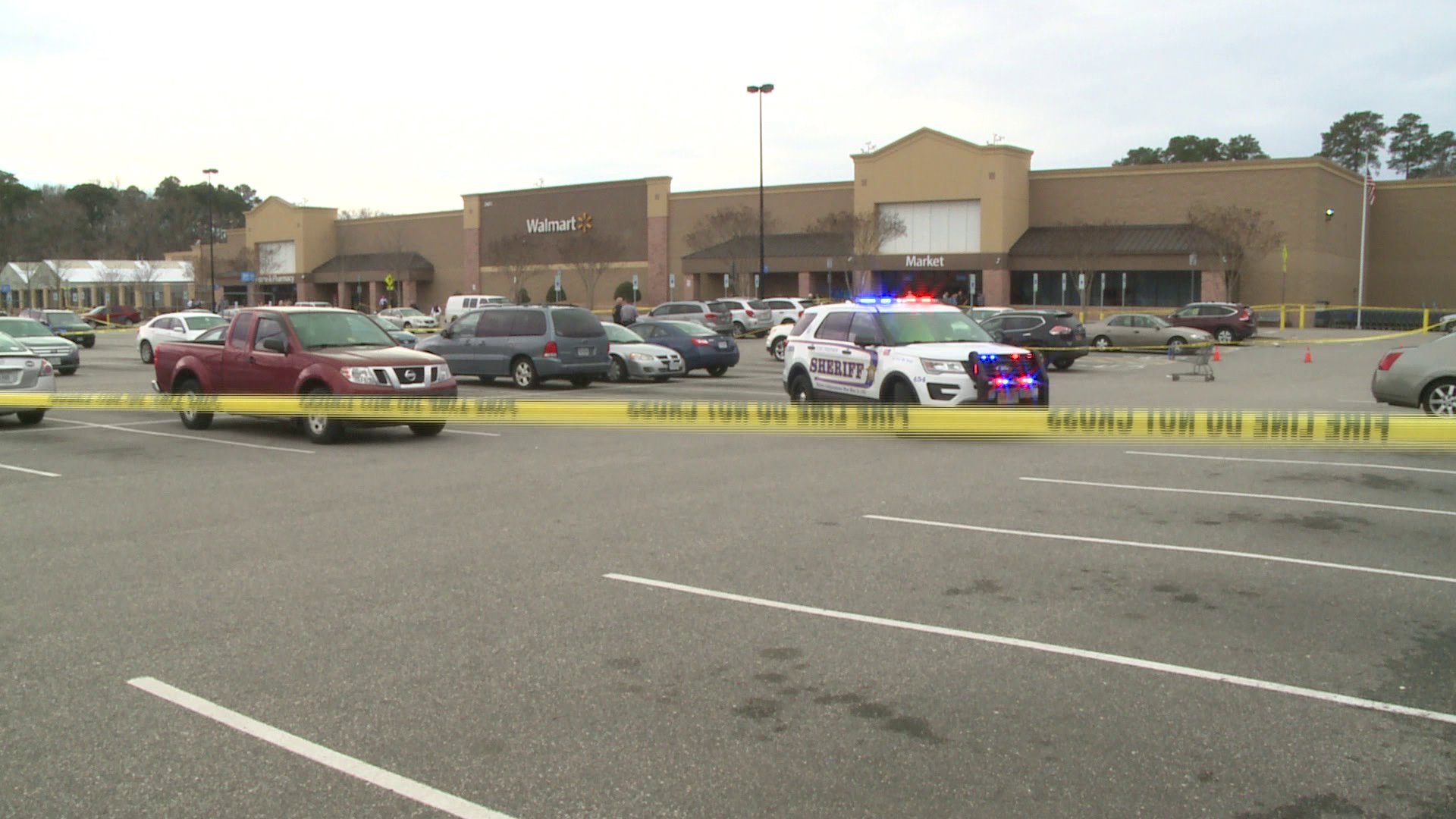 She was transported to Riverside Hospital where she died of her injuries at 12:30 p.m.

"This is an isolated incident between two persons who knew each other and were having a personal dispute," York-Poquoson Sheriff's Office officials said in a news release. "The situation began inside the Optometrist Office where Jean Bryant worked."

Officials said Cindy Bryant abducted Jean Bryant from her work area and then shot her several times in the abdomen near the store's main entrance.

Officials noted that Jean Bryant was not a Walmart employee, but worked for the optometrist office that leases the space in the store.

Deputies said the investigation into the shooting is ongoing and that other charges may be filed in the case.