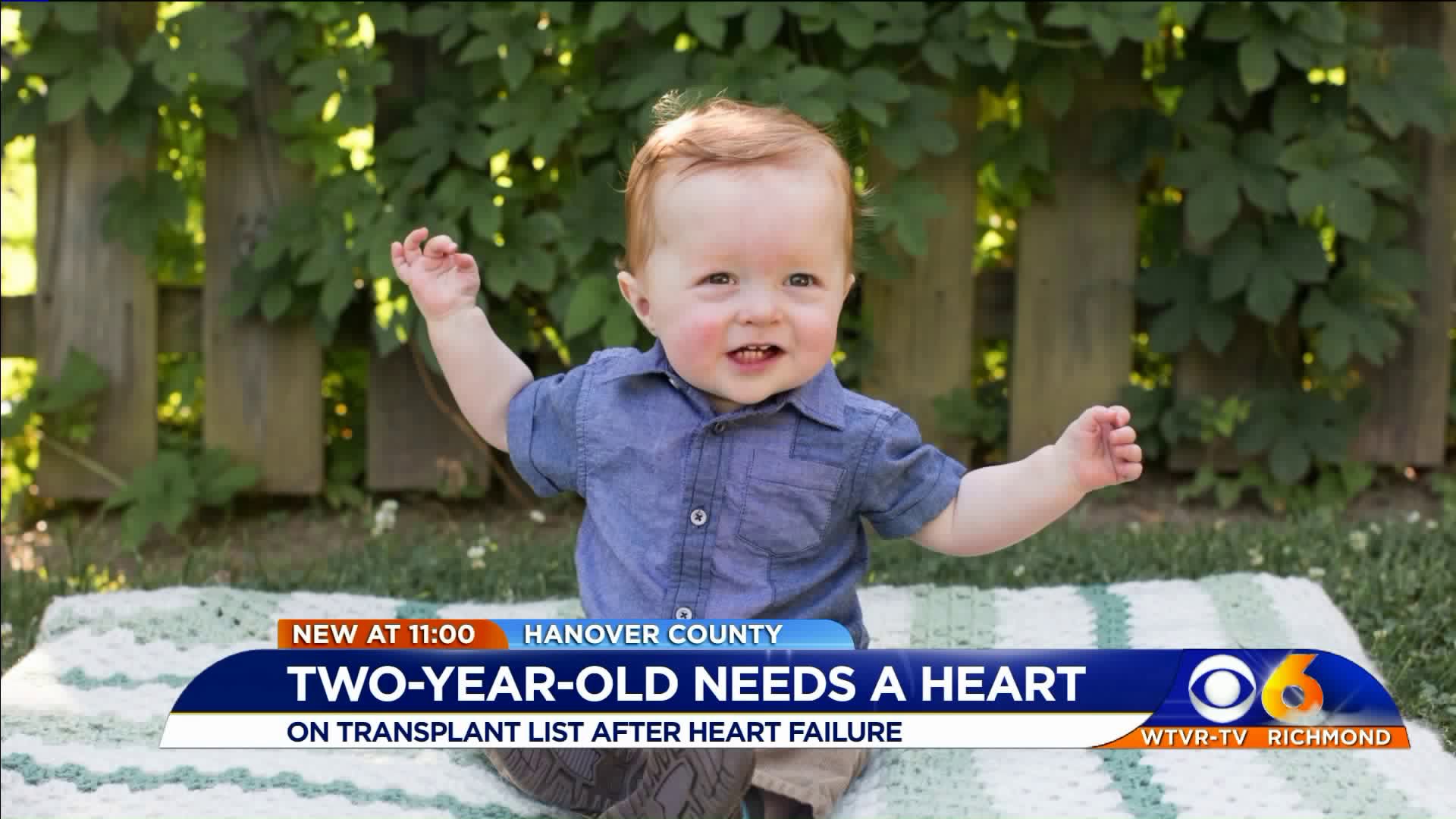 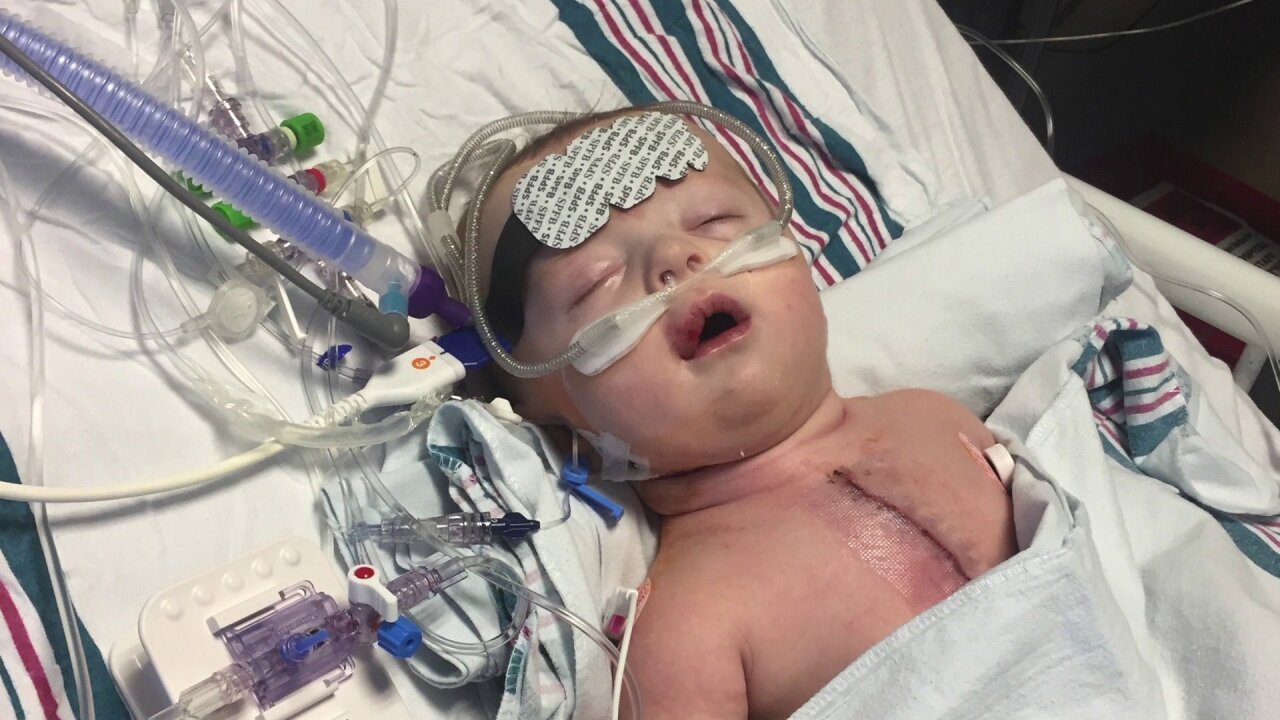 HANOVER COUNTY, Va. -- A Hanover family is praying for a heart this Valentine’s Day.

Like all one-year-olds, toddler twins Stonewall and Hawkeye Chappell love to run and play, but unlike most, Stonewall runs out of energy with every step he takes and has to lay down to take a break.

While pregnant with the twins, Ashton and Rick Chappell learned at their 20-week ultrasound appointment that Stonewall had Hypoplastic Left Heart Syndrome.

“She’s like oh there’s a shadow on his heart, let’s go back and look at this one again,” explained Ashton.

They soon learned that Stonewall essentially only had half a heart. “The left side of his heart did not develop in utero, so he only has one functioning ventricle,” she added.

“I can’t put it into words, it was… I guess devastating would be understating it,” said Stonewall’s father Rick Chappell.

A week after his June 13, 2016 birth, Stonewall underwent open heart surgery. He had his second surgery four months later in an effort to convert his body’s circulation to function with a half of heart.

He was thriving until he got ill last April.

“He had gotten a cold and had some alarming facial swelling and his cardiologist said this warrants a catheterization,” said Ashton.

The Chappells learned Stonewall was in heart failure.

“Oh my gosh, it was devastating,” said Ashton. “It wasn’t on my radar at all.”

Stonewall was added to a transplant list in May 2017 but his heart is responding well to medication.

“We do realize they are going to lose a child for our baby to be saved and that’s another reason for us to continue to pray that Stonewall’s heart provides for him for as long as possible because every day that he remains healthy and does not get a heart means that another family is keeping their little boy or girl for that much longer,” said his father.

The Chappells have their hospital bags packed. Not for the daughter they are expecting in April, but for the call that will save their son’s life.

“Stonewall did show up on a list he was 30 or 40 on the list and we’ve seen lists come out that Stonewall was number five and the heart went to baby number four,” said his father Rick.

His parents were told on average one could wait a year to find a donor.

“We have to live life declaring the positive which is that Stonewall will be healed and he will get his new heart and he is going to do great things with this wonderful gift,” said his mother.

“This little guy he is my hero he’s the toughest guy I know,” said his father.

The family is diligent about keeping a germ-free home because an illness could be devastating for Stonewall.

The couple hopes that Stonewall’s future donor family will be a huge part of their lives and they pray for them as the loss they will experience will save Stonewall’s life.

“We pray for them every night just for strength and comfort during every parent’s worst fear,” said Ashton.

The Chappells say this experience has strengthened their faith and they ask everyone to pray for their son.

“We just can’t wait to have him feel good and have a whole heart,” said his mother.

The family has started a GoFundMe page to help raise money for the substantial medical bills and expenses Ashton and Rick will face.

According to Donate for Life more than 2400 Virginians are waiting for a life-saving organ transplant right now and one donor can potentially save as many eight people through organ donation. To register, click here or you can do it the next time you are at the DMV.​